An Actual Fool-Proof Way to Split Your Check

Splitting the check has long lived on a fault line of perceived maturity. We’ve all felt the seismic rumblings over dotted-line niceties, followed by aftershocks of bruised feelings, reeling bank accounts, and tidal waves of after-dinner, passive-aggressive Venmo emojis. Friendships have been ruined. Dinner parties turned to Donner Parties. Posi-post-brunch-vibes, unplugged. Bill-cleaving has become a trope of situational comedy and even Silicon Valley startups have thrown their hats in the ring, creating apps that do the work for you.

But what is truly the sensible move here? Do you split evenly, or go order-by-order? Do you just put it all on one card and fly by IOUs? When you reach a certain age, requests for personalized checks at group dinners are oft met by groans and whispers of "tight-ass," (not the good kind). But is this free-wheeling communal splitting -- and not the devil's avocado toast -- why our generation can't afford to buy homes?

The truth is, the ability to successfully split a check with friends, acquaintances, and assorted frenemies can be both a benchmark of maturity and your own personal bildungsroman, which is always nice.

You just have to know how to be smart about it, dummy. 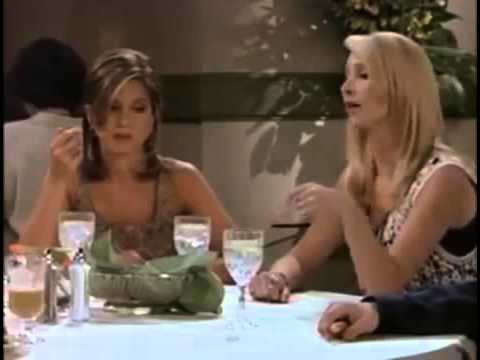 Let’s burn through some anecdotal thoughts on community check-cleaving you've probably overheard, or said yourself (no shame):

"It’s much, much easier for the server to just split the check evenly. Don’t be an asshole."

"I didn’t order any alcohol, I shouldn’t have to pay as much."

“We’re all adults with jobs, let’s just make this simple. Why are you being so uncouth and cheap?”

"What?! I ordered the cheapest thing on the menu, and you got the lobster-stuffed lobster burger with a side of gold-plated truffles! Also, what does uncouth mean?"

As you peel the layers of argument off the core issue here (that issue being money), per usual, every pro is trailed by a con, and every answer unleashes another Kraken-sized quandary. But let’s do our best to chisel away at some common threads, starting with the big floppy etiquette elephant:

It is (obviously) much easier for servers to split the checks evenly, and even easier to not split at all.

By asking your server to split the check -- whether it’s before you order, after you order, or three days ahead of your reservation to simply avoid the awkwardness -- you are inherently causing more work for them. But that doesn’t make you a dick.

Being a dick to your server is treating them like servants. It’s snapping your fingers for service, or stuffing disgusting napkins in your water glass.

Asking a server to give everyone a separate, order-specific check is like asking the quaint jazz trio that plays your wedding to specifically learn "Love Shack," because it's "your song." Sure, it’s a annoying, but it's part of the gig. Most restaurants operate with computerized POS systems that allow the servers to place items on separate bills fairly easily. The "hard" part is organization. If you are polite and clear, splitting several checks -- even unevenly -- should not be an issue.

So in the end, this isn't a game of Monopoly: There are definitely some clear, definable rules, here. You can't just flip the board over and be done with it if your sister has more money than you do.

If you are a member of the generational group we should all collectively refuse to refer to as "millennials," you need all pertinent information distilled into acronyms, portmanteaus, and other snackable bites of shareability. No problem: Allow us to introduce the S.P.L.I.T.™ check system, a serviceable guide to splitting every check, ensuring your next power lunch doesn't end in fisticuffs. (Not available in stores.)

S - Six cards is the absolute freakin’ limit if you want individual specialized checks -- and even that is pushing it. If you are splitting things evenly, there’s a little wiggle room (depending on the restaurant), but this is basically the breaking point. If you go over, you better be dropping at least 25% on the gratuity line.

P - Plan ahead, and order accordingly -- for everyone’s sake. Make sure the conversation isn’t kept to a scramble at the end. Have a game plan. If you want individual checks, tell the server first. Before you order four Bloomin’ Onions, make sure your mates know you are going communal, and are cool with it.

L - Logic. Don’t forget it. If you know your friend Red just got laid off from the plant and is hard up on cash, don’t be pissed if he wants his own check when you go HAM on various ham plates (and also, this makes sure the rest of the table is not bound by one person’s budget). And no two situations are the same: If you are in a tiny but packed mom-and-pop with one server, try to put it all on one card. These situations are subjective, and you need to treat them as such. Common sense is the best way to assuage any problems. In life, and in checks. This is the golden rule of check-splitting.

I - iPhones, and by proxy apps like Venmo, have made it ridiculously easy for money to change hands -- so use ‘em. In previous decades, the issue with one person putting the whole check on their card might have been more severe. Imagine having to wait till the first of the month for the town savings and loan to open so your friends can withdraw a roll of silver dollars (assuming that’s how things used to work). Now you can pay your buddy back at the literal speed of light.

T -  Teetotalers must be heard and accommodated; this is an extension of the logic part, but it deserves its own slot as it is one of the most common gripes. Alcohol is a delicious, slippery lubricant that helps us talk to strangers, but it also ruins friendships. It’s expensive. And if you aren’t drinking, you probably don’t want to pay for everyone else's dranks. It's not really fair.

Ultimately, even the air-tight rubric of an expertly crafted acronym can't be universal. The rules of the restaurant world are not black and white: They’re more like a mashed potato cream color, with specks of brown, crispy skin tossed in to make things more exciting... even if they get stuck in your teeth sometimes. But that's why we have toothpicks!

The only true, mature way to tackle the check -- and actually, most adult problems involving other humans and money -- is a healthy spirit of compromise: the utilitarian toothpick of adult problems. This willingness to be malleable is far more mature than any half-baked stance you have on splitting. So use these rules as a general guideline, a primer. They are not doctrine. Your focus should rest on being open, being considerate, and thinking outside of yourself... even if it’s just for one meal.

In other words: Grow up, dummy!

Wil Fulton is a staff writer for Thrillist. He doesn't ask for separate checks, but always asks for separate plates. Follow him: @wilfulton.