Break out of the confines of the simple s’mores recipe with these easy hacks. 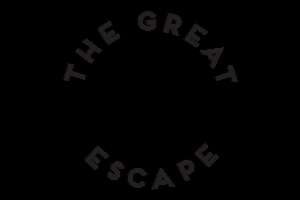 The anatomy of most standard s’mores is pretty simple: melted chocolate and gooey marshmallow are sandwiched between whatever store bought graham crackers you can find. While the results are always nostalgic and sweet, the basic s'mores rubric also contains worlds of possibilities. Maybe you want to celebrate seasonal ingredients like pumpkins or citrus, or incorporate flavors from other desserts or even cocktails. So long as your creations contain the same crunchy, chewy, and melty textures as the original, you can make s'mores perfectly suited to your favorite flavors and with ingredients that feel gourmet.

How to make creative s'mores recipes

“There’s an unlimited amount of creativity, it’s endless,” says Kenzie Bindrup, the marketing and community manager at 1927 S’mores. “That’s the beautiful thing about it.”

With summer camping season looming, we asked Bindrup to share all of her tips about upgrading a basic s’more to gooey, flavorful perfection. “The best part is,” she says, “you can make whatever you want.”

When in doubt, add fresh berries

“Fresh berries just elevate the whole experience,” Bindrup shares. Past menus at 1927 S’mores have included a lemon meringue s’more that's served with lemon curd, a tea-infused marshmallow, and fresh raspberries. The matcha s’more, which arrives with a matcha marshmallow and also has fresh raspberries, has the brightness of the berries to cut through the bittersweet matcha.

It might be helpful to remember that s’mores don’t always have to include chocolate, either. That said, if the melted chocolate is your favorite part of each s'more, then pairing it with raspberries, strawberries, cherries, or even orange certainly won’t hurt.

Your pantry is already a treasure trove of ingredients you know and love, so venturing in it for a s’mores-inspired concoction is a natural next step.

“I tried an original s’mores kit and used cookie butter from Trader Joe’s, crushed potato chips, and sliced banana,” Bindrup explains. “It was so good.”

As you consider customizing your s'mores recipe, look for spreads, cookies, chips, toasted coconut shreds, and anything else that can give your creation a pop of flavor and textural elements.

Salty and sweet go together

See above. Whether it’s crushed potato chips, pretzels, saltine crackers in lieu of traditional graham, chopped peanuts, or just a sprinkle of flaky salt on an original s’mores, salt can take your treat to the next level and really coax out different flavors.

Find inspiration in your favorite desserts and cocktails

“I’m a huge fan of pumpkin pie. So obviously why not create a pumpkin pie s’more?” Bindrup says. Plus, she used the classic cocktail the Old Fashioned as inspiration for her whiskey caramel marshmallows, which were featured in s'mores and sold at retail.

For recipe and development, it’s important to consider desserts and cocktails that already work and can be s’mores-sified. This is especially true of pies that already have graham cracker crusts—all you need pumpkin pie filling, custard, or canned peaches to bring the whole thing together.

1927 S’mores changes its menu quarterly to reflect the seasons, which means fresher produce and more creativity during menu development. And so, a summer menu might feature s’mores made with spiced mango compote and a chai-inspired marshmallow. Other seasonal offerings have included a lemon meringue, pumpkin pie, and cocoa mint s’mores.

Because the s'mores rubric is so versatile, so long as each iteration includes the basic components—chewy, melty, crunchy—the sandwiches can morph to suit the seasons.

“Portland is very focused on local love,” Bindrup says. “We use a lot of local ingredients.” At 1927 S'mores, that means using locally sourced honey for house-baked graham crackers, spirits from a nearby distiller to make the whiskey caramel marshmallow, and local teas for the tea-infused marshmallows.

You can apply that same mentality to your own s’mores. You don't have to bake your own crackers—though, if you do, they'll be delicious! Otherwise, if you can find local produce, honey, and jams to incorporate, your s’mores will be all the better for them.