From Iberian prawns to South Asian curries, they are the crowning glory of the seafood world. 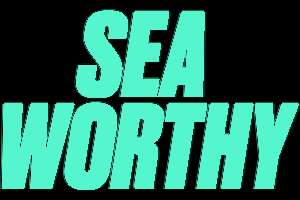 We’ve all seen travel shows where the host (maybe reluctantly at first) sucks the juice out of a fish head and, eyes widening, is always pleasantly surprised with the result. Though it can be a discarded part of seafood preparation, this crowning glory is rightly considered a delicacy around the world.

Be it the herb-boiled crawfish from New Orleans, the tender prawns of Portugal, the rich South Asian curries like Keralan meen thala or Malaysian and Singaporean curries, fish heads are full of flavor and should always make it to the plate.

For Asehville-based Katie Button, co-founder of tapas bar Cúrate, she honed her craft in the kitchens of leading Spanish chefs such as José Ándres and Ferran Adrià and that’s where she fell in love with Spanish culture and cuisine. This included making use of the whole fish.

“A prerequisite for flavor in rice dishes like arroz caldoso or a paella is finding use of the heads,” Button says. “Searing them to get that wonderful brown color then simmering them with water to pull out all the flavor.”

In chef Josh Nilard’s cookbook, The Whole Fish, he teaches you not only how to cut, clean, and choose a fish—but also sings the praises of fish heads. In the book, he says that one of the reasons why they’re a culinary delight is that juices in the head of seafood cook along with the meat, leading to a perfectly reducedsauce. Button explains the result: “Fish head is full of an oceanic, briny umami flavor and incredibly sweet all at the same time.”

The same can be said about Bengali, Maharashtrian, and Goan preparations where fish heads are cooked in gravy. Chef Gresham Fernandes, culinary director at Mumbai-based Impresario Hospitality, has childhood memories replete with eating fish head curry and rice.

“While growing up, whenever my grandfather brought home a big fish, we would break it down into big chunks,” he says. “My mom would sit for hours cleaning out each part carefully, it would be put into a bubbling East Indian-style gravy.”

In Indian cuisine, organ-based cooking is often left for the disadvantaged communities, while the main meat goes to the rich. “But now, that’s not the case anymore,” Fernandes says. “Today, fish head is a delicacy, with even restaurants like Noma serving fish head tacos and cod head.”

Part of the appeal of using fish heads is the idea of promoting less food waste. This philosophy can be applied to Asian fish-head curries where fish such as sea bass, carp, red snapper, and sea bream are used whole. In Bengali-style of cooking, this practice comes into play to champion zero wastage cooking, as they cook vegetables from seed to peel, too.

But, of course, it also comes down to flavor. Button says that the fleshy part of the fish, the tail of a prawn, or leg of the crab is mild and sweet, but can be boring in comparison to the flavors found in the heads. Fish heads have more concentrated fat than the rest of the meat and it’s mainly the fat that improves flavor and helps tenderize the meat during cooking.

“While many cultures like to make curries with fish heads, you can start by adding it to flavor soups, stews, and stocks,” says New York-based dietician Amy Shapiro, founder of Real Nutrition NYC. “Just make sure the fish is sourced responsibly.” This method is also used to make ukha, a Russian soup which has stock made out of fish head, then flavored with bay leaves and peppercorn.

Nutritionally, Shapiro gives seafood heads a thumbs up, thanks to their rich omega-3 content, healthy fats, vitamin A, high-quality protein, iron, iodine, calcium, and vitamin D. “These nutrients are cardio-protective, anti-inflammatory, and good for brain and skeletal function,” she says. “They also help build strong bones, immune systems, and muscles.”

All the health benefits aside, there is something primal and downright indulgent about getting the most out of a fish head. Chef Matt Brown, who runs Spanish tapas restaurant La Bodega, says it comes down to that feeling. “What better way to tell you I want to taste this prawn so badly that I am willing to suck out its brains?” he says. “Eating fish head is a version of eating that is driven by appetite and pure pleasure.”

Sonal Ved is a Thrillist contributor and the author of Tiffin: 500 Authentic Recipes Celebrating India’s Regional Cuisine and Whose Samosa Is It Anyway? Her work has appeared in leading publications such as The Guardian, Saveur and Food52 among others.