6 Grilling Styles to Take Chicken From Boring to World-Class

Jason Hoffman/Thrillist
Welcome to Grillist, our annual celebration of all things smoke and fire. Join us all summer long as we get up in your grill with expert BBQ advice, insightful interviews, great recipes, and bad grilling puns -- but mostly those first three. 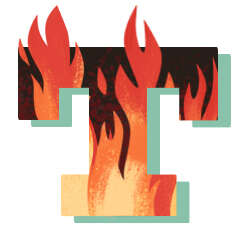 The humble chicken is basically the Ryan Gosling of meats: so beloved and perfect that it's almost blasé (it's also just unbearably sexy, at least according to certain Muppets). And if it's the comfort meat we choose to consume on such a regular basis, why not kick things up a notch by scouring the globe to find different ways to grill it?

To make chicken exciting again, we looked to other countries' grill skills and discovered a ton of fire-kissed cooking methods you can actually pull off at home. From 900-degree ovens to killer kebabs, here are six grilling methods from around the world to step up your chicken game.

Grilling in Argentina isn't just a backyard activity, it's its own ritual. The grill master, or asador, will start things off by getting a wood fire going (gas is largely considered sacrilege). The coals are added on top and left to slowly heat up. When meat is placed on the grill, it's cooked low and slow with minimal flipping, and is usually finished off with a bright, acidic sauce like chimichurri. It's uncommon to use sauces while cooking the meat; most cooks will rely on using a "salmuera" (salt water bath) to tenderize the meat instead. The grill itself varies from its American counterpart in that the rack is at a slight incline. It's V-shaped to help the fat drip down instead of onto the charcoal. You can even modify your own grill at home to get similar results.

How to do it at home: The key element to Argentinian grilling is two-fold. First, you'll want to butterfly and marinate your chicken in a salmuera salt bath before touching the grill at all. Let it sit for at least an hour in the fridge and come to room temperature before cooking. Since Argentinian grills are shaped a little differently than their American counterparts, making a few mods to your grill to get that V shape will really help out your meat. This article breaks down the essence of what Argentinian grilling is really about, while this article shows you how to modify your home grill for maximum char.

The word braai (rhymes with fry) is Afrikaans for "barbecue" or "roast," but the concept of braai moves far beyond its literal meaning. Braai is really a social tradition, an opportunity for people to gather at someone's house and bond over a shared love of meat. The meat -- usually rump steak, lamb, and boerewors (farmers sausage) -- is the star of the show, and while it's not the most traditional, chicken (particularly thighs) can be a showstopper.

Strong spices like ginger, cloves, coriander, cumin, and cinnamon are used to infuse even more flavor into the meat. The feast is traditionally cooked campfire style, with metal grates for grilling meats and Dutch cauldrons for everything else. Gas scarcity means that wood was long considered the traditional method of fuel for a braai, though recent developments have allowed for braais to move onto gas grills at long last.

How to do it at home: Marinades aren't totally necessary here since salt and pepper usually work just fine. If you want to incorporate a dry rub into your meat, however, it's best to do it at least an hour before cooking to give your meat ample absorption time. Build out your braai (barbecue) by keeping it hot with your fuel of choice (wood is traditional) until the embers are completely gray before adding in your chicken. The folks at Cape Town Magazine have a great piece on how to braai like a real master, which you should check out here.

Forget about everything George Foreman said about grilling. The good people of India have managed to sidestep the entire charcoal vs. gas debacle to bed by employing the use of tandoor ovens instead. Tandoor ovens are traditionally made of clay and reach up to a mind-boggling 900 degrees, which is apparently the temperature that makes meat unbearably tender. The chicken (or lamb) is cut up and skewered on giant metal rods before being slipped into the oven. The tandoor spices vary, but tend to consist of garam masala, cumin, turmeric, cayenne, paprika, coriander, and ginger. Oh, and if you don't have a tandoor oven, you can wing it with a common charcoal grill.

How to do it at home: Remove skin and butterfly your chicken (small chickens work best for drumsticks or thighs, otherwise a whole Cornish game hen is ideal), then skewer it. Prepare marinade of yogurt, citrus, and spices for up to five hours. In the event that you don't have an actual tandoor (good on you if you do!), you'll want to prep your grill so one side is noticeably hotter than the other, creating a hot and cool side. Char your chicken on the hot side, then move to the cooler side to finish cooking. Get all the deets you need in this wonderful recipe right here.

Home of the universally adored kebab, there are thousands of ways to grill chicken in the Middle East depending on what country you're in. You can argue for the validity of each, but in my opinion Lebanese food is some of the best out there. The meat starts off with a brief vinegar bath to clean it and is then marinated overnight in a combination of olive oil, lemon, and additional spices like cumin, paprika, or cinnamon with a metric shitload of garlic before touching the grill, which is traditionally a low-sitting, rectangular grill known as a manqal, a low.

The manqal is a popular option in the Middle East on account of the fact that it's portable, meaning you can bring the gift of grilling with you wherever you go. The fat from the meat continually drips down onto the coals, which vaporizes and creates that delicious smoky flavor that caresses the chicken ever so tenderly.

Kebabs are the most convenient way to grill chicken using this method, with skewers generally alternating pieces of chicken between tomatoes, onions, and bell peppers before being served with toum bi zeit -- that famous white garlic sauce that tastes good on anything.

How to do it at home: The manqal adds way more flavor to your chicken on account of the fact that it's charcoal-based, but it's not absolutely mandatory, and you can easily use one of those square grills in a nearby park to similar effect.

Clean and cut your meat into kebab-sized bites before hitting it with a marinade packed with spice and citrus. Cover and refrigerate, then string your pieces along onto wet skewers, giving them a little space and alternating with whatever fresh veggies you've got on hand. Grill on low to medium heat for about 25 minutes or until juices run clear. Add on some tabbouleh salad and pita bread to round the whole thing out. Get your hands on a legit Lebanese recipe right here.

Grilling in Turkey is done by placing meat on lumps of charred hardwood, which infuses the meat with an intoxicating smell as they cook. Unlike the Lebanese-style skewers, Turkish kebabs don't usually alternate between veggies and meat on the same stick. They're flavored with a lot of the same elements as their Middle Eastern counterparts but change things up depending on the region, and can include other elements like dill, caraway, and thyme. Using yogurt in the marinade is common technique that helps keep the kebab moist.

How to do it at home: Mix spices with yogurt for marinade; cover and chill at least 1 hour. While that happens, get an even layer of hardwood charcoal nice and hot until your coals are covered in light gray ash. If you're opting for a gas grill, set it to medium and give it 10 minutes to preheat before adding your meat to the grill. Keep in mind that charred hardwood burns hotter than charcoal (and imparts better flavor to boot), so you'll want to make a smaller or more spread out fire than you would with briquettes.

Add meat and turn skewers once they char on each side for a total cooking time of about 10 to 12 minutes, then transfer to a plate and go nuts. This recipe includes Aleppo pepper, a fruity, spicy pepper native to the Syrian town of Aleppo near the Turkish border. You can always substitute cayenne in a pinch, too.

A stroll down any street in Thailand will reveal a number of food vendors grilling away a variety of delectables, with powerful aromas of lemongrass, chili, and kaffir lime wafting through the air. You can find plenty of meat up for grabs, but the dish you'll want to shoot for is the classic gai yang. Originating in the northeastern region of Thailand, Isan, gai yang is a popular dish characterized by crispy skin coated in spices, fish sauce, and sugar. The chicken is butterflied, flattened, and looped through bamboo skewers and slowly grilled over a bed of charcoal. Recipes vary throughout the region, but the dish is traditionally served with a chili dipping sauce and som tam (green papaya salad) with sticky rice to cleanse the palate.

How to do it at home: Make marinade by crushing herbs and spices in a mortar and pestle or with a food processor. Set aside. Butterfly your chicken and thread on skewers. Meanwhile, prep your grill so that one side has all of the coals piled on high and none on the other. This helps ensure the legs cook through faster than the breasts without drying out your meat. Find the recipe and full how-to here.

Janelle Albukhari has been dreaming of kebabs ever since her first bite in Cairo many moons ago. Follow her tasty adventures on Twitter @jenkhari.