Picture a restaurant future in which a T-1000 scrambles eggs in a frying pan hand while a Jetson-esque robot waits tables out front, her sass-meter dialed to a Siri-torching 11. Then un-think that because that's not how it's going to be at all. As more and more restaurants implement automation, robotics, and human-replacing tech into their business models, the rough outline of our food's future is emerging. And it definitely doesn't involve Skynet (most likely).

Bleeding-edge innovation can be unsettling, and often, that's because we're powerless against what is typically perceived as progress. But Futurist and Networks & Computing Chair at Singularity University, Brad Templeton -- who gets paid to ponder and predict how the world will interact with new technology -- has a few theories on why food's merger with tech might not be so scary at all. He's here to assuage our fears. And also to stop us from basing all our scientific acumen on Terminator movies. Hasta la vista, technical inaccuracy. 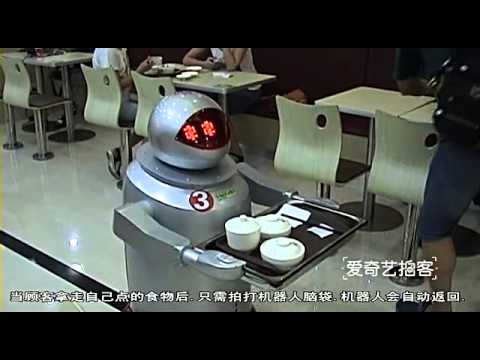 The revolution is already kind of here...

The first step in understanding what automation means, is realizing the moment has already arrived. Wendy's and McDonald's locations, for example, have begun implementing tablet-based ordering stations in the front of restaurants, and Cali-based mini-chain Eatsa (more on that, later) can be viewed as an early nonpareil of what seamless automation should look like. "At McDonald's, a lot of what they are cooking is automated, but needing a human touch at some point," Templeton said. "In the front of house, automation has been popping up in the form of tablets -- replacing waiters -- and I can only see that becoming more widespread. We will probably see a lot of restaurants letting people order food with their phones, too."

And for the air-space luddites who fear a swarm of pizza-carrying drones infiltrating our skies -- that's probably not going to be a thing just yet. "People probably won't stand for that, so it's going to be tough to make that happen on a large scale," Templeton said.

Templeton is currently working on a project (Starship Technologies) that aims to bring self-driving "big bread boxes on wheels" to sidewalks all over the nation. These vehicles will deliver ingredients, delivery orders, groceries, and even single dishes to restaurants and customers alike.

"Drones, self-driving cars, and the vehicles we're working on at Starship are just as big a part of this as anything happening inside the actual restaurants. The distribution of food is a major part of this world, and automation will make it cheaper, and more efficient, for everyone involved. It will play a major role in the next couple decades in so many aspects of life -- food being no exception."

Will robot truckers still honk if you motion to them? That remains a question for another day.

Eliminating roles like delivery drivers, servers, and cooks will make owning and operating a restaurant cheaper, particularly in the long run. These savings should trickle down to the customer. "Deliveries in automated vehicles will cost almost nothing for the customer, maybe a dollar. The prices of food on menus in automated restaurants should reflect this movement," Templeton said.

Of course, this is assuming that all restaurants will drop their prices along with their plummeting expenses -- and business owners in America have a reliable track record of not really caring about extra money, right? Right?! Perhaps some restaurants will include "robot maintenance fees" on every delivery check. If Mexican restaurants in the 21st century are charging for chips and salsa, any egregious fee is possible.

... and it will almost definitely make it safer

"Automated food monitoring will start to become commonplace as well. From making sure everything is cooked properly, to scanning for any contaminants. Plus, with efficient, automated delivery systems, food served in restaurants should be fresher. Restaurants are going to be able to make sure they don't waste any food, and that the food they have is always fresh and safe," Templeton added.

Does this mean robots will someday be able to "taste" food, to see if it's any good?

"Maybe in the far, far future they will be that advanced -- but not anytime soon," Templeton said, confirming that robots can guard our safety for now, but probably not detect a bunk-tasting slice of Buff chick pizza.

It will likely drastically cut down food waste

Americans waste about 40% of their food every year -- that's a staggering 1.3 billion tons. But with fast automated transportation, less food will perish. Human truckers can only drive 14 hours a day, and automated trucks can roll 23 hours a day.

This is probably the most surprising and perhaps the most important facet of food automation. Food waste in America is a major, major problem, with endless environmental and socioeconomic repercussions. But! "Automated systems will help restaurants predict how much inventory they need, and plan accordingly, so there's not excess food. And, with quick delivery using drones or self-driving vehicles, restaurants will be able to order ingredients quickly and cheaply, right on the spot. So overestimating shouldn't be a concern," Templeton said.

Even if machines fail to eliminate all food waste, the excess food we do have can be delivered efficiently to people in need, using the same self-driving vehicles that deliver food to customers at a low, reasonable cost. This is some idealist thinking, but it's still not entirely out of the realm of possibility.

Though it's unlikely that we'll ever lose a human touch altogether in kitchens, a chef working in unison with an automated system is likely something that we'll see. "Restaurants will be able to experiment with new ingredients more often. And the option of having quick delivery drones or self-driving vehicles will allow restaurants to easily specialize in one dish, and efficiently send hundreds of these dishes out to homes in a night," Templeton said.

Which is all good in theory, but what are we sacrificing? Eating is inherently a shared experience, and breaking bread -- or cooking your own food at home -- is cathartic and enjoyable. Will automation spearhead the subtraction of social interaction? It's a fear that may not be unfounded.

"The experience of going out to eat is often as much about the experience as the food," Templeton said. "It's almost like theater. You're going to see automation mainly take over in smaller, takeout-style restaurants. Your fine-dining experience probably won't be changing. Look -- automation is going to be a selling point at first, and the restaurant industry is all about having fresh, interesting draws. But people are still going to crave that human interaction that comes with eating out."

Lee Breslouer, Thrillist staff writer/Dave & Buster's zealot, recently visited Eatsa, a fully automated resto in San Francisco. Though he relished the novelty of the experience, he decided these type of spots will never supplant regular restaurants -- they are their own thing. "Going to Eatsa was like stepping into the future. I swiped my card, ordered from an iPad, which was super easy to use and gave me opportunities for a million customizations I'd be way too embarrassed to verbalize to a cashier," he said.

Automation as it is presented will be for quick takeout restaurants, for diners eating alone, or families who want an affordable meal delivered quickly to their own home. It's not a replacement for the dining experience.

We might also see an explosion of smaller "boutique"-style eateries that only specialize in one specific dish, that might not have been feasible with old-school distribution and business methods (like, before robots). While the gimmick of having a robot restaurant will likely burn bright at the onset of the trend, it will slide into normalcy and find its place in the culinary world. Much like E-readers and traditional paper books now living alongside each other, automatic and traditional restaurants could simply end up coexisting and complementing each other as two different dimensions of dining out.

And yes, sadly, jobs will be lost. But we'll adapt.

Humanity has had to struggle with implementing new technology into our lives since we picked up a stick and decided to hit things with it. While some new tech will obviously make certain tasks redundant or obsolete, humanity has always used these instances as a stepping stone forward, and not a harbinger of impending technological doom.

The elephantine concern swirling around food automation (and any automation, really) regards a massive purge of jobs for working-class Americans. Which is a totally valid concern! But in Templeton's mind at least, it's more abstract anxiety than a legitimate worry. "So far, the news has not been bad," he said. "Of course, some jobs will become obsolete with this new technology. But machines have been taking jobs from humans for hundreds of years. There's more bank tellers now -- after the advent of the ATM -- then there ever have been. I think about this a lot. When machines take our jobs, we always find other jobs to take their place. I believe that will be the case here." 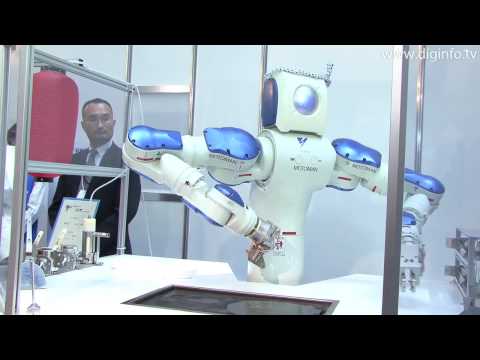 But food automation is an inevitability

Far from being a Skynet-esque, post-apocalyptic culinary nightmare -- the implementation of robots, AI, and automation in the food world should be good news for people who eat food. Which is approximately everyone. There will always be those who fight against technology's current. But, as any self-respecting lifeguard will tell you: you can't fight the current. You have to let it take you, if you want to survive.

So the only thing left to do is welcome your new benevolent, burger-slinging robot overlords with a wide-open mouth. Wait, that sounded weird. Forget that last part.

Wil Fulton is a staff writer for Thrillist. He challenges anyone to show him pre-packaged, sliced American cheese with mold on it. Follow him: @wilfulton.