Looking back on 58yrs of McDonald's slogans

Though McDonald's successfully drilled "bah-da-bum-bah-bah" into your head ages ago, the chain has tried on a ton of catchphrases since its launch in 1955. We rounded up some of Mickey D's most memorable campaigns right here in this handy list to give you a taste of the resto's storied advertising history. Check out the roster below, and try your best not to get creeped out by their '80s moonman.

Early 1960s: Look for the Golden Arches
After architect Stanley Meston designed McDonald's trademark Golden Arches in 1953, the chain started capitalizing on them immediately. One of their earliest ad campaigns told customers to "look for the golden arches", a helpful slogan, since most people were too busy looking for Sputnik or Chuck Berry's more famous cousin Marvin.

Early 1960s: Real Good, and Still Only 15 Cents
Even as Mickey D's expanded in the late 1950s and early 1960s, they kept their hamburger price fixed at just three nickels. As you can see from this ad, they were super proud of that fact, and this blonde boy was particularly stoked.

Mid 1960s: Let's Eat Out!
This slogan might seem laughable now, but remember: the '60s were a much simpler time, when you could conceivably propose McDonald's as a date night and not get the stink eye.

Late 1960s: The Closest Thing to Home
This impeccably designed newspaper ad posited McDonald's as your mom's kitchen, only with twice the deep fryers and none of the Jackson Browne radio stations.

Early 1970s: You Deserve a Break Today
The '70s ushered in one of the more famous slogans in Mickey D's history. In fact, Advertising Age chose "You deserve a break today" as the fifth-best campaign of the century, right behind Nike's "Just do it" and that smug old Marlboro Man. It was a slogan that would be trotted out periodically over the years, but none of the later versions boasted the sheer awesomeness of this lady's afro.

Early to Mid 1970s: Get Down with Something Good
The slogan makes you think you should be chomping quarter pounders while doing spins on the disco floor, but the ad proves you can just as easily have a nice lunchtime moment with your kid. McDonald's: so versatile!

Mid 1970s: Two All-Beef Patties
Or, if we're going by its Christian name: Two all-beef patties, special sauce, lettuce, cheese, pickles, onions, on a sesame seed bun. This fast food foray into the rap game first appeared in 1974, giving our cynical post-Watergate nation something to get excited about. It's been remixed plenty of times since then, and repeatedly confused with the Village People classic "Big Mac".

Mid 1980s: Mac Tonight
What better way to encourage people to grab Big Macs after hours than with a singing moon-person, right? This creepy lounge singer took the same name as the slogan, and appeared in a slew of ads throughout the '80s. He even showed up on the drive-thru signs before going off to greener pastures with his retiree buddies Grimace and The Hamburglar.

Late 1990s: Did Somebody Say McDonald's?
Rolling out in 1997, this slogan was part of a massive brand revival. McDonald's was still the most popular fast food eatery by a mile at the time, but they were suffering some setbacks after ill-advised promotions and the spectacular failure of their "adults-only" burger, the Arch Deluxe. So they called up the ad agency behind their '70s stuff, begged them for a second chance, and got this tagline in the process. It proved to be popular, but didn't live much past the new millennium.

Early 2000s: We Love to See You Smile
A mainstay through the early aughts, the McDonald's smile slogan was so ubiquitous that when its replacement came along, even serious newsman (and apparent McD salad enthusiast) Anderson Cooper pounced on the story. 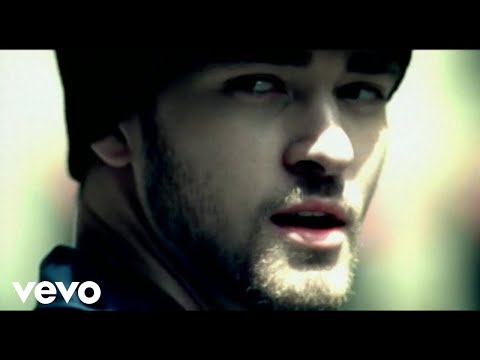 Early 2000s to Present: I'm Lovin' It
McDonald's current slogan has been spoken by Olympic athletes, translated into tons of languages, and slapped on their paper cups. But let's never forget how it got its start: through a full-length song written by Pharrell and sung by one Justin Timberlake.