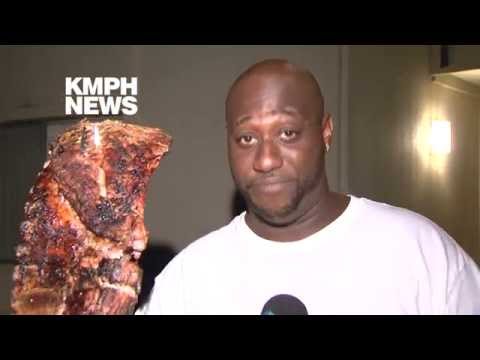 If there's one thing that should always be rescued first in a fire, it's barbecue.

After flames broke out in a Fresco, California apartment building recently, KMPH FOX 26 News spoke with a neighbor named Robert Wright, who had been casually barbecuing some ribs at 3am when the fire started. Wright was able to rescue his family, but that has no relevance to this interview. This interview is about a hero rescuing a rack of ribs.

Wright told the news station that his first reaction when he noticed the fire was "'Make sure them ribs is right.'" As is the typical reaction when food is in danger.

He goes on, "...I thought about my ribs and like, I didn’t want let my ribs burn and stuff 'cause I take pride in what I do man, it’s like 3:00 in the morning I was hungry man, I was like, man, put them ribs on there man, some hot links and stuff, man we got it going and stuff."

He's alright. But more importantly, so are the ribs.

Lucy Meilus is a staff writer for Thrillist and knows that food should always come first. Follow her on Twitter at @Lucymeilus and send news tips to news@thrillist.com.