Is There Any Stopping America's Rampant Peanut Allergies?

Physician, author, and researcher Dr. Bill Miller is a man who appreciates free snacks. When his complementary airplane bite was snatched from his clutches on a Phoenix-to-Philly flight, it was hard for him to let it go.

“The flight attendant came on the intercom and said, 'We have been informed someone on the plane has a peanut allergy, so we will not be handing out any snacks today.' I was like... are you kidding me? We've gone out of our minds.”

This is a mere single monkey in a warehouse filled with monkeys of similar peanut prohibition tales. Peanut-free zones have emerged in schools, workplaces, and even public areas to accommodate rampant peanut allergies. But it’s not all un-based hysteria: children living with peanut allergies have tripled from 1997 to 2008, and some data suggests allergies have increased 10-fold in the past 50 years. (Quick: ask your grandpa if he grew up with anyone with a peanut allergy!) Just a few days ago, parents sued Panera Bread for serving peanuts to their severely allergic child. How did this happen? And is there anything we can do to slow the allergy spread and the subsequent vilification of this little legume? Let's explore. 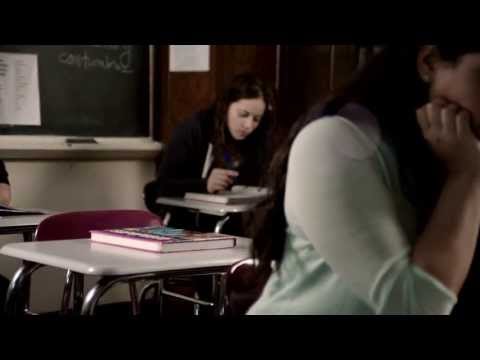 Where do peanut allergies come from?

Dr. Miller readily admits that the root cause of allergies is still under some debate. "We can understand the reaction, on a micro-biological level. But still, we aren't sure why these reactions happen," he said.

He describes allergies (in a biological sense) as our body seeing something it should be able to handle, but instead reacting to it as something that needs "protecting against." It's kind of like punching your dad in the face in the middle of the night as he's rooting around the fridge because you think he's a home intruder.

"So, no one knows where allergies come from, frankly, and that includes peanuts. What we do know, is that they are becoming much more common," Dr. Miller said. "I had this little experiment: whenever I went to a restaurant, for a little while, I'd ask the server how many customers report serious allergies before they order. The most common answer was about one-in-four... which is a whole lot, really. Even when I was a kid, allergies were not nearly as common as they are now. And the science backs this up."

Why are allergies becoming so common?

Dr. Miller detailed a prevailing theory -- one that cannot be accepted as scientific fact just yet, but one that many experts think is exemplar. Basically, the way modern humans live has changed the microbes inside of us, microbes that, at one point, helped us deal with outside substances. Like peanuts. And it all has to do with micro-organisms (a community of 'bugs' called micro-biome) living inside our body.

"In you and on you, are more 'bugs' than there are cells in your body. There are 100 trillion in your gut alone. We gather these throughout life. We're simply living cleaner lives now. And if you don't gather these 'bugs' at the appropriate times, or get the wrong ones, it starts an immunodeficiency, which manifests itself as a hyper reaction to certain things -- like peanuts," he said. "It's referred to as the hygiene hypothesis."

Essentially, our modern, Purell-infused, germ-fearing lifestyles keep more germs away, and change the germs we have. Which can be a good thing, obviously, but it also messes with our bodies' inherent construction. And keeping children away from things like peanuts in fear of a potential allergy might only contribute to allergenic symptoms.

"Our bodies work in unison with this micro-biome. When the balance is thrown off, that might be where and when allergies occur. This is not homeopathy, or voodoo. This is science," Dr. Miller said.

True life: I have a peanut allergy

In no way is Dr. Miller claiming that peanut allergies don't exist, or that they are always exaggerated. Symptoms of a peanut allergy range from mildly uncomfortable itching, to life-threatening anaphylaxis. Even a brief survey of Thrillist HQ, yields two writers with varying degrees of peanut allergies.

Despite his comprehensive knowledge of iPhones and government conspiracies, senior writer Joe McGauley can't handle peanuts. Though not life-threatening, his reactions include rashes, hives, swelling, and slight shortness of breath.

"It's kind of a sad existence," he said. "Peanuts are everywhere, and people go out of their way to tell me how good they are."

Food and Drink staff writer Meredith Heil, has no problem eating cans on cans of salty meats, but peanuts cause serious problems.

"The first time I remember eating a peanut, I felt like I might have been tripping. I was in the middle of a meeting and I just started feeling so weird, the world was going in and out. I went back to my room, and threw up," she said.

The interesting part is that both parties (who, granted, have relatively mild allergies) say their symptoms have reduced with time and exposure.

"I mean, peanuts are everywhere -- I've been exposed to them so much, my allergy has definitely diminished," Heil said. McGauley echoed: "I'm at the point now, where I can even eat dishes cooked in peanut oil without much problem. I think I have grown out of it."

Mothers pass personal cells and microbes to children first in the womb, then through breastfeeding and extensive, intimate early contact. If that mother doesn't get much peanut exposure, this stacks the deck against kids before they get a chance to become exposed to the peanut in person.

However, according to Miller and many experts, there is a way to reverse this. It's called exposure therapy, and it's exactly what it sounds like. It exposes allergic people to small bursts of their allergen, as a means to increase tolerance and balance out the previously mentioned microbes.

There's no doubt that peanut allergies DO exist, even those debilitating enough to prohibit peanut-based-snacks in small spaces like airplanes, but modern science suggests that sequestering ourselves and our children from the legume is a vicious cycle that only propagates the very effect it intends to resolve.

The peanut is worth saving. After all, without it, America's greatest sandwich would essentially be a bullshit jelly donut. A decrease in allergies will mean more lives saved, and will ensure that no one -- from a doctor flying economy to Philly, to a second grader in a no-peanut-lunch-zone -- will ever have to live a peanut-free life.

Which really isn't much of a life at all.

Wil Fulton is a staff writer for Thrillist. He'd choose death over no peanut butter. Follow him: @wilfulton.