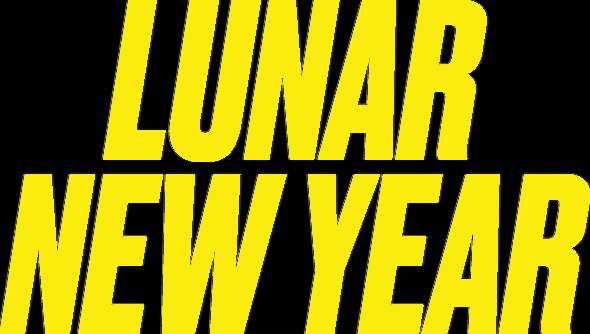 Tien Nguyen and Diep Tran had a bit of a Julie & Julia moment when working on the Red Boat Fish Sauce Cookbook. The pair—a food and culture writer and a chef and recipe developer, respectively—worked in tandem to distill the spirit of the Red Boat fish sauce brand into cookbook form.

The book features a compilation of recipes that celebrate Red Boat founder Cuong Pham’s family history, using his signature fish sauce as the starring ingredient. Although some of the recipes are more recent adaptations of dishes and drinks—like a fish sauce-lacedmichelada and an umami caesar salad with toasted bread crumbs—much of the book is inspired by recipes from Cái Thi Kim Vân, Pham’s mother, all deciphered by Tran and Nguyen.

“They were living documents because she updated them and modified them,” Nguyen explains, remarking on the extra notes that she jotted in the margins in a rainbow of different color inks. “They weren’t preserved in amber and this book just shows off how much she was constantly refining and adapting, depending on where she was.”

The cookbook is an incredible feat of translation and understanding. Recipe development can be a precise practice—how many cups of this or teaspoons of that? But Pham’s mother was measuring by the length of chopsticks and using whatever cooking tools and appliances she had in Vietnam, which did not include an oven.

“I love the language in these recipes where there’s just different terms that are used,” Tran says. “Like my grandpa had a recipe for peanut praline where it was ‘cook the peanut syrup, drop a little bit into ice water, and it becomes hard like a plastic button.’” The language is musical and evocative, but perhaps inexplicit.

In crafting this book for 2021, the year it was published, Nguyen and Tran had to be strategic on how to ensure the recipes honored Pham’s mother while making it possible for readers at home to follow along. It was a challenge that they looked forward to. “It was just fun,” Tran grins, “making the recipes something that conforms to the way we cook now in terms of technique.”

For example, the roasted pork recipe—a specialty of Têt, or Vietnamese New Year—typically required boiling and then deep frying. But deep frying a tightly rolled slab of meat might not be the best idea for home cooks who aren’t as experienced as Pham’s mom.

“We did not want anyone to burn their house down,” Tran deadpans. Instead, the pair decided to try roasting the pork instead, which still maintains a juicy interior and crusty exterior. “We validated it by asking the family,” Tran adds, ensuring that each recipe still maintains its original flavors and identity, even if the cooking method changed.

The roasted pork roll, or thịt ba roi cuôn, is perfect for Têt because it’s a communal food. “Pork just figures so prominently in Lunar New Year because in feudal times, you never killed that pork until it was a feast day with some sort of ancestral worship.” The pork can be served hot as a centerpiece and leftover cold slices make for a perfect bánh mì the following day.

Writing a cookbook that weaves fish sauce throughout may seem like a challenge to those unfamiliar with the ingredient. But fish sauce is not only a day-to-day staple for Pham, Tran, and Nguyen, it is a livelihood and way of life.

“I think the media narrative decides who’s historically been writing about fish sauce and it always comes with this caveat about it being scary,” Nguyen explains. “Or they use pejorative terms to describe the fragrance of it. That sets up people to be scared.”

The Red Boat Fish Sauce Cookbook does the opposite of it, championing the ingredient as something extremely flavorful, briny, and umami-rich. Fish sauce can be the star of a recipe or an unsuspecting key player, enhancing pasta sauces and holiday gravies.

“I’m comfortable in saying that there’s a modicum of Western racism when it comes to the fear of [fish sauce],” Tran says, citing French colonialists who claimed they couldn’t handle the food of Vietnam. “Have reverence for it and respect it, but do not fear it.”

The day before roasting, marinate the pork
1. Crush the bay leaves and break apart the star anise pods and add them to a small sauce pot. Add vegetable oil and, over medium heat, gently toast the spices for 5 minutes.
2. Add the annatto seeds to the pot, then turn off the heat and cover. Let the spices steep together for 20 minutes. Set aside to cool.
3. Place the pork belly in a large resealable bag and add the minced garlic, fish sauce, sugar, and black pepper. Strain the cooled spiced oil and add it to the bag, too. Seal and massage the marinade into the belly.
4. Place the bag onto a baking sheet and transfer to the fridge. Marinate the belly for at least 24 hours, or up to 3 days. Flip the pork belly every 12 hours.

Truss the pork
1. To truss the pork, begin by cutting nine strings of cotton twine, each 18 inches in length.
2. Lay the strings in vertical, parallel lines across a 9x13-inch baking sheet, about ½ inch apart.
3. Remove the pork belly from the marinade and place, fat-side down, with the shorter side across all 9 strings.
4. Carefully roll the pork belly into a tight log and secure it with the strings underneath. Cut the excess twine and discard.

Roast the pork
1. Place the trussed pork onto a wire rack placed in a 9x12-inch baking sheet (if you don’t have a 9x12-inch pan, choose one that’s the closest in size to the pork).
2. Put the pan on the middle rack of a cold oven. Set the oven at 250°F and roast until the temperature of the pork on an instant-read thermometer inserted into the thickest part registers at least 145°F, about 2 hours.
3. Remove the pork and increase the heat to 425°F. When the oven comes to temperature, return the pork to the oven and roast until the pork is well browned, 15-30 minutes.
4. Turn off the oven, but keep the roast there to finish cooking for another 30 minutes in the oven’s residual heat.
5. Remove the baking sheet from the oven. Baste the roast with the sesame oil, and transfer to a platter.

Make a sauce with the drippings and serve
1. Remove the wire rack from the baking sheet and add ½ cup water to the sheet. Carefully place it on the stovetop over medium heat and bring to a simmer.
2. Use a spatula to lift up all the drippings stuck to the pan. Continue simmering until the drippings dissolve into a sauce, about 5 minutes.
3. Pour the sauce into a measuring cup. If there’s a lot of fat, carefully tilt the cup to remove as much (or as little!) fat as you’d like.
4. To serve, carve the roast into ½-inch medallions and remove the string. Finish with a generous pour of the sauce over the medallions and serve, if you wish, with nước chấm.