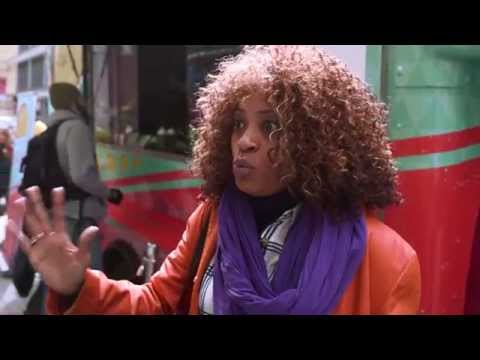 If you’ve ever angrily swiped through your emoji collection looking for a happy little cartoon taco, you know the feeling of frustration that comes with discovering that taco emojis haven’t been invented yet. Thank the heavens, then, that justWink, American Greetings’ unexpected and bold greeting card brand, just launched their very own Apple Watch app with the ability to send your friends digital tacos (they call it a taco Wink). Why did they do it? Well according to one of the masterminds behind the tasty cartoon, “America was asking for a taco emoji and justWink delivered.”

To celebrate the launch, they hit New York City to hand out real tacos to go with their flirtatious, winking digital ones. As evidenced by the video above, people were excited for the free lunch, but they were really, really excited that they can now communicate their emotions exclusively via Tex-Mex.