Founders Justin and Diane Fourton share their recipe—and some history. 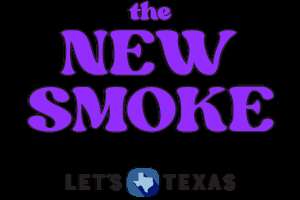 In some Texas BBQ circles, adding sauce to expertly smoked meats has been—and will always be—totally taboo. Sure, great BBQ should be tender, juicy, and tasty enough to be enjoyed in its purest form, but a deliciously crafted barbecue sauce can genuinely take something already perfect to new heights of flavorful pleasures (like ranch dressing on a slice of pizza).

So, we turned to Justin and Diane Fourton, founders of the wildly popular Pecan Lodge in Dallas’s Deep Ellum neighborhood where customers wait in lines around the block on the regular, for a little insight into the various types of Texas BBQ sauce. Then we asked them to share the recipe for their restaurant’s signature sauce, a delectable concoction so luxuriously tinted it deserves its own spot on the Pantone Color Palette—Pecan Lodge Saucy Red, perhaps?

To understand everything that goes into getting that rich burgundy hue in their sauce, we must first delve into the different types of sauce common in different parts of the state.

“Texas has several regional variations of BBQ sauce. East Texas sauce is ketchup-based and typically runs a little more on the sweet side of things. In Central Texas, it’s not uncommon for the sauce to be something as simple as the drippings from the meat mixed with a little vinegar, salt, and pepper,” Justin says. “South Texas is more heavily influenced by its proximity to Mexico and Louisiana, where you’ll find the use of dried chiles and the sauce takes on a more piquant flavor profile."

In other parts of the country, sauces sometimes take on a more important role.

“Kansas City-style sauce tends to be on the sweeter side and, in that culture, the BBQ sauce is as important as the meat, where many joints are known primarily by their sauce,” Diane says. “In the Carolinas, you have vinegar-based sauce, mustard-based sauce, and a Lexington-style sauce that is ketchup-based, but it is a thinner, more diluted version of what you might find in Texas. In Memphis, they typically eschew sauce, in lieu of a dry rub that’s applied after the meat has been cooked.”

Then comes the source of much debate.

“Overall, I would consider Texas BBQ sauce to have a ketchup base and it’s usually used more as an afterthought, as opposed to a necessity. Purists in Texas insist that great BBQ needs no sauce,” Justin says.

But that doesn’t mean that great BBQ and great sauce can’t exist in perfect harmony, as it does at Pecan Lodge.

“Our BBQ sauce is closer to what you might find in South Texas. We use a ketchup base and a blend of dried chiles for heat and flavor. While there is sugar in our sauce, it’s used to help balance the spiciness as opposed to being the dominant flavor. The finished sauce has complex flavors with a bit of a spicy kick,” Diane says.

The sauce that exists today is a little bit of an old family recipe with a dash of contemporary craft.

“While I didn’t have a formal family recipe that was written down, our sauce is based on my memories of the BBQ my grandfather cooked,” Justin says. “While he lived in East Texas, his style of BBQ was more influenced by the Cajun and Creole cuisine in Louisiana, with flavors that were dominated by heat and spice, as opposed to sweetness.”

To try it for yourself, visit Pecan Lodge in Deep Ellum. Or make the same version right at home with the following recipe, which has been scaled down for home cooks.

From finger-licking good food to the great outdoors, Texas is a vacation destination unto itself. Breathtakingly diverse landscapes, like Big Bend National Park and Guadalupe Mountains National Park in West Texas, offer a natural respite for outdoor enthusiasts while the San Antonio River Walk is a 15-mile oasis for the urban explorer. No matter your interests, the Lone Star State is waiting to be explored, so, plan accordingly.

Directions:
1. Remove stems and seeds from guajillo peppers and soak chiles in hot water for about 30-45 minutes.
2. Heat oil over medium heat and add onion and garlic. Saute until translucent.
3. Add ketchup and chiles, and saute for 4 minutes.
4. Add remaining ingredients and simmer gently for 30 minutes.
5. Remove from heat, cool, puree, and add water to thin.