Totino's long ago established itself as the official snack of middle school hang-outs and 4/20 gatherings alike. But, contrary to what so many preteens and Umphrey's McGee fanatics might tell you, they didn't just drop out of the sky like manna. The Totino's story began in Minneapolis over 60 years ago with a young couple holding a killer recipe and a ton of moxie. They made corporate history, inspired incredibly odd tributes, and brought gooey joy everywhere they went. You know you want to read that saga, so go ahead and scroll down. Just be prepared for the Tim & Eric cameo.

1. It all started at a pizza parlor in Minneapolis

Jim and Rose (the lady above) Totino set the Minny food scene on fire when they opened a pizza kitchen in 1951. Though it was originally conceived as a small takeout spot, business was so fast and furious that the couple expanded it into a sit-down restaurant serving up to 500 pies a day. The pizza was all based off Rose's Mother's recipe, which is hopefully now enshrined in Minneapolis' city hall.
Thrillist TV
History ofS1 E24
The History of Tailgating
Dan Gentile/Thrillist

2. Rose had to make her loan officer a pizza to close the deal

As the story goes, when Rose was applying for a $1,500 loan for her new pizza biz, she actually had to make a pie for the loan officer, because he had no idea what this beguiling food was. Either the '50s were a much darker time than we previously thought, or that dude knew how to scam free slices.
Kristin Hunt/Thrillist

3. She became the first female corporate VP in Pillsbury history

Once the parlor was a hit, things moved quickly for the Totinos. They opened a frozen-pizza plant in 1962 to support their budding retail empire, then eventually sold the whole thing to Pillsbury in 1975. Rose was such an asset to the corporation's frozen-pizza scientists (real jobs, presumably) that she was made corporate vice president. Rose was the first woman to ever hold that title at the company, proving even glass ceilings can't keep a pizza genius down. 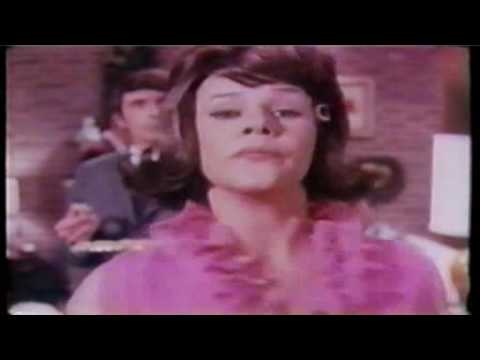 4. But a guy named Jeno is responsible for the rolls

Jim and Rose obviously got Totino's rolling (pun definitely intended), but the pizza rolls came from a secondary source. Jeno Paulucci actually invented the Totino's rolls we know today -- and his family claims he invented the snack, period. Paulucci sold his stuff for years as Jeno's Pizza Rolls before he also sold his company to Pillsbury in 1985. From there, Jeno's signature snack moved to the Totino's brand. For a glimpse at how the rolls looked as Jeno's property, here's an off-the-wall ad that Roger Sterling probably pitched after one of his acid trips.
Totino's Living

Sorry to burst your bubble, but this prototype is merely inspired by pizza rolls, not made of the real deal. They gave up on true Totino's earrings after the jeweler ate five pairs.
Reddit/WilleDerWildnis

6. They can get real fancy

One Redditor discovered that placing some fresh Parmesan, oregano, and basil on his Totino's made them look like an appetizer from a Michelin-starred restaurant. A good back-up plan to have, in case your next batch of dinner party crostinis goes South. 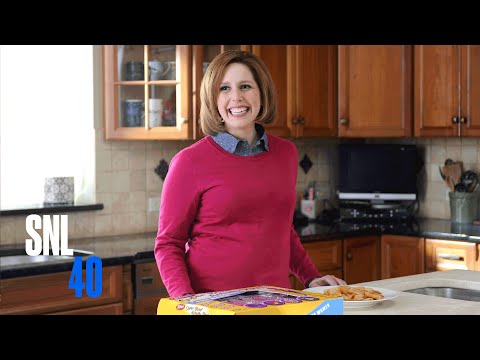 7. They come with activity packs for women

Well, only in this SNL parody. But man, why don't all frozen foods come with sticky hands?
Totino's Living

8. They can be Photoshopped into any situation

When BuzzFeed declared 50 stock images unusable last spring, Totino's eagerly picked up the gauntlet. The resulting Photoshops might make your brain cry, but they also finally united gas masks and pizza rolls, so there's that.

In case you hadn't picked up on it by now, Totino's is always down to embrace the bizarre. So when they decided it was time for a celebrity ad, they turned to noted purveyors of fever dreams Tim & Eric. The resulting, uh, jingle was catchy enough to spur several remixes and even a crucial aerobics mashup. Now good luck overcoming your deep-set fear of Hard Rock Joe.
Andy Kryza/Thrillist

We know, because we did the math. Our parents are very proud.

Kristin Hunt is a Food/Drink staff writer for Thrillist, and hopes poor Vanessa Bayer snuck at least one more pizza roll for herself. Follow her to Monopoly money at @kristin_hunt.