We entrust valet parkers -- people we don't even know -- with thousands of dollars' worth of our machinery. What they do in -- or with -- our cars, is not under our control. Ferris Bueller, am I right?

While 300-mile joyrides are rare (more on that soon), some of the weirdest, wildest, and most illegal things that happen at restaurants, happen outside in the parking lot. To prove this point, I enlisted a squad of full-time valet parkers at an upscale restaurant in a prominent Midwestern city to share the craziest things they've seen, and done, in someone else's car.

We're talking about much more than getting a dented fender. (That happens all the time, apparently.)

"I got into this one guy's car, and in his rearview I see a little movement, so I kind of flip out. Turns out there's some guy sleeping in there. He woke up and goes, 'Oh, shit,' and just goes into the restaurant. His friend just forgot he was in there. I always check the backseat now."

The big old pile of drugs

"It's not uncommon for people to leave private shit out in the open. But this one dude just left his bag of drugs -- and not, like, weed -- just out on his passenger seat. And it wasn't just some drugs, it was piles and piles of powder portioned out, with zip ties.

"It's amazing how careless people are."

"A driver once got back into his car, drove off a little bit, then pulled over and asked to speak to our manager. He was livid. Eventually he claimed that we took his diamond earring from his glovebox. He demanded that our manager search all our pockets, or he'd call the cops. Eventually he realized the earring was in his pocket, but he still cursed us off and drove away.

"Like I would even wear a diamond earring? They are stupid."

"One girl pulled up with her dog in the car, cracked the window -- it was temperate enough where this was not a big deal. But then she asked me if I would mind walking the dog once or twice while she went on her date.

"I did mind. But I did it anyway, because I love dogs."

"We had the cops come to investigate claims that one of our customers was driving around in a stolen car. The car matched some reports, and I guess a vigilant citizen reported it. It ended up not being true -- but it was super awkward."

"This is funny, because it's like the reverse of that classic Seinfeld episode. This dude's car smelt so bad that I really had to hold my head out of the window.

"When I left, the smell stayed with me till I washed my clothes and took a shower." 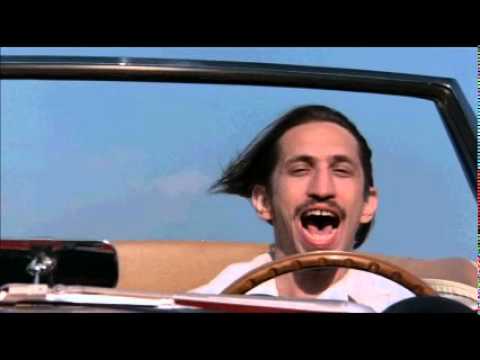 "Not going to lie, I took a Porsche out for a really quick spin around the block at one point. It was my Ferris Bueller moment. But like, that never really happens in real life. And if it does, it's very short."

The "hey, do you just want to come home with me?"

"When one woman picked her car up, she got in and would not leave. She just sat there trying to make small talk, and when that didn't work she just straight-up goes, 'So, are you trying to go home with me?'

"I told her I'd love to, but I was working all night. She drove away disappointed. But I got a big tip."

"This is definitely the funniest thing I've seen. Two cars -- same make, model, and color -- were both in at the same time, and no one really realized it, because it was a Saturday night and we were extremely busy.

"Obviously you can guess what happened next: we mixed them up, because whoever was working didn't look at the ticket. One family noticed right away. But the other car -- their actual car -- had been given away about half an hour beforehand. Now, these people also paid with cash, so there was literally no way to know who they were, or to get in touch with them. There was about 10 minutes of pure, raw nerves -- then the car rolled back in and we all laughed about it. Happy ending, right?"