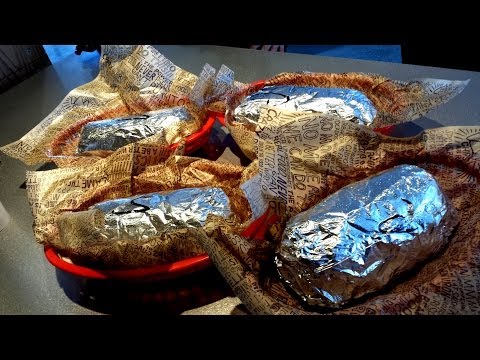 When you're the #2 competitive eater in the world, lunch works a little bit differently. Normal people might put away most of a burrito, then undo a button. But not you. No, you're eating four.

Our old pal Matt "Megatoad" Stonie decided to flex his skills on a recent trip to Chipotle. In a feat of pure athleticism, he takes down two chicken and two steak burritos, then casually polishes off a bucket of Diet Coke in just under 3mins. Fellow Chipotle patrons cheered his victory on. Prepare to be inspired.

Kristin Huntis a food/drink staff writer for Thrillist. Some of her strongest friendships are built on cheeseburgers. Follow her at @kristin_hunt.