Parks and Recreation's Ben Wyatt (played by the eternally awkward Adam Scott) is a man of niche tastes. He loves civil service. He's in love with show protagonist Leslie Knope. And, perhaps most notably, he has an undying adoration for calzones that steadily became one of the show's longest running jokes. The fact that Wyatt vehemently prefers calzones over pizza became one of his character's trademarks, and was wholly emblematic of his character: He's an eternal champion of the underdog, always willing to go against the grain… even when it comes to America's favorite junk food.

And calzones, in many ways, are the culinary dark horse of Western pizza shops. They're halfway between pizza's red(sauce)-headed stepchild and the pie's beguiled little brother. Nearly every pizza joint in the U.S. stocks them alongside Italo-American staples like garlic bread and mozzarella sticks. But, it seems like the majority of calzones are more likely destined for a life of cooling under a heating lamp than ending up in someone's to-go box.

At Roma Pizza -- a standard Neapolitan flag-decked neighborhood pizza shop in New York's Upper East Side -- they sell six types of calzones (sausage, pepperoni, broccoli, spinach, ham, and cheese). But, they don't sell that many calzones, overall. "I'd say we probably sell about one calzone for every 30 to 40 slices of pizza," the dude behind the counter told me, while sliding my own calzone lovingly into the oven. "I don't know if they are really that popular. And I'm not sure why." Popular culture states that calzones are a joke. An add-on. A pizza-adjacent compromise to the good stuff. On the periphery of what you really want. Personally, as a born-again calzone-head, I know the truth: Calzones are not only under-sung and underrated -- they might just be better than pizza.

Trust me, a few months ago I would have considered that statement mozzarella-based blasphemy.  But now, I'm not ashamed to come out publicly: I'm a believer.

And here's why you should be, too. (Or at least, give them a freaking chance). 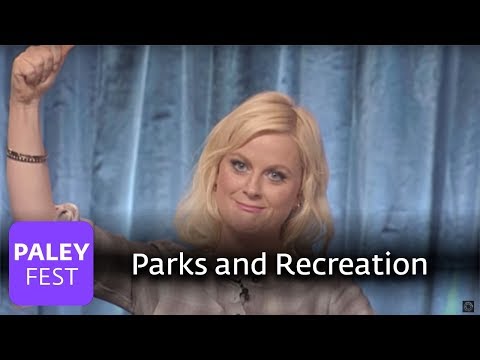 Where the calzone comes from

As recently as 2013, the New York Daily News ran a piece ringing in a "calzone resurgence," where they (hilariously) refer to the calzone as the "new hipster hot pocket."

“It’s mobile, it’s economical, it’s filling and it’ll get you through the day,” Paul DiAgostino, owner of the Famous House of Pizza and Calzone in Carroll Gardens told the Daily News. And while the calzone renaissance promised in the piece may never fully come to fruition in our future, DiAgostino's thoughts definitely reflect the calzone's roots.

Like its famous, pie-based counterpart, calzones originated in Naples, Italy -- with the first printed mention of the dish dating back to the year 1170. Traditionally styled as "calzoni," translating roughly to "trouser leg," the calzone was always meant to be a mobilized version of pizza, meant for quick snacking while walking around.

That might seem counterintuitive now -- as grabbing a slice is super easy, and calzones seem a little more labor-intensive. But in classic Neapolitan style, pizza is usually served in a smaller pie, meant for one person. The folded, ergonomic calzone shape was much easier to schlep around then a personal pizza in the streets of 12th-century Italy… and that still remains true, today.

In the American tradition, calzones have probably held a place in American pizza shops as long as there have been pizza shops. During the "pizza boom" of the late 1960s and early 1970s, vendors began putting new items alongside their slices and pies to supplement their menus. The calzone was a natural inclusion, as it's an obvious remix of your classic pizza pie -- with some key differences. And please, don't call it a stromboli. CALZONES ARE NOT STROMBOLIS. Let me explain.

So wait, what is a calzone, anyway?

At this point, it might be helpful to go over what a calzone is in modern American cuisine, and perhaps more importantly, what it isn't:

A calzone in its Platonic form is a half-moon pocket of dough, stuffed with ricotta cheese and mozzarella, with a variety of extra ingredients -- commonly pizza-centric meats like pepperoni and ham, or veggies like spinach and broccoli -- potentially included. Now, it's important to note the difference between a stromboli and a calzone, two commonly confused casual Italian dishes. If calzones are pizza's kid brother, then stromboli is like the annoying cousin, always trying to butt in on the fun. The stromboli is a pinwheel, and more like a rolled sandwich than an inside-out pizza. A dish born solely of American-Italian influence, the stromboli purportedly was invented just outside Philly in the 1950s, and named after an Ingrid Bergman film. It does not come from the Old Country. Key rule here: If sauce is on the side, you're looking at a calzone. It's that simple. If you still don't get it, I'll let the venerable Hungry Howies explain.

In the physical sense, pizza and calzones are obviously distinct. And in culinary terms, there are some key reasons why preparing and making calzones differs from traditional pizza-making, even if they are ostensibly the same.

"I always teach my students how to make calzones, too," said Laura Meyer, head chef/pizzaiola at Tony's Pizza Napoletana and an instructor at the International School of Pizza. "They can be just as easy to make as pizza… and just as difficult."

We might need to cut through that Yogi Berra-esque koan....

"A lot of young pizza makers tend to complicate things, they have a hard time wrapping their minds around turning a spherical ball of dough into a flat, round pizza. With calzones, the shape itself is a little easier to wrap your mind around when cooking. But, you have to be so careful wrapping the dough. It's incredibly easy for the dough to split or rip. There's not much room for error, and in a lot of ways, it takes more finesse than pizza. So, I think it's important to teach calzones, if only to try and instill a sense of touch and subtlety," she said. "And it's not that much of a jump, as it's ostensibly the same thing as pizza."

Even Meyer, a woman who has spent most of her adult life dedicated to pizza, confirms that while calzones have the same basic culinary DNA as pizza… they just taste different.

"They do have their own taste, don't they?" Meyer asked, rhetorically. "It is kind of weird, because you maybe think they should just taste like pizza. I think part of this has to do with the fact that you are getting a taste of 'crust' in every bite. I also think that the crust in pizza actually tastes different, because every inch of it is in direct contact with the oven. With calzones, the top is only exposed to the air in the oven."

While they do have a slightly distinct taste, it's still in the pizza family. You still get that saucy, cheesy, (in some cases) meaty infusion in a soft dough vehicle. Yet the calzone is woefully less popular than pizza. What gives? With the help of Meyer, I identified four key reasons the calzone remains underrated and underserved in year of our lord, 2018. 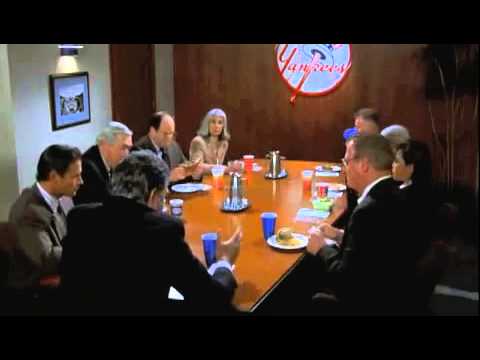 Calzones vs. pizza: an unfair fight, after all?

So. We've identified some key reasons why calzones haven't been able to burrow into our national culinary consciousness, as its show-off cousin pizza has become our de facto national dish. In fact, until a notable Seinfeld episode, "The Calzone," premiered during the height of the series popularity in April of 1996, it's feasible that much of the country might not have even heard of a calzone. It was, for me, the first time I heard of the inside-out pizza-thing -- despite growing up in New Jersey, where pizza shops are more common than fire hydrants or self-tanner.

Can we ever sit back and definitively state that the calzone is superior to it's uber-famous, oversaturated, culturally resounding sibling, pizza? Maybe not, pizza is just too ingrained into our diet and hearts. But we can all take a moment to appreciate the humble calzone for what it is, not for what we want it to be. The calzone will never be as popular as pizza, but that doesn't mean it isn't just as good, if not better. To quote Ben Wyatt, the dish's unofficial mascot: "I love me a calzone." And we all should take a second to love ourselves a calzone, sometime soon.

As her closing comment on the matter, Meyers had this to say: "Every time I eat a calzone, I always think to myself, 'this is so good…. why don't I eat these more?' It just doesn't make sense."

This is the question we are asking the nation.

And it should be the question you ask yourself, every time you down a slice.