Why Bourdain's 'Parts Unknown' Is Better Than 'No Reservations'

Anthony Bourdain's CNN show, Parts Unknown -- which debuted in 2013 -- isn't "new." But living in the sprawling shadow of the immensely successful and widely influential No Reservations, it's often considered, at best, a sequel, a follow-up, and at worst, a pale knockoff of the transcendentally original, original.

As someone who defaults to "only liking the old stuff" due to pure bullshit millennial reflex, it was easy for me to ignore Bourdain's post-NR venture. Why watch this new show when his old catalog will always be best? Doesn't this new CNN series scream "sell-out"? Well, in advance of Parts Unknown's new season, I binge-watched Bourdain binge-eating/drinking, and came out the other side with this realization: his new(er) show is smarter, sharper, raunchier, more nuanced, and ultimately more illuminating than anything Tony put out during his NR days. And it only took me three years and six seasons to notice. 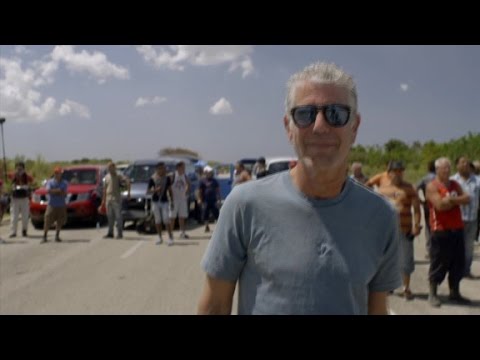 When Bourdain took his talents to CNN in 2012, he told Adweek, "There are a lot of places where me and my team have been wanting to make television for a long time and haven't been able to. And CNN has the infrastructure and inclination to make those places doable."

And this has happened. Parts Unknown is decidedly more politically charged than No Reservations. Some of the show's most memorable episodes have danced at the crux of sociological, cultural, and economic issues. Although No Reservations did this as well, it never hit the deep nerves routinely struck by his CNN outfit.

Some notable examples include the Jamaica episode in Season 4, where Bourdain takes a wide-lens look at the irreparable divide between the island's rich and poor. In Massachusetts, another Season 4 episode, Bourdain focuses much of the episode on the heroin epidemic that plagues the area. In the much-hyped Cuba episode (Season 6), the show opens with a speech by JFK, and never slows down its in-depth documentation of the oft-befuddling Cuban way of life.

While this political-leaning treatment of the areas Bourdain visits may turn some viewers off (I can see the internet commenters now: "Stick to food, Tony!"), contemplation on what defines regions, beyond food and drink, is what truly separates the show from the glut of food/travel shows out there -- including Bourdain's own No Reservations. 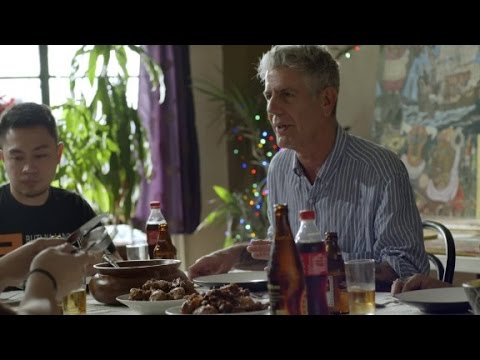 It takes its time

Parts Unknown takes the sometimes sweltering clip of NR and slows it down to a crawl. It dips inside the topic at hand, and feels it out fluidly, and with depth.

No Reservations, wasn't without faults. Often, the attitude was a little too breezy, grasping at serious topics, but either falling short or biting off more than it could chew. Conversely, Parts Unknown doesn't worry about incorporating madcap themes or high-concept ideals, and lets the culture and the people do the legwork. Never droning, or boring, it's a more nuanced and ultimately more rewarding look into the subjects at hand.

It's Bourdain at his most Bourdain-iest

Bourdain took a sizable portion of his No Reservations staff with him, and in combination with the increased resources available from CNN, and the dude's ever-escalating levels of fame and influence, they were finally able to make the show they always wanted to make.

Despite the serious overtones of many episodes, Bourdain is able to play into his larger-than-life persona. Take, for instance, my personal favorite episode of Parts Unknown, "Tokyo" (Season 2). This is Bourdain drinking, eating, conversing, and feeling his way through the seedy, sometimes creepy, epilepsy-inducing world of Tokyo night culture. It's classic gonzo-Bourdain -- his personality has never shone more clearly on television than in this succinct, slightly off-putting hour. He's boozing, his shirt is untucked in typical Tony swagger, and he's swearing like a sailor in a traffic jam. He's everything you've ever wanted him to be. 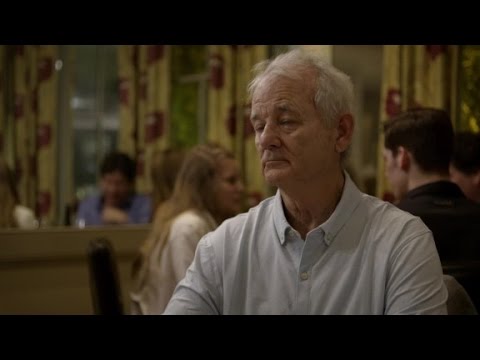 It better explores the relationship between culture and food

Bourdain's shtick has always rested soundly in the intersection of food and culture. And to be frank, none of his shows accomplish this with the scope, tact, and poise as Parts Unknown. His presumed goal is to introduce his viewers to people and places in an authentic fashion, often using food as both a launching pad and a tether back to Earth.

Watch "Iran" (Season 4). It's likely the most politically charged episode the series ever produced. They scored a lunch with Washington Post journalist Jason Rezaian mere weeks before he was arrested for undetermined reasons. By the end my entire perception of Iran was totally changed and fleshed out. It used food culture to tell a much bigger story, and uncovered an unseen world (to the West, at least) in an enthralling way. To many, myself included, this is what makes Bourdain so unique.

And he's never done it better than on Parts Unknown.

Wil Fulton is a staff writer for Thrillist. He's never once peed on a busboy, but once he threw up on a horse. Follow him: @wilfulton.