Why You Should Stop Tipping Your Server

In September 2014, pro football player LeSean McCoy left a $.02 tip on a $60-ish bill at PYT, a Frankenfood burger lab that's been keeping Philly fat for the past half-decade. Offended by the 0.32% gratuity, the owner posted a picture of the receipt to PYT's Facebook page, where it quickly racked up a pro-football level of chatter -- some which was supportive of the restaurant's revenge play, and some outraged at its lack of professionalism.

A day later, a stiffed waiter at a Center City burger joint had become a trending topic. The nation dutifully flung itself into an indignity-fueled, class-baited, pseudo-intellectual Internet screaming match about the "rules" of tipping in America.

People weren't debating whether McCoy was a jerk just because they love to debate. Sure, that's part of it, but there's a bigger reason this discussion persistently plagues American dining: it's because our gratuity system doesn't make any sense to begin with. I know this. Implicitly, you probably know this. Here at this publication (among many, many others), we know this.

But instead of spending energy finding a solution for this country's dysfunctional tipping culture, we try to decide if LeSean McCoy's "screw you" tip was warranted. No. No! It doesn't matter.

TIPPING IS THE RIGHT THING TO DO, NO MATTER THE CIRCUMSTANCE

TIPPING IS FOR GOOD SERVICE, NOT "ALL" SERVICE

If you haven't scrolled down to this article's comments section to call me a libertarian/fascist/neo-con piece of trash yet, allow me to elaborate:

In addition to all these reasons, the most obvious case for tippus mortimus is a legal one. You don't have to tip. There's no law that says you have to. Of course, that would make you look like a miserly snake to your fellow diners, one (or several!) of whom you may be related to/trying to make the sex with. That would be bad.

Over at Rationally Speaking, Greg Linster breaks down why it'd be bad in fascinating economic terms. You should read his whole piece, but here's the bread-winning quote: "people still tip because they feel compelled to by the non-financial benefits that come with following social norms."

Basically, if you're not tipping for truly great service, you're tipping to avoid having your peers perceive you as a truly lousy butthead. Buttheads being what they are, that's an understandable rationale, but it's still an unfair one, and it's costing you money.

Tipping hurts the server, too

America's willy-nilly "let's-make-a-deal" tipping culture is actually screwing servers (and bartenders, and any other tipped employee you encounter) even worse.

Up front, servers make as little as $2.13 an hour from the restaurant, a deeply discounted, industry-specific iteration of the federally mandated minimum wage (these days, it's $7.25). See? Tips really are a main source of income, and that's insane.

Frugal people aren't going to tip 20% no matter what. Jerks aren't going to tip at all, because they're jerks. For every hyper-generous tipper and gratuity-included party that comes along, there are scores of diners whose motives for withholding gratuity range from valid, to judgmental, to downright petty. My mozzarella sticks didn't come on time. Screw your livelihood.

This is clearly messed up & undignified. We should do something about it. Right?

Right, except the people who often drive public opinion in favor of the tipping status quo are the very people who suffer by it -- the servers. For example, every time this website publishes a piece on tipping, current & former tippable employees come out of the woodwork to protect the institution. Why?

Because they -- like you, me, and most people who aren't Richard Branson -- need the money now, not later. A steady stream of customary tips (15-20%) keeps servers afloat in the short term. (Of course, the occasional heartwarming charity/publicity stunt tip helps, too.) Any threat to that stream, no matter how well-intentioned the intellectual argument backing it, is a threat to the server's livelihood. When it's a matter of economic survival, screw the academic view; I'd come out of the woodwork, too.

There's also an insidious bit of striver's folly attached. In his staggeringly well-reported tipping exposé on Jezebel, C.A. Pinkham writes that Americans are "taught that the reason we're the Greatest Country in the History of Humanity™ is because anyone can make it here if they try." If a server can't earn a living doing their job -- even when the deck is hopelessly stacked -- it must be because he/she is bad at his/her job.

Remember John Oliver's recent razor-sharp bit on the wealth gap? This is basically that, but for restaurants. 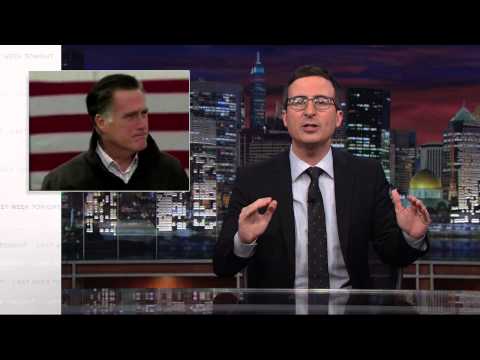 America's tipping system -- practiced here, and pretty much nowhere else -- is no bueno for customers & servers, but it helps restaurants run low overhead. Linster points out that "the cultural practice of tipping allows restaurant owners to unfairly transfer risk to the servers," because they make their money (on the bill) without paying their workforce a real wage. That part is up to the customer's subjective assessment of the server's performance.

Pinkham puts numbers behind Linster's claim, and they're... not great. You should read his whole piece, as it's excellent, but at the very least do yourself a favor and Control-F this quote: "paying tipped workers would not and does not hit restaurants' bottom line in a way that even remotely approaches cost-prohibition."

From there on, he paints a cringeworthy statistical picture of how the restaurant industry flexes its lobbying muscle to maintain the tipping system so it doesn't have to pay its employees the same minimum wage that every other American business has to pay its employees. Like I said: not great.

So what should you do?

Stop tipping. It's easier said than done. You're going to feel bad about it. Waiters are going to HATE you. Your fellow diners, mistaking your proletarian stand for stinginess, may elect not to make the sex with you. All horrible outcomes, I agree, but until the American dining public (and our tourists, even though we all know tourists don't tip) stops subsidizing restaurant payrolls, you'll get screwed, your waiter'll gets screwed, and $2.13/hour will stand.

But if the customer-fueled tip-train ground to a halt, tippable restaurant employees -- a group that represents 60% of the entire country's tipped workforce -- would go from earning enough, to barely making ends meet. Many would exit the industry for other jobs; those who couldn't would suffer at the poverty line.

Overnight, the industry would lose its workforce. Restaurants & bars would close, leaving diners to the miserable fate of drinking at home, and actually cooking for themselves. The system would break, which is a genuinely catastrophic outcome. But if everyone -- customers, servers, business owners, The Government™ -- finally agreed that American tipping culture was flawed, unfair, and broken, we'd be one important step closer to fixing it.

The remedies are probably best saved for a follow-up story, but the prevailing wisdom (taken from the entire Western world, where this isn't an issue) says to make restaurants responsible for paying servers an agreed-upon wage, the money for which would come from increased food & drink prices. The cost is still passed on to customers, but it relieves them of the life-and-death control they have over their waiters' livelihoods.

Whether you start leaving 0% tips is up to you. I can't make you do it, and I may or may not do it myself. But that's the point -- an employee's take-home pay shouldn't be up to you, or me, or anyone other than his/her employer. When we tip, we intend to do right by the people handling our food, but we're actually just entrenching a system that takes advantage of them. We're screwing everything up.

Dave Infante is a senior writer for Thrillist Food & Drink, and doesn't have the balls to zero-out a tip, even though he believes this argument on paper. He hopes you've got more willpower, or we're all screwed. Follow @dinfontay on Twitter, Instagram, and Snapchat.