If you’re from Louisiana, then two things are probably true: you believe that there's hardly a foodstuff in all of creation that can't be improved upon by a generous application of hot sauce, and at one time or another, that hot sauce came out of a bottle with a fancy blue stripe running through it. And sure, we all know that Crystal scores the holy food trinity of being cheap, delicious, and good for you (see below!), but you’re about to get to know it on a much deeper level…

1. The birth of Crystal is a love story

In early '20s NOLA, a man named Alvin Baumer fell hard for a young hottie named Mildred. Problem was, he didn't have a job, and that kind of thing could straight-up kill your marriage prospects back then -- so he brashly borrowed some cash from his future father-in-law, and purchased a small food company called “Miss Fruit Products”. Bam. Now he had a career!

Miss Fruit products, it turns out, manufactured sno-ball syrups, which is not the first thing that comes to mind when you think about hot sauce. In fact, it's almost the complete opposite. However, along with the syrup recipes that Alvin Baumer inherited with the company was a bonus one for a spicy sauce made with cayenne peppers. This sounded way more fun (and less seasonal), hence history was started.

3. They used to have a pretty iconic address

The original location of Baumer Foods, makers of Crystal, was on Tchoupitoulas St, and stayed there from the early '20s up until around WWII. You get bonus points in New Orleans for being able to spell Tchoupitoulas.

Baumer began making foods in addition to hot sauce (particularly preserves, which they sadly no longer make), expanded greatly over the years, and eventually moved into the well-known building on Tulane Ave in Mid-City. A chef stirring a boiling pot graced a sign atop the factory, which was visible to millions of Americans every day on their commute along Interstate 10.

5. The sign used to draw in some awesome visitors

During WWII, Baumer foods packaged their preserves in combat rations. If you got those rations, you were a lucky grunt, indeed. In fact, when WWII vets spotted the iconic Crystal sign while driving on the I-10, they often detoured to visit the former factory.

6. It's actually a pepper sauce

There are only three ingredients in Crystal: aged red cayenne peppers, distilled white vinegar, and salt (basically, it’s a health food), while Tabasco on the other hand lists vinegar first, not peppers, as its primary ingredient.

7. It's popular in all the right places 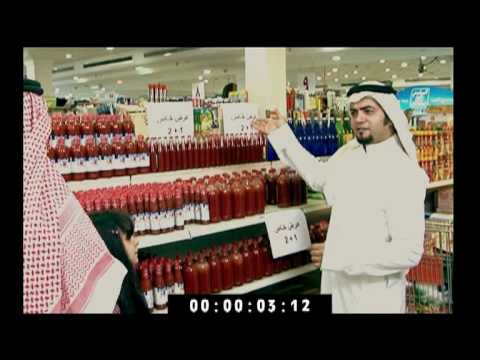 8. They dig it in other hot places, too

You can find Crystal in over 75 countries around the globe, but the biggest foreign market is Saudi Arabia, where its popularity borders on obsession. It became popular there when Louisiana oil field workers brought cases of the stuff to remind them of home. Now, according to the site Stuff Saudi People Like, “Many Saudis like to carry Crystal hot sauce in their pockets, waiting for the right moment to use it. Let’s say you are invited to your mother-in-law’s house for a lovely family dinner and you don’t like her food, you can’t be rude & not eat... right? Here is when Crystal comes in handy... you will eat everything on the table and make your in-laws happy.”

9. They totally recovered after Katrina

The Baumer factory on Tulane Ave was destroyed in 2005 by flooding following the hurricane, and their iconic sign was, as well. Even after Baumer Foods moved their facility to Reserve, LA (nine feet above sea level, this time), the sign was built anew in 2010 and placed on top of the former building, which now houses apartments. You can see it still today, in all its glory.

10. You can also get Crystal... Worcestershire sauce?

Aside from Crystal (and Crystal “Extra Hot,” which is extra awesome), Baumer foods also makes teriyaki sauce, wing sauce, Worcestershire sauce, and steak sauce. Basically, the sauces that go with all the best foods.

11. It probably won the Super Bowl

Crystal is the official hot sauce of the New Orleans Saints and the LSU Tigers. WHO DAT!!! There is no word on whether the teams’ sports drinks are spiced with it.

Baumer is a family-run company; Alvin Sr. and his beloved Mildred adopted Alvin Baumer Jr. at birth, and practically raised him in the factory. In fact, Alvin Jr. fondly recalls his dad getting a fine for violating child labor laws when he was discovered to be answering the phone for them. He runs the company now, and his son will take the reigns one day, too.