The Flatiron District’s Thyme Bar opened below Patisserie Chanson in February with one primary goal: Earn enough revenue to keep the concept afloat. But when COVID-19 descended on New York City only a month later, the cocktail cellar was forced to abandon its initial business model and get creative. Sister brands Thyme Bar and Patisserie Chanson joined forces and came up with a new mission: Use their businesses to support the community during an otherwise grim time. 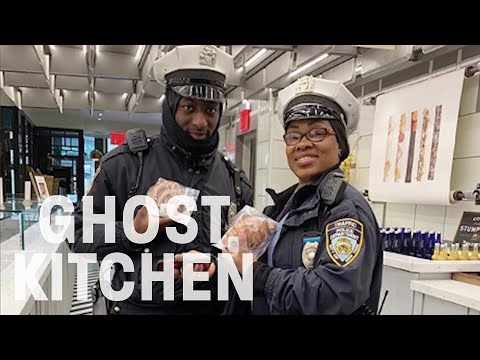 Before NYC restaurants were restricted to takeout and delivery only, Patisserie Chanson and Thyme Bar operated fairly independently, with Chanson serving brunch and baked goods during the day, and Thyme mixing drinks by night. As soon as dining out was banned, they pooled their resources and scrambled to create a delivery strategy.

“We put together a to-go cocktail program and a to-go food menu, but the problem we had off the bat is that there weren’t enough drivers,” explains bar director Colin Stevens. “And that’s partially because more people were ordering delivery, but also a big part of it is that delivery drivers also don’t want to work.”

Recognizing how much stress frontline workers were under, the team decided to make a small sacrifice and set aside some of their goods for the hardworking people who need a lift. Drivers, delivery people, police officers, firefighters, and paramedics can stop in for a free croissant each day -- no purchase necessary -- and all hospital workers get 50% off their orders.

“Without the police officers being on the front lines, without the delivery guys, without the UPS guys, FedEx guys, our business wouldn’t be able to continue running,” says Martin Powell, general manager at Chanson. “We just want to make it a little easier for them.”

“Anything we can do to make their day a little better, even if it’s just one pastry, it puts a smile on their face, and that makes a big difference for us,” adds Stevens.

Of course, Patisserie Chanson and Thyme Bar have their own challenges ahead, and though they haven’t had to lay off anyone yet, nothing is certain. Still, employees travel to work with a cheerful attitude each day ready to roll with the punches and pitch in however they can.

“We have fears just like everybody else,” Powell says about going into work each day, “but we know if we’re not at work, then some people aren’t able to eat.”