A stellar lineup of legendary eats and limited-edition swag kicks off December 9 with Rao's. 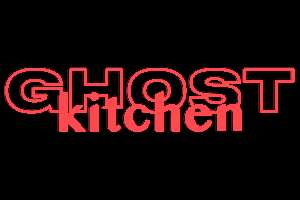 Most New Yorkers live in tiny apartments, which is part of the reason spending much of their time at restaurants is so meaningful—for regulars, those spaces often become extensions of their own living or dining rooms. At the onset of COVID-19 this spring, those spaces were shuttered virtually overnight because of government mandates, leaving restaurants with few options: close, or quickly adapt to offering takeout and delivery only. During this time, large restaurants and small eateries alike fought to stay open by downsizing their staff and working in leaner operations, morphing from the beloved dining destinations where New Yorkers spent so much time to ghost kitchens—where skeleton staff churned out reduced menus for to-go customers only.

Whether it was to serve frontline workers, furloughed restaurant staff, the food insecure, or regular customers, many restaurants boldly stayed open despite the circumstances. Thrillist captured the ingenuity and heart of ghost kitchens emerging all over the country this spring through our docu-series, Ghost Kitchen. And since then, ghost kitchens have become a vital business model in the age of COVID-19 for restaurateurs everywhere.

With so many restaurants continuing to struggle due to COVID-19, Thrillist Ghost Kitchen returns on December 9, but with a more comprehensive program that includes direct collaboration with NYC restaurants. In partnership with Zuul, the expert in ghost kitchen systems and technology, Thrillist will team up with 10 landmark restaurants in NYC to offer takeout and delivery of their iconic and most exclusive dishes. And because of all of the financial hardships restaurants have already endured this year, Thrillist will cover all costs including food, labor, packaging, and delivery.

According to Thrillist’s Chief Content Officer, Meghan Kirsch: “Our ambition is to continue offering our passionate audience the experiences they crave while helping the community endure this unprecedented time.”

From December 9 to April of 2021, through two-week residencies in a specially designed ghost kitchen in SoHo, a selection of Thrillist-approved and curated restaurants will prepare signature items for takeout (from 30 Vandam Street) and delivery on Wednesday, Thursday, and Friday evenings. With a delivery zone from downtown Manhattan to 96th Street, Thrillist Ghost Kitchen will offer delivery from these NYC culinary institutions—and for some Manhattan areas, it will be for the first time ever.

And to further celebrate this exclusive access—and also as an homage to drop culture—every Thrillist Ghost Kitchen delivery will include limited-edition swag custom designed and inspired by the restaurant. Along with their food, recipients can expect a special kit containing a t-shirt designed by a local artist, along with an insulated branded bag, eco-friendly reusable cutlery set, and portable wine tumbler.

Thrillist Ghost Kitchen kicks off its stellar lineup of 10 restaurants with Rao’s, the legendary East Harlem eatery. Established in 1896, in addition to being NYC’s oldest restaurant that’s remained in its original location and owned by descendants of its founding family, Rao’s is also known as one of the city’s most impossible-to-book restaurants. With only six booths and four tables in its dining room, its 114th Street and Pleasant Avenue location has long been a sought-after spot since 1977, when a three-star review from New York Times food critic Mimi Sheraton put Rao’s on the must-try list of food enthusiasts everywhere. Since then, with the majority of the restaurant’s seating reserved for their longtime regulars, Rao’s Southern Italian food and dining experience has been one of mythical proportions few have experienced, but many have fantasized about.

But due to COVID-19, like every restaurant in NYC, Rao’s has also had to adapt to the times. Before the pandemic, closing the restaurant was rare and only done on occasions such as the passing of family members. The restaurant continued the tradition of staying open for business after closing for a single day in mid-March. “We closed on Monday, and we [re]-opened on Tuesday,” says co-owner Ron Straci, “and we’ve been open ever since.”

Because of the small size of their restaurant space, since indoor dining was allowed to resume back in September at 25% capacity, Rao’s has opted not to reopen their renowned East Harlem dining room just yet, and outdoor seating isn’t offered as well. And prior to COVID-19, while the restaurant had previously offered takeout on a limited basis for special events, this is the first time Rao’s has been operating as a takeout-only spot. Beyond Rao’s Homemade, their popular line of pasta sauces and cooking products that launched in 1991, Thrillist Ghost Kitchen will not only be the first time the majority of New Yorkers can get a taste of Rao’s famed cooking, but also the first time to do so through delivery.