By Michelle Burgess, and Stephen Ross 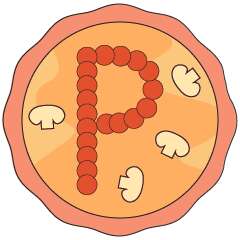 Pizza lovers (aka human beings) in SA need not concern themselves with the geographic reality that we’re 1,800 miles from the pizza epicenter in NYC, or 1,200 miles from Chicago's deep-dish mecca. Sure, the Alamo City may be better known for tacos, and burritos, and virtually anything other than pizza, but don't be fooled: Just because we're not overrun with dollar-slice joints doesn't mean we can't hold our own when it comes to pies and slices. Whether you're on the hunt for Neapolitan or NY-style, San Antonio's got more than enough great pizza to feed your need. Here's everywhere you need to go.

Beloved mom-and-pop pizzeria with an all-you-can-eat buffet
This Westside pizza shop is closed on Sundays and Mondays, but during the rest of the week it kicks out a range of can't-miss specialty pizzas. If you're looking for some true San Antonio-level spiciness, go for the El Diablo (topped with habañeros, jalapeños, and ghost peppers) -- or, if you'd rather take a walk on the milder side, turn to the Al Greco topped with feta, black olives, and gyro meat. There's also an all-you-can-eat buffet deal for pizza, pasta, and salad here, which is great if you're the sort of person who can survive an all-you-can-eat pizza and pasta buffet.

Nationally renowned joint known for the best wood-fired pizza in town
Dough has brought expertly crafted Neapolitan pizza to the Alamo City since 2007, with an ingredient list that couldn't be simpler: imported buffalo mozzarella, tomato sauce, Parmigiano-Reggiano, and locally sourced basil. Mention pizza and San Antonio in the same sentence to anyone who knows the food scene here and one name consistently comes out on top. along the way becoming an integral part of its community. Believe the hype -- Dough is the real deal.

Old-school decor with fresh ingredients and crispy-yet-chewy pies.
The ingredients are fresh, the crust is appropriately doughy on top and crispy on the bottom, and the value is unbeatable. MAAR’s won’t win any prizes for interior decorating, but the genuine friendliness of staff more than makes up for it. The menu is huge -- most of the non-pizza items are standard deep-fried fare -- but pizza is clearly the star. The Moon is a straightforward margherita -- tomatoes, mozzarella, olive oil, and spices -- deftly prepared and satisfying.

Critically acclaimed spot serving three major pizza styles
The pizza menu offers a trilogy of styles -- New York, Chicago deep dish, and California wheat crust -- giving diners a pretty broad variety. And the best part is that Trilogy manages to pull off each type without compromising on authenticity. The Farmers Market is one of the menu's specialty pies, and while not exactly light, it provides a fresh take when you’re just not feeling the pepperoni. Made with garlic-infused olive oil, mozzarella, feta, chicken, spinach, tomatoes, zucchini, and artichokes, it is truly elevated by the unique, fresh sauce.

Classic pizza from an NY transplant
Owned by a Buffalo native, Capos is essentially a one-man show. The NY-style pizza is made with fresh ingredients and baked in a deck oven, which looks kind of like a Craftsman tool chest and churns out some pretty spectacular pies. The restaurant is bare-bones, the prices are great, and the owner makes it a point to greet every customer who comes through the door. It’s a neighborhood spot whose charms have convinced plenty of fans from the far reaches of SA to make the drive.

San Antonio's go-to for Sicilian slices
The square, Sicilian-style Padrone pie serves four and is the house specialty; it piles on the Mediterranean flavors and has developed a fiercely loyal following. But, if you’re in the mood for something different in the way of toppings, the selection is expansive enough that no matter what you're after, you're likely to find it. Prices are reasonable, especially at lunch, and the real Julian works hard to ensure fast and friendly service.

Famous pizza joint known for its 42-inch pie.
Grab a few friends, or a soccer team, or your entire wedding party, and go chow down on one of Big Lou’s giant pizzas. Sure, it’s a gimmick, but this isn’t just an oversized monstrosity -- it’s a delicious oversized monstrosity. Big Lou’s is a fun, lively place, even for smaller parties who opt for standard-size pizzas.

Tiny, no-frills joint serving affordable NY pizza.
This strip-mall eatery is cozy -- or cramped, depending on whether you’re a "glass half full" kind of person or not -- but big on flavor. The owner hails from Naples and arrived in SA by way of New York City, so his pizza cred is real. Also, don’t skip dessert; the cannoli and tiramisu are homemade and fabulous.

Romantic spot with creative pies & locally sourced ingredients.
Because Stella is in Southtown, and its pizzas are all pretty artisan-leaning, does that make it a hipster joint? Perhaps, but with food this good, even the most mustache-averse diners won’t mind. Stella strives to be thoughtful in its dishes (using locally sourced ingredients), and it shows. Traditionalists need not fear, however; it makes a pepperoni pie that’s just as good as its sausage & kale offering.

Perfectly crusty pizza with a great beer selection
Beer on tap and a comfy patio with a sandbox for kids are two of CPG’s draws. But truly, even without these accouterments, Cerroni’s shines. Regulars sing the praises of the pasta dishes, paninis, and other sandwiches, but Cerroni’s is no slouch in the pizza department. The offerings range from super traditional to gourmet, but all share a consistently perfect crust and are served by some of the friendliest folks around.

Huge NY-style pies in a laid-back setting
This Castle Hills pizzeria is a classic, old-school joint that keeps it simple with traditional choices: wings, pastas, salads, and of course NY-style mega pies. The Meat Special is a favorite, weighted down with pepperoni, sausage, beef, and Canadian bacon. At lunchtime, though, you'll want to grab Poppy's buffet, which may just be one of the best deals in SA: for $8.95, you can snag slices, load up on pastas, and stay (semi) healthy with a salad.

Instant classic spot serving hand-tossed and thin-crust pies
Southtown opened back in 2016, and is the place San Antonio's pizza nerds have been waiting for. Owners Julie & Randy Vrana proof their own pizza dough, bake their own bread, and roll most of their own pasta -- so it's no surprise that the resulting food is some of the best you'll find anywhere (not just in San Antonio). The pizzas come with two crust options: hand tossed (which has some chewiness to it) or thin crust (which is almost cracker-like in consistency). Swing by here before you have to make a reservation, because it's the next big thing.

Sign up here for our daily San Antonio email and be the first to get all the food/drink/fun in the Alamo City.

Michelle Burgess is a San Antonio writer. She walks the streets of her neighborhood nightly, trying to appear casual as she peers into strangers' windows for design ideas. Follow her @MishiBurg.
Stephen Ross writes about all things San Antonio. Follow him to post-work libation liberation on Twitter @stephen__ross.