Easy Game Day Hosting Hacks to Free Yourself Up for Fun 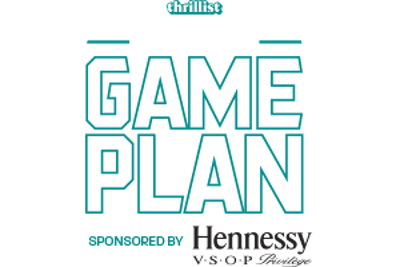 When it comes to hosting, you’re no Martha Stewart—we get it. You’re not even Patrick Stewart (who, as a Knight of the British Empire, actually should have mad gracious hosting skills). But with the NFL preseason upon us, there’s a chance your friends and some friends of theirs that you’re not really that friendly with are going to be expecting to have a very good time at your place in the very near future.

That’s where we can help. We’re not going to transform you into Snoop’s BFF herself, but we can throw a few tips your way to up your hosting game—and lighten your hosting load so you can focus on the main reason everyone’s here muddying up your furniture (good times, hopefully good games).

Did you know that the concept of the checklist was developed by the US Air Force back in the day to simplify the most complicated tasks, like piloting a fighter jet? (It’s true—check it out.) You’re not landing an F-22 Raptor here, but a decent pre-party checklist will guarantee you don’t forget anything obvious or important. Take a few minutes and draw one up for food, drinks, supplies, etc.

Sage advice, indeed. Your eyes will be bigger than the collective stomachs of your friends, you’ll overspend, and get stuck with a bunch of leftovers. Then again, you don’t want to under-buy, either. To get it right, try one of several food calculators out there that allow you to punch in the number of guests coming over, along with the duration of the party, and—boom—they’ll give you a rough estimate of the amount of food you’ll need. A common rule of thumb: Guests will eat 4 to 6 appetizers each in the first hour, then 3 each for every subsequent hour. There’s also the one-pounder rule, which allots—you guessed it—one pound of food per person for the duration of the party. For your beverage shopping, there are drink calculators as well.

Don’t have a cooler? Use your washing machine

There’s no way your fridge will be able to accommodate all the beverages you’ll stock for this particular soiree. But if you can’t lay hands on a cooler, don’t sweat it: Your washing machine can double as one. Fill it partway with water, the rest of the way with ice, then load in whatever bottles or cans you want to keep cold. When you’re done, use the water to run a load of laundry.

Square away your seating

At your average cocktail party/mid-winter throw down/Elks Lodge mixer, people spend the majority of their time standing. But serious game-watching means sitting down (or collapsing in misery when your team throws a Pick 6), so you have to get your seating accommodations right. Whether this involves moving a couch closer to the wall, swapping a bulky armchair for several folding chairs from your basement (or beach chairs from your deck), or dragging a bean bag out of your bedroom, get it done. Your goal is to optimize the comfort and sight lines so everyone’s happy and can easily see the game/commercials.

Take your bag of chips—be they corn, tortilla, or potato—open the top wide, and then, starting from the bottom, roll and fold, gradually, with two hands. Seconds later you’ll have a built-in, portable, and—most importantly—disposable, bowl of chips.

Make one or all of these two-ingredient appetizers

Tee up some fun, non-geeky sports trivia to get conversation rolling

Like this one: Five pairs of teams across different pro sports have the same nickname, e.g., Texas Rangers (MLB)–NY Rangers (NHL). Can you name them all? Or, what is the only NFL team to complete a perfect season? Or this March Madness tip: According to Davidson University math professor Tim Chartier, 76 percent of NCAA men’s tournament upsets are scored by 10, 11, and 12 seeds, with 12 seeds bagging 27 percent of them. Okay, fine, that was a little geeky. But it’ll come in handy when you’re filling out your bracket next year, and you nail that 12-over-5 seed upset.

Set up box pools, a.k.a. squares

Why not? People traditionally do them for the Super Bowl, but squares are just as easy and fun to do for pre-season and regular season football. In case you forget how to set up a box pool—which, for any non-sports fans in your group, requires exactly zero sports knowledge to participate in—here’s a refresher:

For example, if the score is 14–6 Falcons, then the player who initialed the box for Column 4, Row 6 wins the quarter. And it doesn’t matter which team is ahead: your group winner would be the same if the Falcons were losing, say, 14–26, or 24–36. (As we said, knowledge of the game is not required.) The process repeats for each quarter of the game, so there are four chances to win.

Put out an extra wastebasket or two

Make them visible, and easily makable for those in your group with historically bad shooting percentages. This will free you up from, “Where’s the garbage?” inquiries during the party, and additional cleanup afterwards.

Trust us: This will make your life easier during and after the get-together. Make sure you have plenty of TP, a couple of extra hand towels, and that your soap dispenser is not at the ‘diluted-with-water-to-get-that-last-little-bit-at-the-bottom’ stage. Also: you know that empty white space on the top of the toilet tank? Populate it with a can of air freshener. Everyone will be glad you did.