Louisville’s always been a great music city, from its influences in Appalachian folk and bluegrass or the city’s own booming ‘90s punk scene. More and more, talent of all genres is thriving in L-ville and the city has been home to great acts from My Morning Jacket to Bryson Tiller. But you know those guys already. What we’ve got here are 20 bands who are creating new and distinct music in Louisville right now that you should have been listening to all year. Well, now’s your chance to catch up (and don’t worry, we won’t call you out on your local music cred).

Genre: Folk/Americana
Bridge 19 has played in support of artists like Sarah McLachlan and Brandi Carlile, channeling an energetic and distinct sound that employs instruments like horns and accordion to complement the standard folk rock ensemble.
Latest release:Riding On A Wire
Start listening: “Chain”

Genre: Jazz/Rock
This group joined up after meeting at the University of Louisville School of Music, where they all studied jazz and realized a shared interest in making that genre accessible to the average listener. From there, the guys mixed their jazz skills with pop and rock to create a distinctive sound that culminated in their debut, self-titled EP.
Latest release:The Big Quiet
Start listening: “Sophia”

Genre: Rock/Indie
Sultry and strong, vocalist Natalie Felker’s lyrics speak to a higher power, evoking a sound that envelops the listener and pulls them along on a journey. The latest one through the Kali Yuga, a Hindi period of global, spiritual discord.
Latest release:Nightfall In The Kali Yuga
Start listening: “Power of Friends”

Genre: Prog Rock/Folk
Phourist & The Photons has a distinct sound, rooted in energetic piano and the distinctive voice of frontman Nick Hill. Look for the band’s upcoming album, “While We Still Have The Morning,” which features singles that are being released across several Louisville publications before its March release.
Latest release:An Infinite Indigo
Start listening: “Here’s Some Moonlight For Your Day” 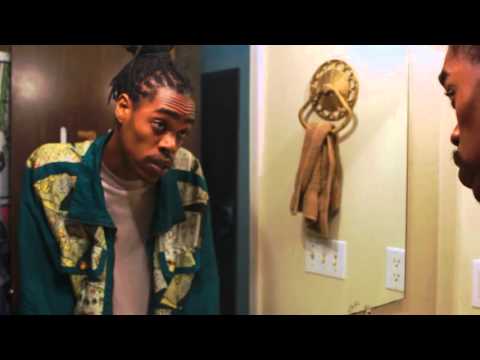 Genre: Soul
Whether he’s collaborating with other musicians or performing with his backing band The Jesse Lees, Otis Junior always brings a mix of funk, soul and synth. His recent EP Ships was closely followed by 1Moment2Another, a collaboration with Louisville rapper and producer Dr. Dundiff and released through German label Jakarta Records.
Latest release:1Moment2Another (a collaboration with producer Dr. Dundiff)
Start listening: “Me Vs. Me” 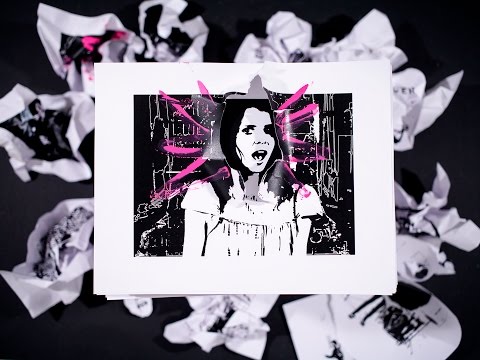 Genre: Rock
An example of well-paired male and female vocal talent, Frederick The Younger is an upbeat group who’s found their groove here in Louisville. Their latest EP, Warm Front, was picked up by a label and I can only hope to see a full length album on its way. The sooner, the better.
Latest release:Warm Front
Start listening: “You Don’t Lie”

Genre: Instrumental/Rock Symphony
You may recognize In Lightning from Kentuckiana Pride 2016, where they opened for Jordin Sparks. This seven-piece band is dynamic, creating modern symphonies that are energetic and electric. If you have the chance to see them perform live, take it.
Latest release:In Joy
Start listening: “Cardinal” 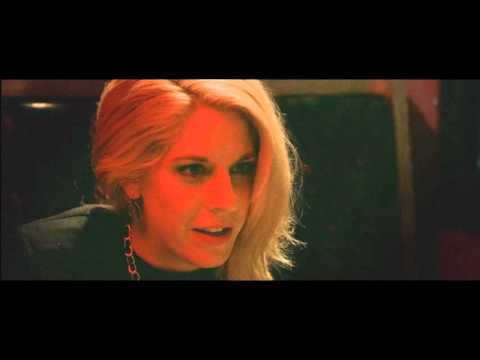 Genre: Rock
The epitome of garage rock, BRENDA lives and plays with an all-caps attitude. They’re loud, groovy, grungy and full of energy, led by Brenda who is literally beating her own drum. Plus, their love of pizza is all of us.
Latest release:Nightschool
Start listening: “Top Shelf”

Genre: Rock/Blues
It’s hard to put Jaye Jayle into any category. Each song on House Cricks is its own, from distortion and grunge to something reminiscent of Johnny Cash’s “God’s Gonna Cut You Down.” Evan Patterson’s gruff voice anchors each song, telling a somber story but ultimately pulling the listener into a shadowy world of sound that’s hard to leave.
Latest release:House Cricks and Other Excuses to Get Out
Start listening: “House Cricks”

Genre: Electronic
If you ever have the opportunity to listen to BEACONS in person, take it. Mixing distinctive vocals with reined-in synth, the group channels classic indie vibes, while their latest release strongly embraces a rock foundation. One night dancing to BEACONS at Zanzabar will make you want to make it a weekly ritual.
Latest release:Black Boxes
Start listening: “The Attractor”

Genre: Soul
Establishing their sounds as “Kentucky Fried Soul,” ZLP is another example of male and female vocal collaboration that takes good music to new heights. With the support of a huge ensemble, ZLP has been able to produce an impressively distinct brand of southern soul.
Latest release:Up up & Away
Start listening: “Shelter”

Genre: Hip Hop
This young talent came into the spotlight before he’d even finished high school, releasing his debut album, 18, just a few months after graduating. Fast and energetic, Harlow’s lyrical tracks depict the life of a teen guy, from girls to riding ‘round town.
Latest release:18
Start listening: “Got Me Thinking”

Genre: Americana/Indie
The latest iteration of an artist who’s explored a number of genres from hardcore to indie, Andrew Sellers is now going by Andrew Rinehart and exploring more the elemental sounds of acoustic and folk music. Touches of his musical history remain, making the end product an interesting mix of sound and sentiment.
Latest release:Nothing / Everything
Start listening: “Doin’ What We Have To Do” (feat. Cheyenne Mize) 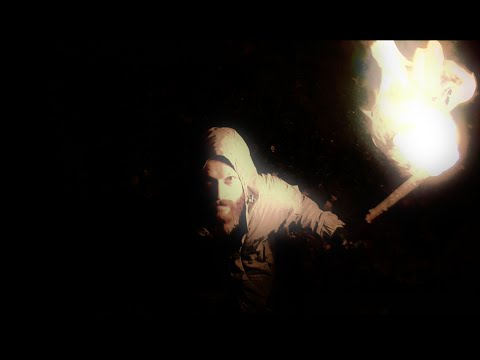 Genre: Americana/Alt-Country
A self-described “bummer rock” band, Quiet Hollers has been bringing down the mood since their 2013 release, I Am The Morning. Despite some dark themes, Quiet Hollers consistently delivers vibrant visuals and storytelling that makes their music captivating and compelling.
Latest release:Quiet Hollers
Start listening: “Mont Blanc”

Genre: Americana/Rock
From their sound to their wardrobe, Nellie Pearl is into channeling sounds from another time. Lauren Monroe is a powerful vocalist, yanked from any number of eras where women ruled the stage and captivated every audience. The latest album, Lonesome No More!, explores several genres and covers everything from love to drug use, pulling listeners through a whole gamut of experiences.
Latest release:Lonesome No More!
Start listening: “Cowboy Cold” 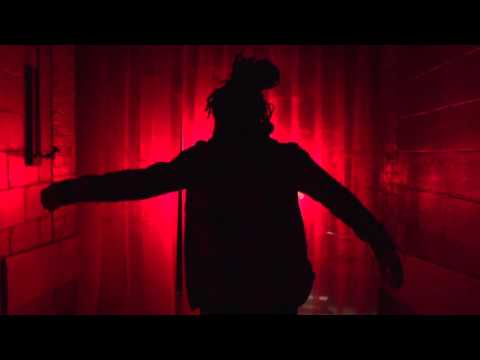 Genre: Hip Hop
Formerly known as Jalin Roze, Lindsey has established himself well in Louisville’s hip hop scene. Now, with a change in name comes a shift in music with more deliberate lyrics, increasingly complex sounds, more cross-genre collaboration and stunning art and visuals. Be on the lookout for a number of releases in the coming months.
Latest release:Gold Watch (Get Lost) - House Ghost feat. James Lindsey
Start listening: “Breaks Over”

Genre: Prog/Psych Rock
Each Wax Fang project is distinct, like their rock opera The Astronaut. Everything that this band does is deliberate and artistic, reaching for the next theme, the next expression, the next journey through space. Every release from Wax Fang is new and remarkable.
Latest release:Mirror, Mirror
Start listening: “Majestic”

Genre: Indie Folk/Alt-Rock
Recently moved back to Kentucky from Washington, D.C., Vandaveer is a group that has perfected vocal collaboration and paired it over sanguine sounds with enchanting lyrics that channel life’s experiences.
Latest release:Love Is Melancholy
Start listening: “But Enough On That For Now”

Genre: Americana/Soul
Lewis’s soulful voice is one that’s hard to compare. He’s been playing in Louisville for years, shows big and small (including opening sets for Norah Jones and Leon Russell) and collaborating with artists like Ben Sollee. Each EP release gives a glimpse into life, rich and dynamic and relatable.
Latest release:Every Little Thing
Start listening: “Go Outside”

Genre: Comedic
Howell Dawdy is unlike any other. A project of Lydia Burrell’s Alex Smith, Howell Dawdy is an alter ego of sorts, showcasing wit sing-spoken over electronic music and creative collaborations. Somehow, there’s a Howell Dawdy song for seemingly any occasion -- Halloween, the middle of summer, that time you accidentally set the kitchen on fire.
Latest release:Handsome Boy
Start listening: “Fire Extinguisher”

Sign up here for our daily Louisville email and be the first to get all the food/drink/fun in town.

Michelle Eigenheer is a Louisville-based writer whose work on bourbon and music have melded together to make every Sunday morning a struggle. You can find her tweeting about Westworld @fleurdelou_.