Aaron Paul Is So Obsessed with 'Stranger Things,' He Wants to Adopt Eleven 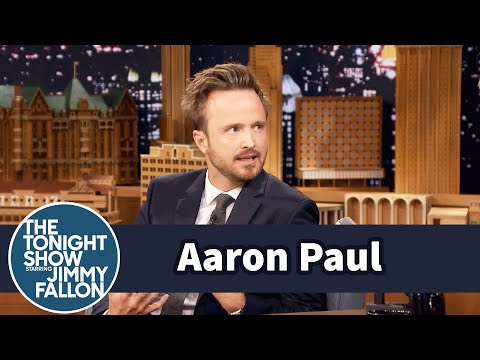 We're not the only ones obsessed with Stranger Things -- even TV royalty can't get enough of Netflix's smash hit series.

On The Tonight Show with Jimmy Fallon Wednesday, Aaron Paul used just that word -- "obsessed" -- about a half dozen times when referring to his commitment to the show, totally derailing a talk-show appearance likely intended to promote The Path and BoJack Horseman, Paul's own streaming series.

And Paul's not exaggerating his adoration: in the clip above, the actor tells Fallon that he and his wife want to adopt Millie Bobby Brown, the breakout young actress who plays Eleven (but is actually 12 years old... so close). Unlike Eleven, Brown does have her own parents to live with, though, so Paul had to settle for interviewing her for the character's nicknamesake magazine, Elle. Chin up, Aaron Paul: maybe the Duffer Brothers will cast you as her father figure in Season 2.

Lauren Leibowitz is Thrillist’s Entertainment Editor and would gladly let Aaron Paul adopt her instead. Find her on Twitter @lleibowitzz.
Thrillist TV
History of
The History of Tailgating