Don't Write Off the Controversial LGBTQ Movie 'Adam,' Which Is Actually Very Good

This interaction is core to Rhys Ernst's Adam, a brilliant and complicated movie, but you might not know that if you’ve been following the controversy that's been surrounding it. Based on Ariel Schrag's widely hated YA book of the same name -- a quick search shows that a whopping 1% of Google users enjoyed it -- this adaptation seemed misguided at best, especially with Schrag, a writer on the original L Word's third and fourth seasons, taking on the screenplay. But the decision to bring on Rhys Ernst, a queer trans man whose credits include the Outfest-winning short She Gone Rogue, seemed to imply the movie would be different.

For some, this was not enough. Before premiering at Sundance, calls to #BoycottAdam were already widespread across social media. The vitriol only increased when a Twitter thread accused the crew itself of transphobia. Reports in Buzzfeed and Vulture have addressed some of these concerns, but many in the community remain unhappy that the film is being released at all.

It's a shame, though, because throughout all of this discourse, what’s been lost is the film itself. While the premise, and the source material, are certainly controversial, Adam is an extremely queer, extremely trans, messy little masterpiece. 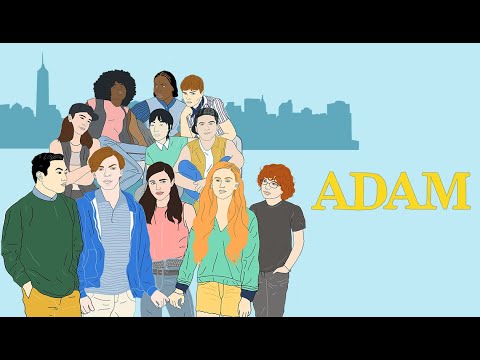 Adam is theoretically about a 17-year-old cis boy named Adam (Nicholas Alexander) who spends the summer of 2006 with his queer sister in New York. He meets a lesbian named Gillian (Bobbi Salvör Menuez) who assumes he's a trans guy; he lets her keep believing that as they develop a romance. But Adam is actually about queer community, trans-exclusion in queer spaces, labels, bierasure, and the pitfalls of dating while trans.

It's not that there isn't a movie within Adam that's palatable for cis straight audiences, a movie that teaches them trans 101 while giving them a heartfelt, hilarious story. That's all there. It's just that it's not the most interesting movie taking place on screen. Because while Adam is fumbling his way through this new world, we, the viewer, are getting to see more than he ever could.

One of these not-so-hidden threads is a portrayal of what it's like for trans people to date. When Gillian tells Adam at the end of their first meeting that she's never dated a trans person before, Adam stutters because he's not trans. But I, or any trans person, might stutter too. Because what exactly are we supposed to say to that? Or what about when Adam meets Gillian's friends and one of them asks, within moments, when he transitioned? Or when one of her friends says in front of Adam that she'd never date a man because men always act like they're getting something from her? Or when a different confused cis woman tells Adam that she loves "tr*nny cock"?

The brilliance of Adam is that it shows these dating microaggressions without forcing a trans character to experience this abuse. Instead in these moments, we get to laugh at the absurdity of these cis people and Adam's cluelessness. Yes, it's cringeworthy when Gillian tells Adam he's brave, but wouldn't it also be cringeworthy for her to say that to a real trans man just trying to flirt his way through a first date?

The premise also allows for an exploration of bisexuality and sexual fluidity within lesbian circles. There's a scene early on where Adam is crashing an L Word watch party and everyone is making fun of Tina for dating a man. This scene reverberates throughout the film as Gillian grapples with what it means for her to date a man, any man. Is it somehow more acceptable for a lesbian to date a trans man than a cis man? What is that saying about the trans man's gender? Or, more accurately, what is that saying about the cis lesbian community's true feelings about the trans man's gender? But Adam does not only place its protagonist in contrast with cis people. The film is also filled with complex trans characters.

One of the best aspects of the film is Adam's relationship with one of his sister's roommates, Ethan, played wonderfully by L Word revival cast member Leo Sheng. It's unclear whether Ethan is actively stealth or simply chooses not to disclose, but Adam has no idea his new best friend, and new mentor in all things masculine, is a trans guy. This friendship, especially in contrast with Adam's other friendship with a cis bro, is tender and, in a way, framed as the true romance of the film.

There's one particularly moving scene that takes place entirely from Ethan's perspective. They're watching a news report about a trans woman who's been murdered and Adam's cis friend expresses sympathy towards the killer. The choice to center Ethan in this moment works wonderfully to both highlight the lived experience of an actual trans person and emphasize how little Adam understands about his stolen identity.

It's as if Ernst took the oft-given suggestion that queer stories need an audience surrogate and decided to use that as an excuse to make his debut feature even queerer. During the Outfest Q&A, an audience member asked whether his next movie will have a trans lead. Ernst smiled. He's working on a script about two middle aged trans men, so yes, it appears that it will. It was the smile of a queer trans man who doesn't care what stories you think he should tell, of an artist who knows exactly what he's doing. It was the smile of a filmmaker who's only just begun.

Drew Gregory is an LA-based writer, filmmaker, and theatremaker. She is currently on staff at Autostraddle and runs social media for I Heart Female Directors. Find her on Twitter and Instagram @draw_gregory.