If you were cruising Twitter or Tumblr at any point within the early years of this past decade, you probably saw the haunting digital paintings of Simon Stålenhag, a Swedish artist who made a name for himself on the internet by painting misty, dreary scenes of unspecified countrysides, dotted with tiny people-shapes dwarfed by giant, abandoned robots. The images had a postwar feel, as if a secret branch of the Cold War in the Eastern Bloc was fought using machines more sophisticated than tanks or machine guns. His work is instantly recognizable and evokes a distinct mood: Something happened here, recently enough for remnants to still be hanging around. His art grew popular enough that he published three books of his illustrations, the first of which, Tales from the Loop, Amazon loosely adapted into a beautiful, affecting TV show.

Tales from the Loop doesn't really have an overarching plot, though it does have a very interesting setting and premise that inform the action of every episode. Set in a small midwestern town in the mid-'80s (prime Amblin and Stranger Things territory, though the show steers clear of the worn-out nostalgia angle), the episodes all have something to do with the Loop, a facility kind of like a particle collider built underneath the town that, purportedly, allows the impossible to become possible.

The show is sort of an anthology -- it's more of a series of interlocking events centering around the same place and the same family, like a book of short stories with recurring characters. Jonathan Pryce plays the aged patriarch of a nuclear family parented by Rebecca Hall and Paul Schneider, whose careers are all focused in some way on the Loop and what it studies -- not that that is ever made explicitly clear. The first episode examines the effect of time travel on the human soul and the fear of allowing the past to repeat itself; a later episode deals with the inevitability of death and grief. 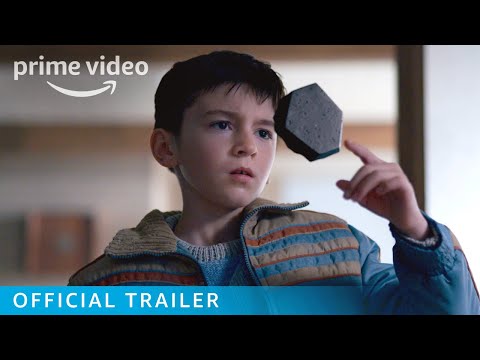 Aside from that, the show's central thesis seems, if nothing else, to be beautiful. Each episode is lovely to look at (the first one was shot by long-time David Fincher cinematographer Jeff Cronenweth), with scenes on the surfaces of snow-covered ponds and nighttime conversations illuminated by hundreds of fireflies. Buildings dedicated to the Loop look like fallen spaceships, as if doubly inspired by those gorgeous images of Bulgarian Communist monuments (also a Tumblr fixture). The later episodes boast other particular talents: Pixar veteran Andrew Stanton (Finding Nemo, Wall-E) directed "Echo Sphere," "Home" was directed by Jodie Foster, and the whole show is soundtracked by composer Philip Glass. Like Stålenhag's pieces, each episode is presented like a curiosity to be studied and, if you can, understood.

Like they are in his paintings, the robots and other sci-fi ephemera are mostly background, providing an aura rather than becoming characters themselves. They shamble across fields in the distance or hide behind trees, fixtures of the neighborhood. It's a strength of the show that most of its stories are seen through the perspective of children -- those more likely to attach themselves to the occasional inanimate object, their tendency to anthropomorphize toys making them more likely to look upon abandoned, rusting automatons with sympathy (see: Hayao Miyazaki's Castle in the Sky and The Iron Giant). The season keeps Stålenhag's peculiar sense of beauty in things unexplained at the forefront, empathetically arguing that the ability to do the impossible doesn't give anyone the ability to change the world whenever they want.