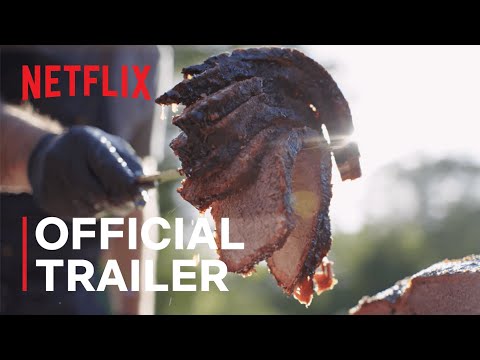 You've got a good grill and an apron with a cheesy saying to match. Maybe you consider yourself a bit of a pitmaster. Cool. But do you think your backyard barbecue skills are strong enough to earn you the title of barbecue champion?

You might not after watching American Barbecue Showdown, an eight-part cooking series arriving on Netflix on September 18. The show assembles some of the most impressive competitive barbecue cookers in the nation and, based on the trailer, it looks like it's bound to serve up a mouth-watering feast for your eyes that you can't actually eat. Hosts Rutledge Wood (who also appeared on Netflix's Floor Is Lava earlier this year) and Lyric Lewis challenge the contestants to justify their pitmaster titles through a series of cooking challenges that will be judged by Bludso's BBQ founder Kevin Bludso and Melissa Cookston of Memphis BBQ company.

In other words, prepare for lots of shots of extremely tender-looking meat glazed in pickle marinades, honey, and rich sauces, and served up with hearty sides while you're watching the trailer above.

Sadie Bell is the entertainment editorial assistant at Thrillist. She's on Twitter at @mssadiebell.
Thrillist TV
History of
The History of Tailgating