What's Up With the Camera Crew on 'American Horror Story' Season 6? 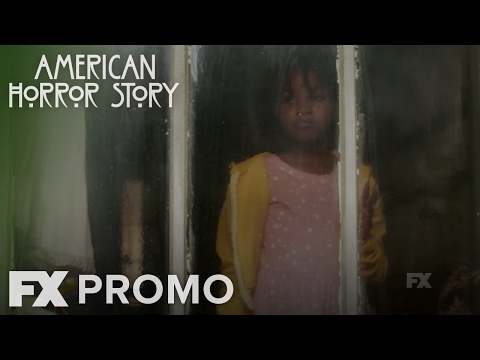 Already, one of the most compelling aspects of this year's American Horror Story is its unseen camera crew. Ryan Murphy introduced the Season 6 storytelling device with last week's premiere, giving viewers a show-within-a-show documentary that has Lily Rabe and André Holland recounting a terrifying "Roanoke Nightmare," while Sarah Paulson and Cuba Gooding Jr. reenact it.

Two episodes in, we still haven't learned who's actually interviewing Rabe and Holland, or who's shooting the dramatized tale starring Paulson and Gooding Jr. And, really, the mystery's intriguing as hell!

Fortunately the tease for Chapter 3, posted above, indicates a potential break from the doc format. "You need to turn off those cameras," says Adina Porter, the talking head who plays Holland's sister and whose anecdotes Angela Bassett depicts in the reenactments. "I said, Turn off the cameras!" The clip from next week's installment has led fans to collectively exclaim, "Jinkies!" and tap into their inner Velma Dinkleys. Here are some top twist theories from Reddit, AHS forums, us, and other sites.

Are one, or a combo, of those the answer? It's possible -- even probable, who are we kidding? -- that Porter's camera quote is a red herring, or that the twist is more complicated than these hypotheses. As far as official intel goes, those involved with the FX series have mostly remained tight-lipped, but Gooding Jr. let slip to Vanity Fair that he thinks each AHS season functions as a super-long episode of The Twilight Zone.

"This season, remember I said that," he told the magazine. "When you see this season, you'll realize how to interpret that Twilight Zone idea to an entire other level. When your head goes 'boom' and you've got brains all over the wall, you're going to be like, Motherf*cking Cuba Gooding Jr. I wish I could tell you when it happens, but I can't."

Maybe he can't, but Murphy can. The co-creator told Entertainment Weekly this week that Episode 6 has a "huge turn and the thing that you think you're watching is not what you’re watching." Brad Falchuk, the other co-creator, told the mag he feels like Episodes 1-5, 6-9, and 10 function as discrete stories. "No matter what you think [the twist] is, it's not that," he added. "Then, Episode 6 comes and you're like, 'Wait! What happened?'"

Episode 6 feels like an eternity away, so pray to The Tree and The Lightning That Strikes It for clearer clues next week.

Sean Fitz-Gerald is a staff writer at Thrillist Entertainment and just wants to know if Flora turned into a f*cking tree or not. Find him on Twitter @srkfitzgerald.