Like signature foods, popular sports, and holiday traditions, each European country has its own distinctive sense of humor. In Laughs In Translation, a new web series from the Above Average comedy channel, Saturday Night Live alum Brooks Wheelan explores the funny bones of Germany, France, and Denmark. How does comedy in those countries (plus the Netherlands) stack up against comedy back home? In his own words below, Wheelan breaks his findings down for us.

The stereotype about Germans being super-serious is totally true. Those dudes mean business. I asked a lot of people what there favorite comedies were, and they didn’t really know. And I asked people if they had senses of humor, and they would just say “yes” or “no,” and they wouldn’t explain it. I’d have to go back again to pin-down what the older generation laughs at, but it doesn’t seem like a lot.

While we were there we visited this place called The Humor Institute, which is run by a very nice woman, who, for someone teaching senses of humor, doesn’t really have one. The institute is all about charts and how to put a joke together and what is and what is not funny. It was weird. Germany is so regimented, it’s like: “we’ll teach you how to have fun” instead of just innately letting it happen.

But Berlin also has a very cool underground comedy scene. I went to perform at this comedy club there, and it’s so rad. The older generation, they are pretty serious. But then there’s also this younger demographic of Germans who are pretty much just rebelling and being like "that wasn’t us and we’re looking forward." And they’re super into stand-up comedy in a really cool way. The show I did was an alternative show in Berlin, and it was pretty similar to an alt show in L.A. in terms of what the comedy was. 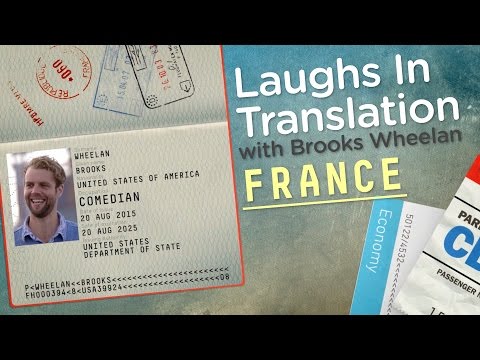 The first thing thing we realized is that French people are beaaaautiful. Hunk and babe city! It’s great. And the food is the best. In terms of comedy, we went in with the preconception that the French are snooty. Like, I can’t even name a French comedy! But also I’m not super sophisticated and I’m a hillbilly from Iowa, so it’s not like I was raised on Amelie. Ultimately, what we found out is that French humor is very broad. They consume a ton of American content on TV. Friends, Big Bang Theory and Two and a Half Men, all of those types of shows are very popular there.

We also interviewed some comedians and went to this place called Studio Bagel, which is a French sketch comedy troupe. I only interviewed like five people so it's hard to generalize an entire nation, but you realize that their sense of humor is pretty immature. They laugh at fart noises. The sketch that Studio Bagel had me do was really insane, where aliens were ejaculating into farmer’s eyes and I was being raped, and it was all part of a prank show. Normally I don’t feel above things, but I did.

It seems like French people don’t like to be made fun of. They like to make fun of other people. They’re kind of sensitive and they're not super into vulnerability, whereas American standup is very much about making fun of yourself. I’ll be honest, that was my least favorite country with regards to sense of humor. They’re too busy being smoking hot and smoking cigarettes to watch comedy.

Denmark was rad. It was insane, because in Denmark their whole thing is freedom of speech. They’re all about “we can say whatever we want, we were raised saying whatever we want.” And because of that, nothing is sacred. Nothing is too over-the-top. Like in 40 Year-Old Virgin they rip Steve Carell’s chest hair out and we all gasp, but over there that would be nothing to them. They have this movie called Klovn and in it they show a 7-year-old’s dick. Like, that’s where they go to get shock. And it’s insane. They go way past what we would consider edgy to a new level of edginess.

We went to this amusement park called Bon-Bon land, which is the weirdest place I’ve ever been. It’s this amusement park in the middle of Denmark that is just wacky animals doing wacky stuff, like horses eating shit and a cow with its tits out. It’s insane. There’s a farting dog. And kids get photos with these characters! It’s like a Tales from the Crypt episode waiting to happen, but it’s filled with children running around having a great time and nobody thinks it’s weird. If you’re in Denmark I would say you don’t need to go to it, but if you want some cool Instagram photos, check it out. 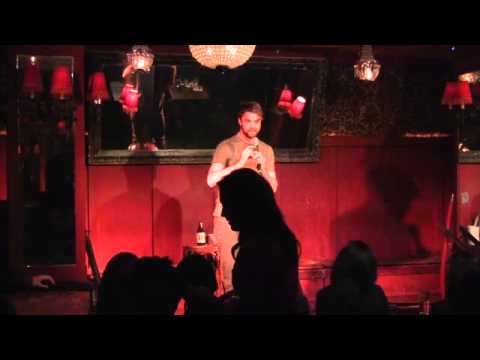 So I didn’t go to the Netherlands for the web series, but I did used to perform stand-up in Amsterdam. Although I was kind of drunk the whole time. I was just having fun and doing shows. But they have the Boom Chicago theater there, and it seems like Amsterdam is a really center for comedy in Europe. There's a lot of Dutch comedians and there's definitely a scene going on there over the other countries I've been to. They're into it, and there's a lot of Dutch comedy on television, and the stand-up shows were all filled up which was great.

I'd say the Netherlands was much more like Denmark than anywhere else. My comedy when I was doing it back then was pretty American. I was on SNL at the time I think and I was talking a lot about my experiences growing up in Iowa and living in L.A. and what it's like to get too drunk all the time, and they were all just like, okay! I think they're more used to jokes than the storytelling type of stand-up I do. They were a little taken aback by how long the stories were. They love one-liners. 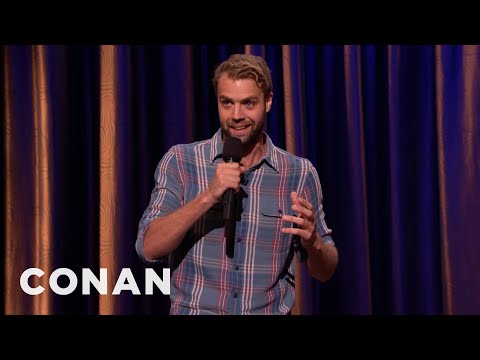 American comedy, man, you can't characterize it. You can't generalize any country completely. But what I would say is America is definitely the frontrunner of comedy in the world. England might argue, because they have some really great comedy, but I'm biased. Stand-up comedy is an inherently American thing, and it's so popular in the United States right now.

In the '80s stand-up got so popular, but then it went away because it got too oversaturated and people kept seeing bad comedians. But I think now, if people keep seeing good comedy and good comedy keeps happening, I don't think it's going anywhere. I think the comedy right now is better than it's ever been and I feel that way each year I've been in this business. And I think that's pretty exciting.

Anna Silman is a staff writer at Thrillist and an alum of Salon and Vulture. Find her on Twitter: @annaesilman.