In American Vandal, the 25-year-old brought a compelling mix of heartbreak and douchebag hilarity to the role of Dylan Maxwell, the teen accused of spray-painting penises all over his high school's parking lot. Series co-creators Tony Yacenda and Dan Perrault loved the way Tatro approached the character so much they're keen on using him again. ("Regardless of the future of Dylan Maxwell," Yacenda told us. "You're going to be seeing a lot of Jimmy Tatro.") But despite the recent success, he wants to make clear he's not done with YouTube just yet.

We caught up with Tatro to talk about the hit Netflix show, and his future plans for TV and YouTube. 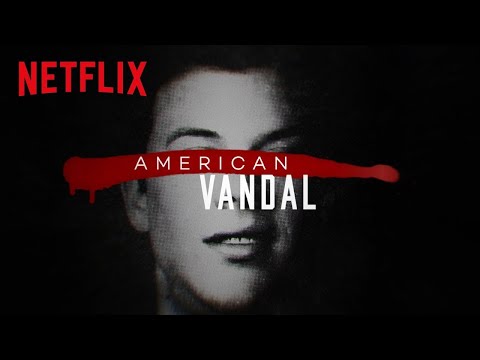 Thrillist: How did you make the character of Dylan your own?
Jimmy Tatro: The note I got throughout the project was, We don't want anything to feel over-the-top or overly comedic. [The creators] wanted everything to be real and grounded because what made this so funny is how serious the whole thing is taken. Sometimes I'd forget I was talking about [graffiti dicks], such a ridiculous topic, until someone said a line that just kinda blows you back, like, Oh, yeah, this is what we're diving into.

What was the hardest scene not to crack up in?
Tatro: The one scene that sticks out to me is the school-board hearing. There's a part where they ask me about the stuff Dylan does on YouTube, which is so ridiculous. So trying to explain those videos with a dead-serious face while looking at the entire school board stonewalling me? I remember explaining "Baby Farting" and turning around and just not being able to hold it together.

Yeah, Dylan seems like someone who wants to do Jackass, but on steroids.
Tatro: Yeah, I think Dylan definitely would be the guy who saw Jackass and was like, We can do this! Let's do this!

How did you feel about the way the series ended? Did you have any issue with the lack of closure?
Tatro: I read all the scripts in one sitting, and I remember catching myself being so curious about who did it. When I got closer to the ending, I kept getting hit with these curveballs -- it actually gave me a deeper appreciation for the show. The longer it goes and the further you get in the series, the more you realize it's not just a dick joke. [The writers are] actually putting forth a solid message.

When I first read the scripts and first read the ending, I felt similar to what you're referring to, where it feels kind of incomplete or you don't get a hard answer. But if you listen to Peter's final monologue and you hear why he says he doesn't want to specifically say who did it -- even though he's like 90% sure -- it makes a lot of sense. It's a really good way for it to end.

A lot of my friends texted me after they finished the show being like, Are you kidding me? I don't even get to find out who did it? But I think by the end, if you look at all the facts, you can figure out who it is.

Why do you think Dylan tags Shapiro's driveway?
Tatro: I think it had a lot to do with the aftermath of Dylan being exonerated. You watch him go from the highest point he's been in the whole show to then realizing how people actually view him. You see all the interviews with the kids at school and then he talks to Shapiro and he's expecting this big apology, but he realizes that in her eyes, he's still the same guy. I think that really messed with Dylan's head, because he thought that by proving his innocence it would change the overall perception of him. Once he realizes it's still kind of the same, I think that really hits him hard -- like it would for a high school kid who's been accused of something they didn't do. I think it's that feeling of hopelessness: There's nothing I can do to change this image, so I might as well just fall into it.

What happens to Dylan next?
Tatro: I think, unfortunately, it might be similar to what his brother's doing. I think that's one of the things that maybe some viewers weren't happy about -- the show didn't have the most happy ending, but I also think that that's what was realistic about it.

You already have millions of fans who watch you religiously on YouTube. Why move over to Netflix?
Tatro: I've always had aspirations to do bigger, longer things, and I've looked at YouTube as a platform to make those things happen. As time has gone on and I've realized the clout of a YouTube channel, I've realized that I don't want to leave YouTube completely. But I've also felt a very big disconnect between the type of content I want to make and the type of content that's successful on YouTube.

It's very centered around vlogging, thumbnails, and things that, I think, are easy outs. I disagree with the idea of putting up videos where you have a flashy thumbnail -- it's almost like you're putting up a crazy article, like the National Enquirer, where you're putting crazy things on the cover because you want people to read something, even if it's not necessarily true. On top of that, it's become such a quantity-over-quality platform, where it's very hard for someone like me to profit.

Why?
Tatro: I want to make high-quality sketches, and as I've grown as a creator, I don't want to step back and shoot these videos that I used to shoot for zero dollars on a flip camera or an iPhone. I want to keep moving forward. Unfortunately, that costs more money, which has made it harder to run a profitable business on YouTube. 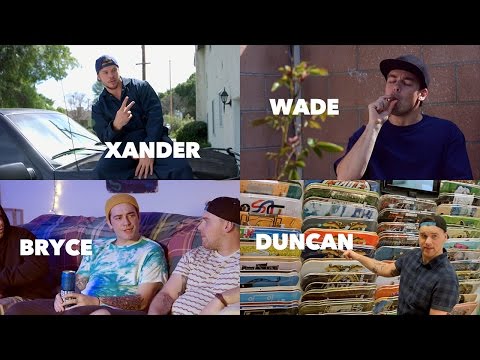 Jake Paul recently said social-media stars are getting to skip the line to make it in Hollywood. Do you feel like you've done that with YouTube? And do you think social media is the best way to make a career now?
Tatro: I have mixed feelings about that, and it's tough for me to comment on it as someone who came up through YouTube. But I think there's a right way to start a career, and I think there's a way to do it that most people are going about right now. I don't want to come off like I'm putting myself above these people, because that's not what I'm doing. I just think a lot of these creators have been put in a position to help bridge the gap between the digital and traditional world, but I think a lot of them are going about it in a way that's creating an even bigger divide. They're kind of taking this whole like, "Fuck the traditional world!" route, like "digital media for life," which is making all of us, who can be classified as digital influencers, look bad.

The upside of [social media] is anybody can go out there, make something, and build a following. But the problem is also that anyone can [laughs] make what they want to make and build a following. It's created an oversaturation that makes it harder for a lot of very talented people in the digital world, who have been put in a bad light just because of some of the people who came before them. There's just so much stupid YouTube drama, like all this bullshit where now people think of YouTube and they associate it with all these negative things, like fake pranks, instead of actually focusing on the fact that there are very talented people on this platform who have long careers ahead of them.

Who are the people you think have made the transition the right way?
Tatro: I used to look at guys like GoodNeighborStuff, Andy Samberg [and the Lonely Island guys], and Donald Glover. More recently, I have a lot of respect for Lilly Singh. I think Lilly's very talented, and I love the content she's putting out on YouTube. She seems to always maintain a quality I appreciate. I also think Liza Koshy is really funny and deserves everything she's made for herself. I don't watch a lot of YouTube anymore, so it's hard to say who I'd recommend, but right now, those are the two. 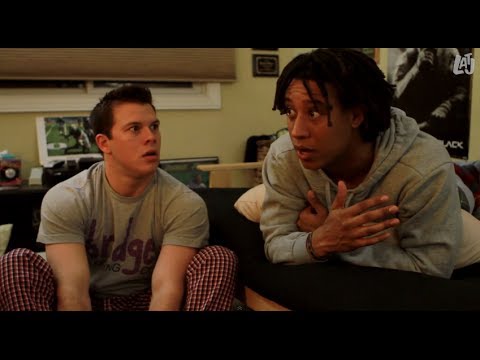 What's the solution to the quantity-over-quality problem?
Tatro: If I were to try to pump out a video, at this point in my life, every single week I would be compromising a lot of the quality. I think the way I can still put out YouTube content while preserving other projects is to put out a season of videos, very similar to what a TV show does, where it's like a season is coming out, it's going to start on this date, have this many episodes, then there'll be a hiatus, then I'll do another season when I can. That's the solution I've come up with, because it'll allow me the time to work on the projects that I'm more passionate about while also not completely stepping away from the platform that made this all possible for me -- I have a great deal of appreciation for YouTube, and I don't want to alienate any of those people who are partially responsible for my success.

When you say a season of videos, are you referring to stuff like The Real Bros of Simi Valley?
Tatro: Yeah, we've been writing Season 2 of Real Bros of Simi Valley. But the seasons also won't necessarily always have a theme. The seasonal thing is just a better way for me to manage people's expectations of what they think is going to come to the channel. It might also be like, "Hey, a bunch of sketches are gonna come out. Be ready. But also don't get mad at me when they stop coming out [laughs]!"

What else do you have planned outside YouTube?
Tatro: I've been developing a show, for almost a year and a half now, that's based on my life. Not sure how much I can say about it, but I've been watching a lot of shows like Curb Your Enthusiasm, Master of None, Louie, Atlanta, Girls -- all those shows that have a real feel and serve accurate commentary about the world. I really want to do something like that. There's also a show we've been pitching based on the "Middle School Sleepover" videos we used to do. And I wrote a movie that we're hoping to shoot in the next few months -- just trying to figure out a balance so I can keep making good stuff.