Revisiting 'Are You Hot?', the '00s Reality Show About Whether or Not Someone Is Hot

No, really, there was a whole season of this.

If you're a contestant on a reality competition show, chances are you're probably hot. The hot factor was of particular import in the '90s and early 2000s, when inclusivity hadn't exactly become a thing yet and popular art tended towards the superficial. That's not to say it's not important now -- Netflix's newest reality dating show, Too Hot to Handle, anchors its premise on the contestants being too tempting for everyone to follow the "no hooking up, kissing, or jerking off" rules. Shows like this are only somewhat removed from their early-2000s predecessors, one of which may have represented the absolute nadir of reality TV.

Are You Hot? was broadcast on ABC in February and March of 2003, consisted of six episodes, and had only one season, as it was promptly cancelled following low ratings. The purpose of the show was to crisscross the United States, casting hot people -- or people who simply think they're hot -- from every major metropolitan area, and pit them against a panel of judges who would decide whether they made the cut before throwing the final decision to the viewers at home, who were instructed to log on to ABC's website and vote for their favorites. The show was hosted by actor, career game show host, and stuntman JD Roberto, and the hotties (or notties) were judged by actor Lorenzo Lamas, Kiwi supermodel Rachel Hunter, and stylist Randolph Duke. The whole thing was produced by Bachelor creator Mike Fleiss.

Watching the show in 2020 is like when geologists take core samples of the Earth's crust, drilling deep down into the floor of the ocean and coming back up with a perfect cross-section of the planet's geological history, except you're a normal person and all you're looking at is what people thought was acceptable to look like and say in the year 2003. The good news is that the entire premiere episode is available in full for free on YouTube, and I watched the whole thing. 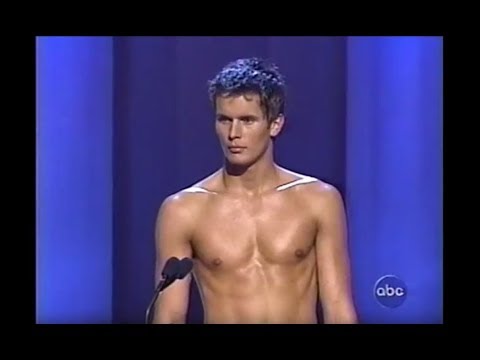 I can't exactly recommend you watch this episode, or this show, at all, but it is undeniably an experience. For 43 minutes and 28 seconds, you are treated to one of the most cuckoo-bananas ideas in reality TV history, right up there with Dating Naked and Vanilla Ice Goes Amish. I hesitate to describe the premiere of Are You Hot? as "like a Black Mirror episode," since these days we're all pretty much living in that one from the first season where people are forced to live inside pods and watch commercials all day, but there is surely something sinister, something dystopian about it.

Host JD Roberto welcomes you to the show and introduces the basic premise, which is actually kind of complex. The nation has been divided into four Hot Zones, not unlike the authoritarian districts of The Hunger Games' Panem, from which the show has selected, out of "thousands" of entrants, the hottest of them all to participate in the competition. In this episode, we are looking exclusively at Hot Zone 1, which comprises the Northeast, Virginia, Illinois, and Ohio, which means most everyone is from either Chicago or Philadelphia.

The first trial to complete is the pre-judged round, where right off the bat the panel of judges eliminates half of the contestants who have already been selected. Each one struts out onstage, poses for a few seconds, and then Roberto announces whether they have been deemed "hot" or "not," while a neon sign above their heads flashes HOT or NOT corresponding with the decision. This part was full of women wearing stringy halter tops that gave me visceral early 2000s Forever 21 acid flashbacks, and one guy, boulder-muscled Sean Cassidy, is so swole he looks like one of those extra beefy G.I. Joe action figures. One after another, hot men and hot women walk out onstage, are judged forever, and then leave. The whole process takes less than ten minutes, but it also takes an eternity.

After that, there's a commercial break, before which we see short, tearful clips from contestants who were eliminated, wondering why the judges didn't think they were hot. When the show returns, the second round trots out the remaining contestants one by one again, except this time they're in their swimsuits, and the judges finally have an opportunity to speak. Each is judged on a 0-10 scale based on three criteria: face, body, and something called "overall sex appeal," which is nebulous, arbitrary, and never actually defined.

This is when things get a little more interesting, and a little rowdy. The fun part about the episode is the audience is very engaged, cheering for their favorites (everyone, because they're all hot) and booing the judges whenever they give someone a low score. The less-fun part is listening to what the judges are allowed -- encouraged! -- to say to these people, criticizing their teeth, their entire faces, the musculature of their legs, telling women they have either "a little too much jiggle" or not enough. Lorenzo Lamas occasionally whips out a laser pointer, which Rachel Hunter calls "naughty," and points out one woman's thigh gap, which he -- shockingly, for those of us who grew up during the "thinspiration" era -- dislikes! It's kind of fascinating to see the difference between what we consider attractive now versus then.

In the final round, the judges eliminate four men and four women, leaving eight remaining in total. As the victors exit the stage, Roberto tells them, "Congratulations, you are hot." How nice for them. But it's not over there. At the end of the show, the host kicks it over to the viewers at home, who are instructed to log on to the world wide web to ABC's website, search for the keyword HOT, and vote for the man and woman who they think ought to represent Hot Zone 1  for the nation. Presumably the season ends with the pairs of contestants from each Hot Zone going up against each other to crown the ultimate hottest person in America, and that's something you are free to Google for yourself.

By the end of this episode, I found myself much more thankful for the trashy reality shows we have now, where I can just watch employees of fancy restaurants get into needless fights with each other or cheer on a bunch of people trying to catfish each other over instant messenger. Truthfully, though, it's a good thing that more episodes of Are You Hot? aren't this accessible because I would feel compelled to watch them all in one sitting. But, for now, I can merely sit here in front of not quite an hour of a forever incomplete show, echoing one simple question into eternity: Are you hot? Are you hot? Are you hot?