Yes, Michael Fassbender, We Will Watch Your Time-Traveling Assassin Movie 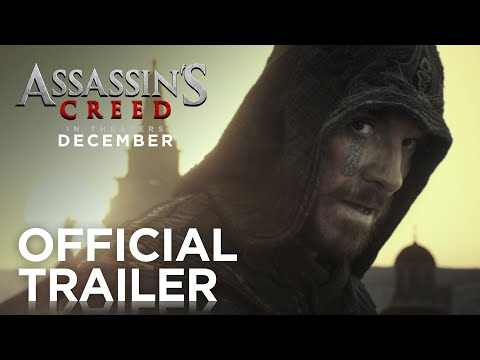 If you're unfamiliar with the Assassin's Creed video game franchise, the trailer for the movie version, produced by and starring Michael Fassbender, will result in repeated exclamations of "WHAT?!" and "HOLD ON, WHAT?!?!?" First, we meet Fassbender's Callum Lynch in a top secret laboratory bunker that could be a holdover from one of the actor's X-Men movies. A scientist (Oscar winner Marion Cotillard!) claims she can zap Lynch back in time by transferring his mind into the body of his past self. Jump to 15th century Italy, where Fassbender is a swift assassin battling a ruthless Templar organization. We must have slept through that portion of Renaissance history in high school.

For all its mind-boggling plotting, Assassin's Creed looks refreshing. Justin Kurzel, who directed Fassbender in last year's under-seen Macbeth, adds a painterly quality and a Christopher Nolan-approved grit to the punch-punch-kick-punch blueprints. It's Game of Thrones for martial arts fans, and decidedly un-comic-booky while being inherently goofy. If Fassbender can Shakespeare up the dialogue, we'll be there when Assassin's Creed drops into theaters on December 21.

Matt Patches is Thrillist’s Entertainment Editor. He previously wrote for Grantland, Esquire.com, Vulture, The Hollywood Reporter, and The Guardian. He has eagle vision. Find him on Twitter @misterpatches.