'Avatar: The Last Airbender,' One of the Best Animated Shows Ever, Is Back on Netflix

The show was a cultural moment for nerdy kids everywhere.

From the late winter of 2005 to the summer of 2008, the only thing any kid of a certain age wanted to do was control the elements with their mind. "The elements" were very cool back then: One of the best side characters of Cartoon Network's Teen Titans was Terra, whose superpowers controlled rocks, and Tamora Pierce had a whole magic system in her Circle of Magic books that revolved around earth, air, fire, and water. But it was a little show on Nickelodeon called Avatar: The Last Airbender, which combined East Asian and New World imagery, belief systems, and fighting styles with meditations on the nature of free will, sacrifice, and friendship. The show has made its auspicious return to Netflix since being removed in 2015 and is now available to stream for a whole new generation of fans, and remains as groundbreaking as it ever was.

There's a good chance, if you're reading this, that you've already watched Avatar: The Last Airbender at least once all the way through, but for those who haven't yet, a brief summary: The first season of A:TLA introduces us to Katara, the last waterbender of her tribe, and her brother, Sokka, who discover a young boy named Aang buried in suspended animation in an iceberg. They learn that he is the Avatar, a reincarnated being who, instead of being master over just one element, can control all four, whose job it is to keep harmonic balance in the Four Nations. Just watch the show's own intro, you'll get it: 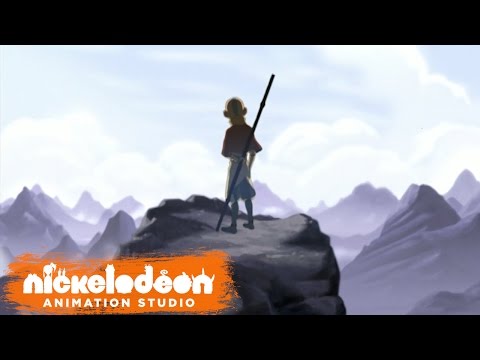 Each of the three seasons, or "Books," focuses on one element and its corresponding nation. In Book 1, the characters journey to the Northern Water Tribe, one of the last holdouts against the Hundred Year War waged by the power-hungry Fire Nation; in Book 2, they find themselves in the Earth Nation, uncovering a plot against the last free city and making new allies (including diminutive blind earthbender Toph Beifong, the best character ever); in Book 3, they finally infiltrate the Fire Nation and Aang prepares for his long-awaited confrontation with their terrifying authoritarian leader. Along the way, Aang learns from various teachers how to master each of the remaining elements, and the group is pursued by the Fire Nation's banished Prince Zuko, who hopes to capture the Avatar to regain his father's love.

One of the best parts about the show is the animation style, which combines both Western cartoons and anime to create a look that's realistic enough to make all the fighting -- and there is a lot of fighting -- look absolutely gorgeous. Creators Michael Dante DiMartino and Bryan Konietzko used specific martial arts like T'ai chi and Northern Shaolin to define the ways different benders would use their elements in combat. 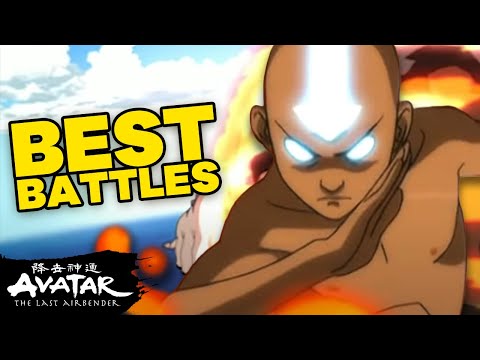 The series has been called "revolutionary" more times than I can count, but I'm going to do it one more time, because its nuanced depiction of good vs. evil hasn't been replicated before, or since. The reason it holds up after almost 10 years is how it snuck in complex concepts, topics, and ways of thinking that aren't usually found in children's programming well before shows like Adventure Time and Steven Universe came along with their heady ideas. "Snuck" isn't even the right word: The mature themes of the show are overt.

A:TLA is set during a period of violence, where one politically and culturally powerful group of people is dead set on controlling and oppressing every other group. In the first few episodes of its first season, we see the characters dealing with the fallout from genocide, totalitarianism, and brutal sacrifice, and later we see how they confront pacifism in the face of necessary violence, and the psychologically and culturally traumatic effects of endless war. The finale, which is simultaneously one of the best (incredible final showdown) and worst (sudden, weird transition to get to the very end including leaving open a fan-favorite ship) finales on TV, makes it clear that, in a world ravaged by violence, even when the good guys win, the happy ending isn't happy for everyone.

On top of that, the show has also been praised for its idealistic depictions of destiny and the importance of sticking with your beliefs. Aang was raised amongst the pacifist Air Nomads, and it's this very pacifism that got them wiped out -- something that Aang and his friends are forced to reckon with as his final showdown with the sadistic Fire Nation leader draws closer. And, yes, it's this message of trusting in yourself and your own abilities that makes the show so good. But what makes it great is its notion of redemption and the necessity of change, that there is power in allowing yourself to evolve beyond who you were, and destiny is something that you can and should control. That's a lot of ground to cover for a kids' show, but Avatar: The Last Airbender makes it look as easy as walking on air.