Why the 'Avengers: Endgame' Post-Credits Scene Twist Is Such a Big Surprise

Avengers: Endgame does something radical for the Marvel Cinematic Universe: It doesn't have a kicker after the credits roll. At a press screening before the movie appeared in theaters, most of the audience dutifully waited around through the credits for a tag that would reveal some sort of detail about an upcoming movie. Maybe it would be a little taste of Spider-Man: Far From Home? A reference to the Black Widow prequel or the Guardians of the Galaxy sequel? For the first time in the franchise's 11-year history, the audience was met with a blank, black screen, a sound, and the lights coming up.

The credits themselves are sort of gloriously overwrought. The initial six Avengers don't appear until all the supporting cast has been covered with hazy, nostalgic cards. The original stars of the franchise -- Jeremy Renner, Scarlett Johansson, Mark Ruffalo, Chris Hemsworth, Chris Evans, and Robert Downey Jr. -- get an even glitzier treatment. Their signatures appear along with each of their names and images from their years playing the characters. It's like a graduation montage. 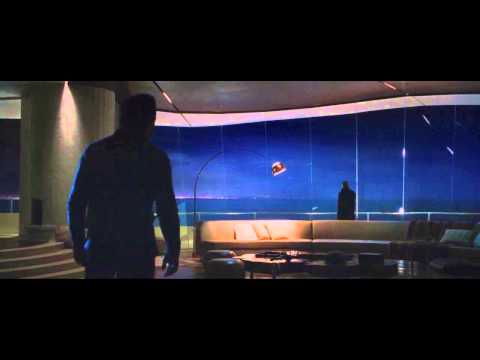 That Downey Jr., the cast member who kicked this whole thing off in 2008's Iron Man, gets billed last is testament to Marvel's history of keeping audiences' butts in their seats by throwing in scenes after the movie technically is finished. Ever since Nick Fury told Tony Stark about the Avenger Initiative at the end of Iron Man, the studio has tacked on these little blips of plot. (Even the mostly forgettable The Incredible Hulk had a surprise Stark appearance.) In recent years the trend has moved toward multiple scenes breaking up the credit scroll. Some are totally extraneous -- for humor purposes only -- and others inch the narrative along slightly.

Marvel paved the way for post-credits scenes to become de rigueur in franchise (and sometimes even non-franchise) filmmaking. Get up before the end of the credits, and you risk missing an important plot point. (Even an art house film like Suspiria got in on the game.) That's why it's so striking that Endgame ends where it does; it makes you think that the narrative is actually complete, even though that's not at all the case.

The lack of an after-credits tease, emphasizes the ostensible finality of this era of the MCU. And here's where we get into actual spoiler territory so beware. By the end of the movie Tony Stark is dead, having sacrificed himself in order to defeat Thanos once and for all. An absurdly stacked assortment of cast members from various MCU movies -- among them Michelle Pfeiffer and Angela Bassett, two legends with no lines -- gather for his funeral. The one person missing? Natasha Romanoff a.k.a. Black Widow who fell to her death in pursuit of the Soul Stone, another selfless act. Meanwhile, Steve Rogers a.k.a. Captain America went back in time to restore the Infinity Stones and the natural order. Instead of quickly zipping back, he ended up living out his life with Peggy Carter. He returns to the present-day an old man and hands off his shield and title to Sam Wilson. Endgame is set up as a passing of the torch.

The one clip that does play when the movie ends is pure audio, the sound of hammer clanking away on metal. It's the sound Tony building his suit. While it would be easy to theorize based off that addition, it makes more sense as tribute. Tony started this whole franchise when he decided to become Iron Man, now he's gone, but his legacy will live on. 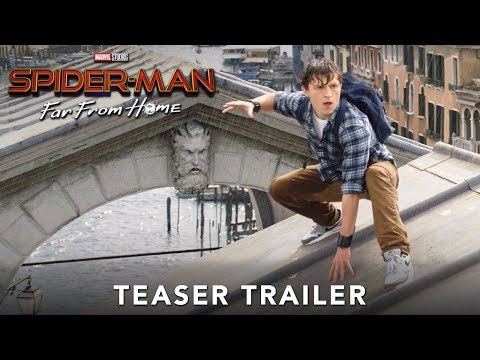 This era of heroes might be done, but the MCU will keep out pumping content. Spider-Man: Far From Home, a Peter Parker-centric sequel, debuts in just a couple of months. According to Marvel Studios head honcho Kevin Feige, that title will mark the official end of Phase Three of the Cinematic Universe. But that's just what's been officially put on the schedule. A Black Widow movie -- likely a prequel to Natasha Romanoff's Avengers adventures -- is reportedly in the works. The Rider's Chloé Zhao is on board to tackle The Eternals, probably starring Angelina Jolie, one of the biggest actors ever to sign up for one of these projects. Despite some controversy, James Gunn will be back for Guardians of the Galaxy Vol. 3. By all accounts, Black Panther will get a follow-up with Ryan Coogler once again directing. And that doesn't even begin to cover all the announced Disney+ series, which are set to feature Falcon, the Winter Soldier, Loki, Scarlet Witch, and Vision.

There's something almost poetic about the fact that Endgame essentially concludes like any old movie. But it's also a fake-out. The Marvel Cinematic Universe isn't over -- far from it. It's just that now there's no need to entice viewers to stay on board. Everyone's fully hooked already.