Why Hot Hulk in 'Avengers: Endgame' Is the MCU's Crowning Achievement

By Esther Zuckerman, and Emma Stefansky

When Thrillist Entertainment writers Esther Zuckerman and Emma Stefansky went to see a screening of Avengers: Endgame, they were thoroughly taken aback by a major change to the Hulk's appearance. They gasped, they tittered, they quietly murmured words of approval, and then they decided to write about it. They will spoil some of the movie in the process, so be warned.

Esther Zuckerman: Avengers: Endgame forces Marvel fans to grapple with a lot of tough questions. What will the sprawling superhero franchise look like going forward without some of the characters that established it? Would you go back in time and kill baby Thanos (or, for that matter, baby Hitler)? And, uh, are we attracted to the Hulk now? Not Mark Ruffalo as Bruce Banner. That sort of goes without saying. We're talking about Mark Ruffalo as Hulk in Hulk form.

Now, first off, this is relevant to the plot. After the film jumps ahead five years in the wake of Thanos' Infinity War snap, we discover that Bruce, distressed that he couldn't summon the Hulk during that last big battle in Wakanda, decided to permanently merge with his alter-ego. That way he would be able to use his scientific mind and his gigantic body at the same time. The Bruce-Hulk combination combines Ruffalo's rugged facial features with the green guy's well-proportioned bulk. He looks like a chiseled but surprisingly kind statue. On top of that, he has maintained Bruce's rumpled style. He wears V-necks and soft sweaters, with very large glasses. It makes you wonder: Where does he even get glasses that large? Are they custom-made?

This all, however, weirdly makes sense. The Marvel Cinematic Universe has a history of chastely objectifying its male stars, and Endgame plays that up more than any other movie in the series. Hot Hulk is just a natural, well, endgame.

Emma, what, to you, makes this version of Hulk so hot? 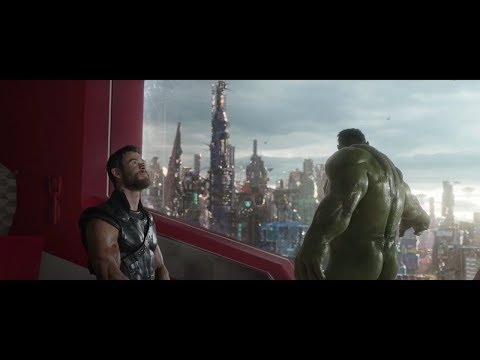 Emma Stefansky: Esther, I'm so glad you asked. Endgame Hulk, to put it simply, is daddy. As you mentioned above, he's a perfect singularity between Bruce Banner and his alternate self: he has the brains of a brilliant scientist in the body of a beefy green engine of destruction, partially a winking acknowledgement from the Russo brothers that Bruce had been unable to Hulk out for almost the entirety of Infinity War. "You want Hulk back? You're not ready for him." And we certainly weren't.

Esther, I'm sure you noticed when, during our screening of this movie, as soon as Hot Hulk thumped his incredible bod onto that giant theater screen I had what I can only describe as a full-body spasm. "No," I whispered to myself as I experienced a violent set of visions of Land's End catalogs featuring Hot Hulk in zip-ups, in flannels, in cowl-neck sweaters, relaxing on the shores of mountain streams and New England beaches with a handsome dog and a lovely wife (me). "Yes," the Russos whispered back, as human men were ruined for me forever before my very eyes.

Fusing the CGI Hulk, who I'd never before this moment even considered as either the "F" or the "M" in a "FMK" scenario, and Mark Ruffalo, who has been the take-you-to-the-farmer's-market-on-Sunday-morning-after-bringing-you-breakfast-in-bed kind of hot for his entire existence, Hot Hulk gives a new meaning to the word "smash." Gone are the weird fleshy strings of muscle that always looked kind of wet and amphibious in previous movies. Gone are the roars, the ape-ish fist-pounding, the pre-verbal grunts. Hot Hulk's scruff is well-maintained across a jawline shaped like a mountain. He speaks in Mark Ruffalo's soft cadence. He clasps the most fragile of the Avengers' laboratory tablets in his huge, yet gentle paws. Not only does he wear clothes, he wears sweaters, definitively the hottest item in a man's wardrobe. Crucially, he gets to keep his chest hair, a privilege only Hulk and Ant-Man have enjoyed. MCU Hulk hasn't canonically been what anyone would consider hot, despite a well-timed and extremely awkward dick joke in Thor: Ragnarok -- but now it's undeniable. Marvel movies have thirsted before, but never have they given us such a perfect combination of two such polar opposites.

Speaking of Marvel's self-awareness regarding its man candy, which it spends actual time ogling (in contrast to the somewhat sexless empowerment of its female characters), how do we feel about one undeniably American backside? 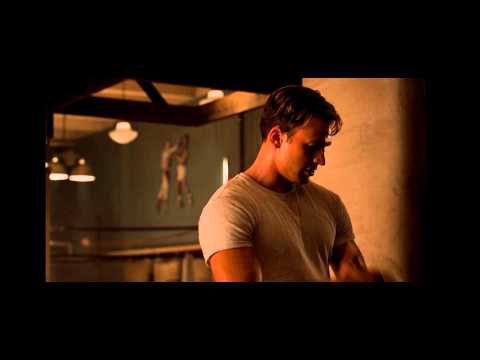 Esther: Emma, you mentioned Marvel's male-centric thirst before, and I want to dig a little deeper into that. The MCU is a weirdly chaste universe. There's very little talk of romance, much less sex, and there's good reason to believe, as Mashable writer Alexis Nedd convincingly argued, that Chris Evans' Captain America is a virgin. (He's saving himself for his one true love Peggy Carter! Heart emoji!!!!!!!! Crying emoji!!!!!!) And yet these movies have never been shy about doling out, as you said, man candy. If there's an ab on a torso, Marvel Studios will find a way to show it. It's almost like the company line is to reinforce the physical godliness of its heroes by making them take off their shirts to show off their waxed chests.

But, in Endgame, the Russos (and likely screenwriters Stephen McFeely and Chris Markus) say "fuck it" and finally make the subtext of all those lingering hunk shots the actual text.

Hulk's hotness was a surprise specific to Endgame, but Captain America's perfect ass has been a constant in the MCU since its inception. One of the very first moments of this surprisingly lusty gaze was the post-credits scene for Captain America: The First Avenger which features a shot of Cap, backside to the camera, going wild on a punching bag. The moment turned into a GIF, was set to a new soundtrack, and lived on in infamy. Cap's butt has been the subject of listicles, Pinterest boards, and Tumblr pages. The character's Infinity War poster was essentially a tribute to his behind. It's just a fact: People love Cap's ass. Now we know: Cap loves that ass too.

The plot mechanics of Endgame, which we talk about elsewhere, requires a group of the Avengers to head back in time to the Battle of New York, which took place in 2012's The Avengers. There, they meet up with their old selves, including Captain America in his hokey, old-fashioned uniform. Tony Stark jokes that it does nothing for his ass. Scott Lang a.k.a. Ant-Man retorts: "As far as I'm concerned, that's America's ass." And if you think that's fan service, it's nothing compared to the moment when Cap has to fight his old self, defeats 2012 Cap, looks down and confidently remarks, "That is America's ass." I nearly squealed. Nothing in one of these 22 films has ever felt more true.

But, okay, Emma, if we're going to talk about Marvel's strange history of objectification, we have to talk about Thor. Chris Hemsworth has been the subject of some of the most gratuitous imagery.

Emma: And that's because Chris Hemsworth's body is almost a parody of an idealized male figure -- which is why it's so funny (and a teensy bit controversial, more on that later) that Thor spends the majority of Avengers: Endgame with a pudgy little beer gut.

Nearly every Marvel movie has its requisite beefcake moment: Tony Stark hammering away at the Mark I in Iron Man, Chris Pratt's glow-up for Guardians of the Galaxy, the legendary up-torso shot in the first Captain America movie, to name a few. Thor's shirtlessscenesstickwith you, because Hemsworth's physique is simply unforgettable. Endgame Thor, in contrast, looks like a tall, blond Santa Claus.

From the moment we first meet him five years after The Snap, holed up in a tiny village playing Fortnite with Korg and his buggy buddy Miek and drinking multiple kegs of beer weekly, Thor has a belly. He maintains that gut for the rest of the movie. Thor is resplendent in various hoodies and sweaters (Tony Stark calls him "Big Lebowski" at one point) and he's grown out the hair that was shorn in Ragnarok, framing his face with a bushy beard and sunny dreadlocks.

The politics of Dad Bod Thor, or Fat Thor as he has been dubbed, will undoubtedly be debated by those who view treating his new size like a joke as demeaning, but there is one important point I would like to make here. Thor may be a little softer in the belly, and that, compared to the Michelangelo-sculpted bod of his previous movies, may be treated as a joke, but he's never not handsome. In my mortal opinion, he looks more like a Norse god than he ever has. He's still paunchy when he uses the powers of Mjolnir to suit up in his battle armor at the end of the movie, and he looks great! All hail plump Thor, the portly inversion of Marvel's googly-eyed lionization of male hotness we deserve.

Esther: I agree whole-heartedly with your take on the new Thor. While some of the cracks at his expense are cruel, Endgame never argues he's less powerful because he's portly. Instead, Thor's story becomes one about coming to terms with his grief, not regaining his six-pack. I hope this version of Thor lives on for at least another movie.

Not to get all academic about butts and abs, but I do think that the way Endgame portrays the bodies of Hulk, Captain America, and Thor is a sort of referendum on 11 years of Playgirl-adjacent material. Ogling has become as much a part of the fandom as obsessive theorizing is, coming to life in the form of slash fiction and breathless tweets. Hell, there were even discussions after Infinity War as to whether villain Thanos was indeed hot. Josh Brolin literally posted fan art of his character's bare purple ass to Instagram recently. It's almost as if the Russos saw that and decided to offer up hot Hulk instead. For that, we are grateful. He can smash anytime.