Who is Batman? At a press conference for Batman v Superman: Dawn of Justice, Ben Affleck said that he considers the character to be three different men. There's the hero under the mask, of course. Then there's Bruce Wayne's public persona, "a mask that he puts on as much as Batman." Underneath it all is the pent-up billionaire who never shows his face, still grieving over his murdered parents. As Affleck puts it, Batman is "fucked up."

Affleck isn't the first comic book scholar to detect such multitudes in the 80-year-old character. From his early detective years through his campiest stretch and into the brooding age that brought on his Hollywood existence, Bruce Wayne's central conflict has been his own haunted, two-faced existence (okay, and the murderous villain Two-Face, but don't be so literal). Batman's psychological profile poses a challenge for actors who take up his mantle, balancing stunt work and comic book mythology with the usual character work. Who did it best? We assessed the competition, saw not who they are underneath but what they did to define themselves, and ranked the eight big screen Batmen accordingly, from batty to brilliant. 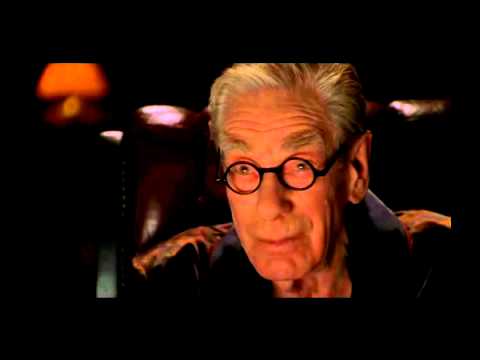 Our verdict: Director Joel Schumacher channeled the campy 1960s Batman TV series with Batman & Robin and found a logical hunk to fill Adam West's shoes. ER was on its third year, and George Clooney was at maximum charm -- what else does Bruce Wayne need? On the blockbuster action scale, much, much more. Impaired by the rigid Batsuit, overshadowed by Arnold Schwarzenegger and Uma Thurman's cartoonish villains, and saddled with unbearable one-liners ([pulls out Bat-credit card] "Never leave the cave without it"), Clooney's Batman is another plastic action figure in a toy box of absurdity. 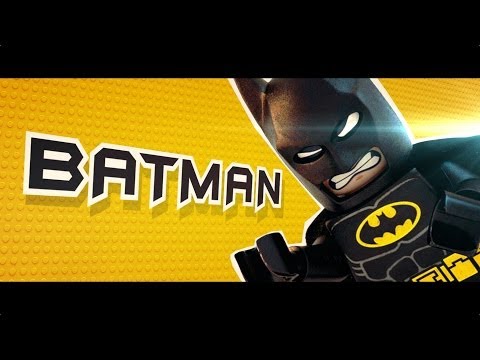 7. Will Arnett (The Lego Movie)

His Batman: A crazed ninja with enough swagger to charm the ladies. Kind of an A-hole. A hero that the everyman can aspire to beat at his own game.

Our verdict: When Christopher Nolan rebooted the Bat-franchise and turned the character into the Grimdark Knight, kids (and kid-at-heart adults) were left without alternatives. The Lego Movie almost answered the call. Arnett's take on Batman isn't too far off from his Arrested Development character, GOB. He's hilarious... but awful? We'll see if Arnett can redeem himself by turning Batman back into a G-rated hero in next year's The Lego Batman Movie. 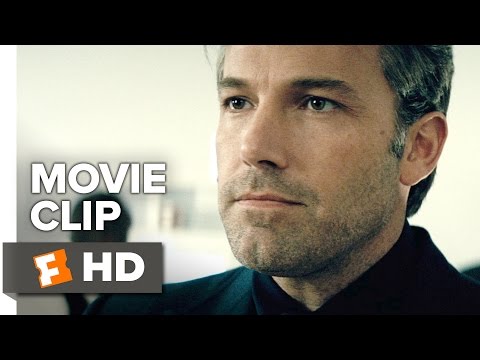 His Bruce Wayne: A Red Hot Angry Face emoji who occasionally masquerades as a Smirking Face emoji at parties.

His Batman: Even angrier! Imagine a tantrumming 8-year-old encased in two tons of steel armor. Then tell him Santa doesn't exist.

Our verdict: Affleck's Batman is older than any other we've seen, so I assume he's passing a kidney stone through the movie's entire two-and-a-half-hour runtime. Clicking with Zack Snyder's apocalyptic vision of the DC Comics universe, Batman v Superman's Bruce Wayne is one dour Dark Knight. His resting face is "I'm in a nightmare." In Bat-mode, the only thing stronger than his right hook is his jaw's clench. If Affleck brought layered nuance to Bruce Wayne's psyche, it's sitting on the cutting-room floor.

There isn't much time for the character to actually develop in Batman v Superman -- there are goons to gun down, superpeople to scowl at, and visions of sequels to behold -- and the rare banter between Affleck and Alfred (Jeremy Irons) teases actual camaraderie. Batman v Superman can blame past movies for running the emotional "my parents died" well dry, but it only has itself to blame for not feeding Affleck the stick between those gnashed teeth. 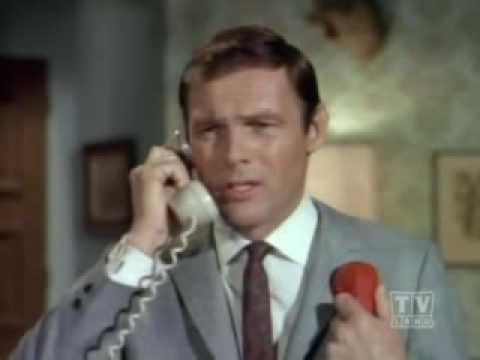 Our verdict: In 1966, no one took Batman seriously. He was a comic-book character, and West played the Caped Crusader and his alter ego like a pair of living Roy Lichtensteins. If every punch would land with a "KA-POW," every "TO THE BATCAVE!" had to fire with the same gusto. West earns points for understanding that approach and making it work. You think Clooney would give a damn about Shark Repellent Bat Spray? 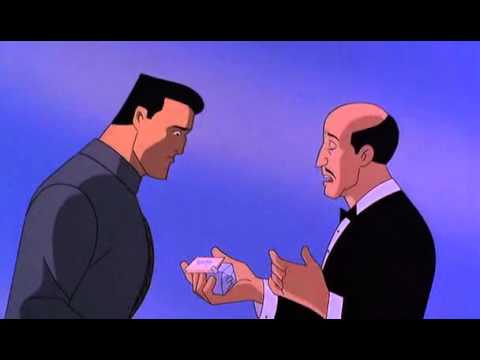 His Batman: Somewhere between Sherlock Holmes and Kojak.

Our verdict: Like Adam West, Kevin Conroy's Batman made the leap from television to movie theaters. The deductive reasoning, wry wit, and hint of compassion that made Batman: The Animated Series' hero stand out from the movies remained intact in 1993's Mask of the Phantasm. We can't give Conroy all the credit -- animators turned his disembodied voice into an acrobatic ass-kicker, though there are moments when the illustrations can't quite handle the agony of Bruce Wayne's plight -- but Mask of the Phantasm is a tense mystery with Batman's detective roots at its center, and Conroy's voice guides us through it. 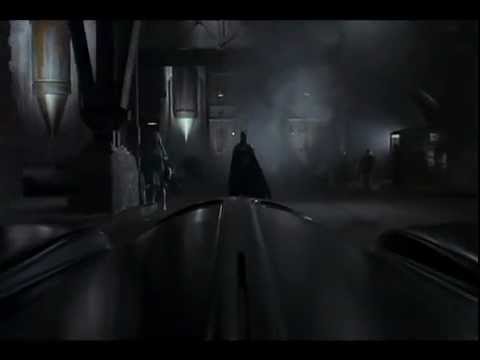 Our verdict: Keaton was the first actor to treat Batman like an actual human being, and his performance is lovably sincere. What if Batman were just a normal dude? A chill loner? Tim Burton's franchise-starter and its macabre sequel find the answer in Keaton. His "I'm Batman!" has an air of "... just to let you know." His comic skills can play up Bruce Wayne's weakling act. And in the suit, his words still do most of the work. The technology and filmmaking prowess of 1989 couldn't make this Batman the most dynamic superhero, so Keaton radiated the confidence of one. It worked. 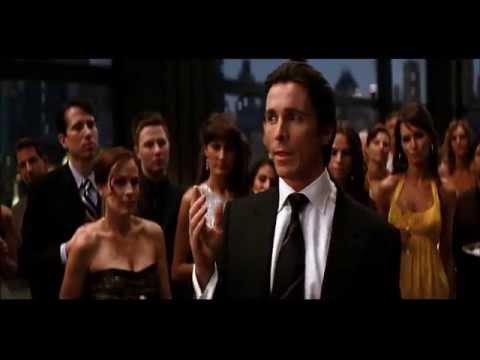 His Bruce Wayne: On a never-ending spirit quest to understand man's purpose in this world. Occasionally acts like Patrick Bateman to cover his tracks.

Our verdict: As Bale is the only actor to complete a trilogy, the cracks in his performance start to show (see: the easily parodied, deepened Bat-voice delivery of "RACHEL!"). In Batman Begins, he's the comic-book equivalent of a wayward millennial whose backpack trip ends with ninja training. Love interests and haunting memories blur the line between Bruce and his costumed hero -- they are the same person, even if it takes until the end of Christopher Nolan's saga to figure that out. The Dark Knight isn't his movie, but Bale makes do. And in The Dark Knight Rises, he shatters into a million pieces, only to glue himself back together. Bale soaks up the "Why do we fall?" speech like a sponge, wringing it in the most aggressive battles and hushed character beats. This is the action-movie Batman we deserve. 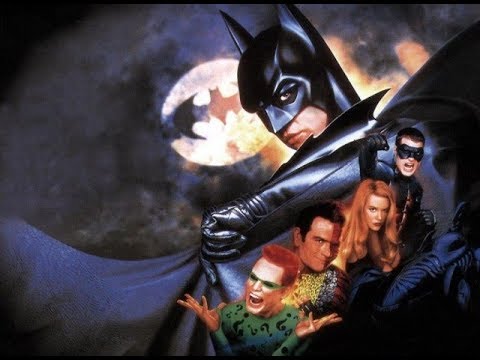 His Bruce Wayne: Hamlet by way of the Ringling Brothers.

His Batman: If Kilmer's The Saint and Kilmer's Doc Holliday from Tombstone were biologically capable of having a baby.

Our verdict:Batman Forever is a dumb movie with the best casting in the franchise's history (and a killer soundtrack). Even though Batman's surrounded by glowing neon and exaggerated gothic designs, his performance grabs from every part of comics and film history. His motivation to avenge his parents seeps into his grave tone. He can come to life with a laugh, then dismiss the rambunctious Robin (Chris O'Donnell) just as quickly. Behind his mask, the baroque shifts to pulp. He's a swashbuckler, a romantic, a clever spy. He's the real deal -- if only the movie were, too.

Matt Patches is Thrillist’s Entertainment editor. He previously wrote for Grantland, Esquire.com, Vulture, The Hollywood Reporter, and The Guardian. He thinks Batman Begins is better than The Dark Knight. Come at him on Twitter @misterpatches.