Zack Snyder's take on Batman v Superman generated no dearth of negative opinions from DC fans, casual moviegoers, and critics alike. Many viewers took issue with the storytelling -- others had a problem with the grimdark Man of Steel, and others still the performances. Now, despite a looming sequel and R-rated extended cut, those attached to BvS are even concluding, Yeah, maybe this intro to DC's cinematic universe wasn't for everyone. Most recently, the flick's cinematographer, Larry Fong, promoted the upcoming "Ultimate Edition" home video release with a tweet admitting: "Those of you who are fans, will dig it. If you hated it, you'll still hate it." 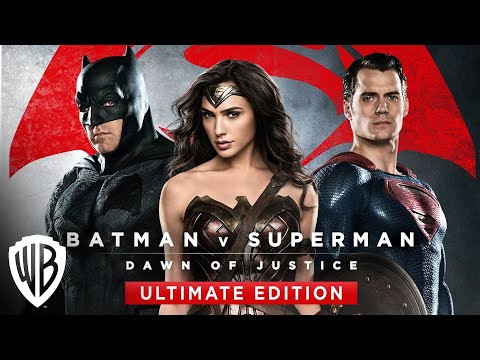 Fong's comments arrive on the heels of other post-release concessions, which have bounced between defensive and optimistic. Jeremy Irons, the Alfred to Ben Affleck's Batman, toldEvent Magazine he found BvS "very muddled," but promised that the Justice League sequel would be simpler. "The script is certainly a lot smaller," he added last week. "It's more linear."

Jesse Eisenberg defended his maniacal portrayal of Lex Luthor by saying he was trying to humanize the character and make him deeper than someone who's just a bad person. "To me, the most interesting acting is when actors can bring you into that other side of the person," he explained at London's MCM Comic Con last week. "When you feel like you are not just seeing the kind of purpose of them for plot. That they are not just delivering a message. … Whether or not I succeeded or failed [with that] depends on your subjective opinion."

Comics scribe-illustrator Dave Gibbons, who notably illustrated Batman and Superman's World's Finest book, said at the same convention last week that he prefers what Marvel is doing with its stable of characters. "They put together films that are really entertaining, that are exciting, and do have threat and jeopardy, but do have humor and a human quality to them, and a sense of hope. But I feel what DC had done, particularly with [BvS] movie, is that they really have taken a misstep," he said. "What I honed in on [in World's Finest] … was you know you've got Batman who's a dark, hidden creature, who lives in a dark, evil city, whose antagonist is a brightly colored clown. You've got Superman who is a brightly colored figure. He's yang if you like to Batman's yin … the whole universe is completely complementary — I got a lot of mileage out of crossing those over … where the latest film suffered is they were both these dark, opaque, angsty creatures."

Ben Affleck, who earned the nickname "Sad Affleck" after seeing the most critical reviews, has reportedly been unhappy with and humiliated by the project's reception. Other leads, Amy Adams and Henry Cavill, have implied critics were never the target audience. "The audience's voice is loudest and after this weekend the audience, at least partly, will have spoken," Cavill said in March. Affleck: "I agree." Snyder, an easy punching bag for detractors, stood up for his vision: "I don't know how else to do it ... so it is what it is."

Will everyone be able to get behind Justice League when it arrives in November 2017?