15 Books to Bring to the Beach With You This Summer

By Dan Jackson, and Leanne Butkovic 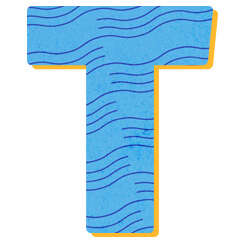 The term "beach read" is misleading: You probably don't read the whole book at the beach. Whether it's the latest pulpy thriller, a gripping non-fiction yarn, or a juicy celebrity memoir, there's no reason to limit your reading time to the part of your day when you're baking in the sun. If a book is any good, you'll find yourself racing to finish it in the car, at the restaurant, or back at home when you're still finding sand in weird places. Good books devour your attention.

To help you discover those rare attention-eating titles for your summer reading list, we've gone ahead and picked 15 of the best recent books that will actually do more than weigh down your tote bag. They'll make you laugh out loud, gasp in terror, and think deep thoughts -- at least until you finally decide to go in the water. That is, if you can tear yourself away.

It's always a treat when a great poet is also an apt writer of regular sentences. Patricia Lockwood, who you should follow on Twitter immediately, is especially good at it, imbuing every sentence with propelling meaning, a clever turn of phrase, or both. In her memoir, Lockwood recalls growing up in Missouri as a deviant among four siblings with a paranoid mother and a prog rock guitar playing father who also happens to be one of a small handful of married Catholic priests. Every character is crafted to the point of seeming almost cartoonish, but it's nearly impossible to look away from this portrayal of a surreal youth (and adulthood, TBH).

The sexy, scandalous novel that's probably (definitely) based on Union Square Cafe's wait staff is finally out in paperback in time for beach season. People love to talk about this book -- maybe because of the brazen way the manuscript was handed to a publisher out at a fancy dinner, or the six-figure, multi-book deal that Stephanie Danler landed after, or the speculative gossip about the reality of the love triangle that entangles the characters. Regardless, now that Sweetbitter is travel-sized, you've run out of excuses to avoid reading it.

Into the Water by Paula Hawkins

For a few months, it felt like every person you'd see on the train was reading Girl on the Train. If you take public transportation often, you probably began to wonder if the MTA -- or some larger governing body -- was issuing copies of British writer Paula Hawkins' thriller as a form of stealth train promotion. Now that Train mania has died down -- and we've mostly forgotten the ridiculous Hollywood adaptation -- it's time to dive into the next thriller from Hawkins, which trades the rails for a dark river, but keeps the same page-turning command of plot and nuanced psychological insights that made her an international sensation. Come on in, the water's... OK, not fine. Probably pretty creepy.

The Idiot by Elif Batuman

In her non-fiction debut The Possessed, writer Elif Batuman chronicled a period of her life defined by Russian literature, existential angst, and the thrills of academia. It's the type of wonderful but odd book that's tough to describe to friends -- "there's a super funny section on Isaac Babel" isn't necessarily a killer pitch -- but she writes in a free-wheeling way that makes no topic, concept, or obscure aspect of history feel intimidating. With The Idiot, which again swipes a title from Dostoyevsky, she's created a comic novel that lets her goof on higher education, the language of e-mail, and the absurd exhilaration of young love. No one writes like Batuman, and you'd be a dummy to not pick up this book.

Meet Me in the Bathroom by Lizzy Goodman

In this oral history, Lizzie Goodman reminds readers that the '70s and '80s were hardly the most important era in New York City's musical history. That's reserved for the early aughts, when The Strokes, LCD Soundsystem, Yeah Yeah Yeahs, Interpol, Vampire Weekend -- all still relevant today, mind you -- and other bands were shaping the way indie rock would sound for at least the next two decades. Meet Me in the Bathroom is an unfiltered look of the music scene's underbelly, acutely reminiscent of legendary rock journalist Legs McNeil's seminal work, Please Kill Me.

A kidnapping. A cold case. A police officer battling personal demons. The plot elements of Hideo Yokoyama's Japanese crime novel don't stray too far from the standard prestige potboilers you might find on HBO or your favorite streaming services, but the pacing, level of detail, and character development let you dive deeper than an afternoon binge-watch. Already a bestseller and award-winner in Japan, Six Four is the thriller for the suspense-lover looking for something a little more thought-provoking than speculating about True Detective Season 3 all summer.

What does a future filled with "biotech" really imply? As scientists, futurists, and Silicon Valley trend-chasers imagine new ways to think of the human body as the next great platform, sci-fi writer Jeff VanderMeer is taking a more weary-eyed, dystopian approach to the issue with this tale of a young woman who befriends a plant-animal hybrid named Borne. The latest novel from the author of the acclaimed Southern Reach Trilogy retains his dark sense of humor while continuing to plumb new emotional depths. With the Natalie Portman-starring adaptation of his book Annihilation coming next year, there's never been a better time to plug into VanderMeer's mind-bending sensibility.

Sarcastically labeling her own collection of essays "a real beach read" in a recent interview with Esquire, Scaachi Koul is not one to shy away from injecting humor into serious topics; her reporting at Buzzfeed shows as much. But pointing her gaze inward, Koul tackles the topics that inform her own anxieties, relationships, and identity. The linked essays are seething and hilarious, feminist and moving, honest and introspective. It's an essential, relevant read for Summer 2017.

There's a type of memoir by a comedian that's basically just a rehash of material you can find in a slicker (and funnier) package in a stand-up special. Tig Notaro's I'm Just a Person -- which chronicles a year defined by disease, heartbreak, and death -- is not one of those books. While the comedian has chronicled her personal challenges on her albums, in a documentary, and in her Amazon show, One Mississippi, the book provides a level of candor, raw emotion, and laughs that fans will want to seek out no matter how familiar (or unfamiliar) they are with her story. Notaro's journey isn't an easy one, but it's worth experiencing every step along the way.

Pull this one out and instantly become The Cool Friend of your beach dwelling posse. After her critically adored debut You Too Can Have a Body Like Mine, Alexandra Kleeman, the darling of literary fiction, made a quick return in the expectantly unusual Intimations, a collection of experimental short stories that thematically grapple with the stages of life: birth, living, and death. Vignettes run the gamut from clever and contemplative to unnerving and quietly horrific in the way that only Kleeman's brain could produce.

The Assistants by Camille Perri

To embezzle or not to embezzle? That is the moral dilemma our overeducated and underpaid protagonist Tina Fontana is faced with when the opportunity to pay off the last of her student loans arises through a clerical error in her job as assistant to a billionaire media mogul. Of course, nothing goes to plan and Tina has no choice but to stay one step ahead of everyone else. Camille Perri has written a novel of sweet revenge that goes out to every woman who's worked for incompetent men for too little and too long.

Zadie Smith's books vibrate with the rhythmic possibility of language. So, it's unsurprising that her fifth novel, Swing Time, which follows 2012's widely celebrated NW, directly takes on music, dance, race, class, and the ways they all intersect. Following two black women who grew up in North London together, the novel weaves their joys and struggles together over time, stretching from Europe to West Africa and leaping effortlessly between discussions of radical politics to pop music. It's the type of mesmerizing read that lets your brain travel far beyond the confines of your beach chair.

The nerd phenom Magic: The Gathering receives its dues in Generation Decks through the unofficial origin story and the fiendish community that circled around it. Part a telling of Titus Chalk's own journey and obsession with the card-collecting game, part objective glance, this nonfiction read is plenty self-aware of its own geekdom, drawing in an audience that doesn't have to like or even 'get' Magic to appreciate the history and portrait of fandom Chalk presents.

John Darnielle is known to to music fans as the driving creative force of The Mountain Goats, the whip-smart group behind classic records like The Sunset Tree and the new stand-out Goths, but in recent years his writing has extended beyond his detail-packed lyrics. In books like his novella-length 33 ⅓ entry on Black Sabbath's Master of Puppets and his National Book Award long-listed Wolf in White Van, Darnielle has revealed a remarkable gift for translating the emotional intensity and hyper-specific sense of authenticity of his music into prose. His latest, Universal Harvester, is about some mysterious (and creepy) happenings at a VHS store in Iowa during the late '90s. It's a perfectly unnerving way to spend your time in the sun.

The Babysitter at Rest by Jen George

This collection of short stories that have mostly nothing to do with babysitting is one that defies easy explanation. The dreamlike meditations portray womanhood as a conflicted and complex existence under a scrutable watch through parties, hookups with older men, and grappling with an unforgiving society. It's the most art-y and introspectively heaviest of the books on this list, but one that pays off immensely as its lessons linger.