A prison transport van is under siege in the latest foreign language hit for the streamer.

Whether it's The Fugitive, Con Air, or Fast Five, prisoner transportation might be the task with the worst success-to-failure ratio in all of action movie-dom. Any time a group of incarcerated individuals get placed in a large vehicle (the more box-like and state-of-the-art the better), you can guarantee something unbearably tense is about to go down. Below Zero, the latest foreign language title to climb to the top of Netflix's Top 10 chart, is a particularly gruesome example of what the "transfer-gone-wrong" genre has to offer, a close-quarters thriller that works best when it keeps its characters confined to the tightest possible space.

Though the title evokes chilly images of snow-filled forests and icy highways, most of the action here, especially in the first half, takes place in the back of the van. After an opening death-by-burial, establishing the movie's bleak and foreboding tone, director Lluís Quílez introduces Martin (Javier Gutiérrez), a police officer tasked with working alongside a new partner, Montesinos (Isak Férriz), to oversee a "high-risk transfer" involving the deadly head of a Romanian gang. ("You'll freeze your balls off," warns a supervisor.) The other prisoners include an older con-man concealing a lock pick, a businessman doing time for financial crimes, and a few younger guys who spend most of the time yelling back and forth at each other from their cells. When a siege breaks out, it's not exactly clear who called it in or what the mysterious attacker wants. 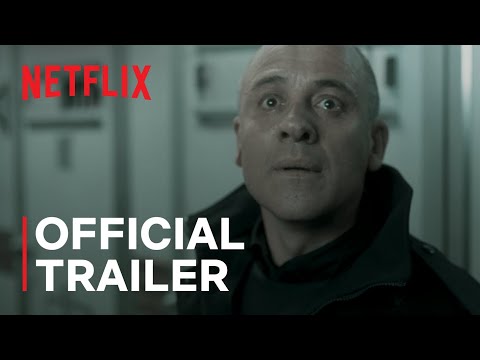 The ambiguity drives the plot from one suspense sequence to the next. Like an upstanding lawman in a Western, Martin finds himself both facing off with, protecting, and occasionally collaborating with the men he's overseeing. Circumstances dictate behavior; animosity freezes into trust as the situation intensifies; desperation leads to unlikely alliances. Some of the movie's set pieces, like a terrifying scene where a prisoner gets burned alive in his cell or a gripping underwater race for freedom, are carefully engineered and executed. Others, like a shoot-out outside the vehicle, feel a bit more slapdash and convoluted.

A movie like Below Zero, where the plot melts beneath your feet as the story progresses, is most entertaining when it's constantly switching up the dynamics between the increasingly put-upon characters. By the end, you can feel the script, co-written by Quílez and Fernando Navarro, settling into more conventional revenge-movie territory, and the story hits a snow bank it can't quite muscle its way through. The nuanced insights about duty and honor, teased out through Martin's interactions with the other men, get pushed aside in favor of brutal violence and grim descriptions of sexual assault. You realize you're watching another tale of vengeance, one that's cleverly disguised itself with a thick coat and a pair of gloves.