The Greatest Insults From All Seven Seasons of 'Veep'

Veep has long earned praise for turning swearing into an art. Like a gang of foul-mouthed Jackson Pollocks, the HBO show's writers whip insults at their canvases in colorful and never-before-heard ways -- ways that make you say, Whoa, you can DO that?!

You can, and they did. Over the course of seven award-winning seasons, diabolical insult geniuses led by Armando Iannucci and, later, David Mandel mixed profanity, pop culture, and uncomfortably vivid imagery to cut the power-hungry politicos of Veep's world down to size. None of the characters ever really seemed fazed by any of it -- no matter how many times they were scorched -- but it was sure fun as hell to watch.

With the relentless satire having come to a close, we're paying homage to our favorite disses below. (Warning: NSFW words, phrases, clips, and spoilers follow. Unsurprisingly, many involve Jonad.)

Amy to Jonah, for existing on a busy day:

"I don't have time to ignore you, Jonah. Gary, could you please ignore Jonah for me?" (S1E1, "Fundraiser")

Dan to Gary, after Dan tries to open anti-suicide windows in Selina's office:

"They only put those in after you started working here, right, Gary?" (S1E2, "Frozen Yoghurt")

Amy to Mike, encouraging him to talk to Senator Doyle:

Selina's office trying to steer the topic away from Selina's sex life:

Amy: Who else were you into, Mike, apart from The Eagles?
Mike: Uh, Grateful Dead.
Dan: Oh, that’s the name of your favorite whorehouse too, right? (S1E4, "Chung") 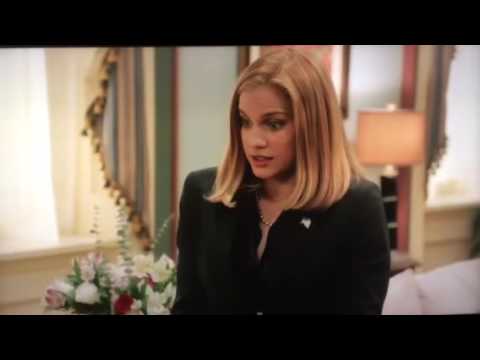 Selina's team recounting her nicknames, presented as a list:

Selina to Dan, after he tries to get intel from Jonah:

Selina to Congressman Furlong, after he tries to direct her Ohio visit and speech:

"I know how to give a motherfucking speech. Don't you patronize me with your no jaw, you Congressman No Jaw! Get the fuck out." (S1E8, "Tears") 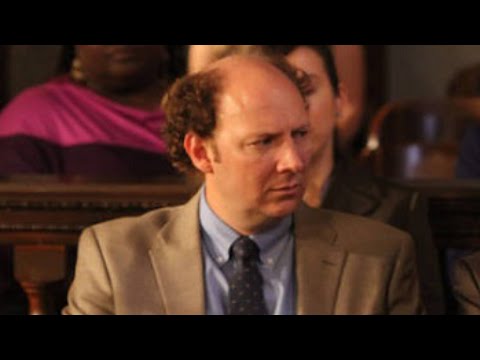 Mike to Jonah, after Selina stains the Oval Office with lipstick:

"It was an accident, OK? Much like when Bigfoot got your mom pregnant, resulting in you." (S2E1, "Midterms")

Furlong to his aide, upon being corrected for the use of metaphor:

"You know, you're about as annoying as a condom filled with fire ants." (S2E2, "Signals")

Selina to Sue's replacement, after he fails to notify her of a swearing-in ceremony:

"You said that everything was moveable. And that's not moveable. That's immoveable. Amy, this is like explaining gravity to a chicken." (S2E3, "Hostages")

An annoyed Selina to Jonah, after he laughs at her joke:

"What are you laughing about, Jolly Green Jizzface?" (S2E4, "The Vic Allen Dinner") 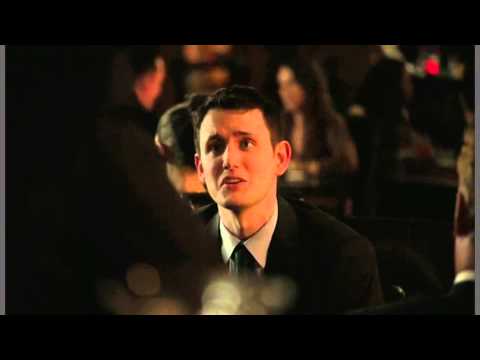 Amy's boyfriend, Ed, to Jonah, after he brags about his dick size and party habits:

"Jonah, you're not even a man. You're like an early draft of a man, where they just sketched out a giant mangled skeleton, but they didn't have time to add details, like pigment or self-respect. You're Frankenstein's monster, if his monster was made entirely of dead dicks." (S2E6, "Andrew")

Selina to Jonah, for walking near her:

Ed to Sue, after she tries to silence him:

Mike to Dan, after some faux niceties:

"You know, Dan, watching you try to be nice is like watching a baby smoke a cigarette -- it's kind of cool, but also very disturbing?" (S3E5, "Fishing") 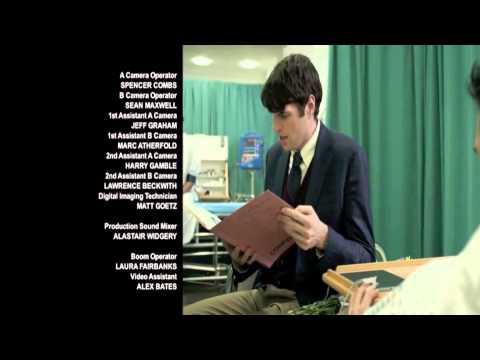 Selina to Mike, after learning he spent some time with Jonah:

"You let that unstable piece of human scaffolding into your house?" (S3E2, "The Choice")

Amy to Dan, after he redelivers news of a shooting:

Jonah to Dan, visiting him in the hospital after a nervous breakdown:

"It's the worst use of scissors since my failed vasectomy." (S3E8, "Debate")

Selina to Sue, shutting down an emergency meeting with Secretary Maddox: 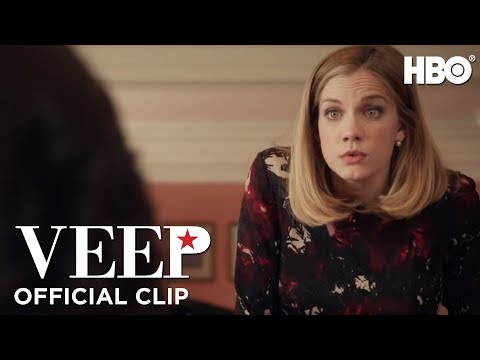 Sue to Mike, after a particularly dumb question:

"Can mice levitate, Mike? Can they levitate and fire lasers out of their mouse eyes? We've just asked each other equally ridiculous questions." (S4E1, "Joint Session")

Selina to Gary, after Gary goes overboard with responsibility:

"Who do you think you are, Gary Antoinette? Did somebody make you First Lady? Because I don't remember marrying you, Gary. I don't remember fucking you in Niagara Falls. I think I'd remember that. You are unimportant. And you have suckered onto me like some sort of a car-window Garfield. You think you're some sort of a big shot here? Oh my God, you are not a big shot, Gary. You are a middle-aged man who sanitizes my tweezers." (S4E2, "East Wing")

Amy to Selina, for ignoring her Tom James suggestion:

"I have bitten my tongue for so long it looks like a dog's cushion, but no more! You have made it impossible to do this job. You have two settings: no decision and bad decision. I wouldn't let you run a bath without having the Coast Guard and the Fire Department standing by, but yet here you are, running America. You are the worst thing that has happened to this country since food in buckets, and maybe slavery." (S4E5, "Convention") 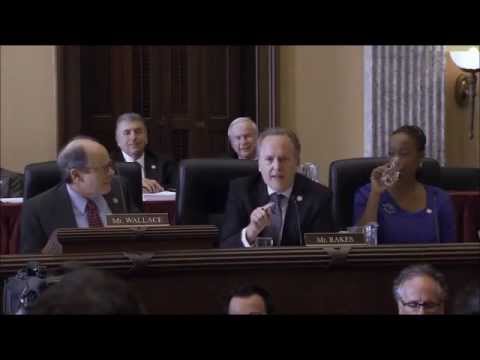 Tom to Selina's team, after everyone begins an argument fiesta next to her sick bed:

"Everyone, shut your fucking holes! The president is not sick. You guys are... you're parasites -- you're like an infestation of mediocrity. I don't care if you're a 1950s radio broadcaster. You're a Fozzie Bear who's been ripped up and used to smuggle heroin. And Nazi Doctor. I don't even know what the fuck you are! This is not about serving yourselves. This is about serving the president." (S4E8, "B/ill")

Rakes to Dan, Amy, and Jonah, regarding the "Jonad Files," i.e., a compilation of Jonah burns:

Amy to Dan, offering him a job he can't refuse:

"Right now you're about as toxic as a urinal cake in Chernobyl." (S5E1, "Morning After")

Dan to Jonah, explaining why his dating tactics only work sometimes:

"If you don't look like someone melted Play-Doh all over a flagpole, it [works]." (S5E7, "Congressional Ball")

Selina to Congresswoman Nickerson, after an intimidation play gone wrong:

"If I don't win the White House, O'Brien is going to sink your stupid boats and you're going to look like a hair-sprayed asshole in your 1980s mother-of-the-bride dress. And if I do win, I'm going to have my administration come to your shitty little district and shake it to death like a Guatemalan nanny. And then I'm going to have the IRS crawl so far up your husband's colon, he's gonna wish the only thing they find is more cancer. So, can I count on your vote? Or do I need to shove a box of White House M&M's up your stretched-out, six-baby vag?" (S5E7, "Congressional Ball")

"General George Washington could climb out of his grave right now, and I would rather eat out his zombified wooden asshole twice a day than be his vice fucking -- fucking anything." (S5E10, "Inauguration")

Selina to Doyle, regarding his betrayal:

Ben to Selina, regarding Sherman Tanz's support of her next go at the presidency:

"Shlomo Tanz is radioactive. He can read the newspaper on the toilet by the light of his own shit." (S6E1, "Omaha")

"Hey Pinocchios, your noses must've been really tiny yesterday, because you lied and now they're normal-sized!" (S6E3, "Georgia")

A little self-deprecation from Selina:

"OK, last time I checked, my political career had answered a Craigslist ad for a modeling shoot in the Angeles National Forest." (S6E6, "Qatar")

Furlong responding to Jonah, who really wants a new office:

"And I want Rihanna to put a gun to my head while she makes me eat her out, but guess what? That's about as likely to happen as Will's wife putting a baby in her polyp festival of a uterus!" (S6E6, "Qatar")

A beautifully innocent self-own from Gary, who was just wondering if he should eighty-six someone:

Furlong comparing the witless Jonah to Richard Kiel as Jaws in Moonraker, before poor Will shows up for his regularly scheduled drubbing:

Furlong: "Maybe you were too busy biting James Bond's cable car wire to realize, but if we don't raise the debt ceiling, America's financial system is going to go belly-up. Like what, Will?"
Will: "Like my labradoodle Teddy when I cover his cock in honey and give him a sticky-licky." (S6E7, "Blurb")

"Shut the fuck up, you epileptic Picasso painting!" (S6E9, "A Woman First")

Furlong flexing his sports and musical muscles at -- who else? -- Jonah:

"Holy shit! I can't believe you're actually showing that camel snatch you call a face in DC. You're about as welcome here as Jerry Sandusky at an open call for Oliver." (S6E10, "Groundbreaking")

When Teddy Sykes finds out about the fatherly connection between Jonah and Beth:

"Lurlene, even the name sounds like it’s on meth. Who in their right mind would live in this ashtray's anus?" (S7E1, "Iowa")

"Selina, looks like we're swinging together. I would've invited my wife, but she's a squirter, and that dress doesn't look like it's been Scotch-guarded." (S7E2, "Discovery Weekend")

Dan to Mike, after the latter says he's going to be speaking on a new-media panel for BuzzFeed:

Selina, when she finds out about Amy's pregnancy:

"Dan fucked you? What, were you wearing a full-length mirror?" (S7E2, "Discovery Weekend")

"Shut the fuck up! When you're president?! I'll jam my fist up my dick hole and pull out a 40-piece set of Danish cutlery when you're president! Selina Meyer is a legitimate candidate, not a human pool skimmer last used to de-spunk a Provincetown hot tub party!" (S7E4, "South Carolina")

"You've been taking fashion advice from a man who dresses like an overgrown ventriloquist dummy." (S7E4, "South Carolina")

Furlong to Amy, referring to her Dan incident, Jonah, and Jonah's sad campaign:

"Holy shit, Brookheimer! When you get an abortion you're supposed to leave the mangled fetus at the clinic, not staple it to the skeleton of a gay condor and run it for president." (S7E5, "Super Tuesday")

Amy and Furlong, to Jonah:

Furlong: "Oh, no, Beautiful Mindfuck. You are not gonna desecrate my convention with more of this Muslim math nonsense."
Jonah: "How do you explain that when I add up my delegates -- with Christian math -- the number is quite different than the official total?"
Furlong: "Because you were born with three umbilical cords wrapped around your neck, Hep-C Kevin McHale." (S7E7, "Veep")

"Can't say I blame you. I mean, that Nutmeg State indefinable really turns my hydrant on. The only difference is that I was the most exciting conquest of his life, and you just had the motel room closest to the ice machine.... Trust me, he will never see you as anything other than the T.G.I. Friday's hostess on Proactiv who lets him bend you over his desk while you close your eyes to avoid coming face-to-face with that framed photo of his family's trip to Aspen while he drowns your Little Mermaid back tat in a pool of jizz and admires his own reflection.... I just hate to see smart women throw away their political careers on powerful men who only see them as the gash of least resistance." (S7E7, "Veep")

Life and CBS News, with one final, truly great slight at Selina's expense:

Mike: "We will have more coverage of the funeral of President Selina Meyer. But first, as someone who served with President Meyer for over two decades, I feel I'd be remiss if I did not offer my own heartfelt eulogy to a president who many feel was very underrated and deserved more -- I'm sorry. Breaking news: I've just been told that four-time Academy Award-winning actor Tom Hanks has died at the age of 88." (S7E7, "Veep")