The Best College Movies You Can Stream Right Now

As any grad or dropout can tell you, college teaches you so much more than what's on the syllabus. Some of the funniest, saddest, and most important moments of your life happen between classes, whether it's on the quad, in the dining hall, or during spring break.

These movies will teach you about friendship, growing up, and partying hard, and let you live vicariously through all the exploits you simply can't pick up at the University of Life. The best part? You can stream them all at home -- no elaborate toga bedsheets required. 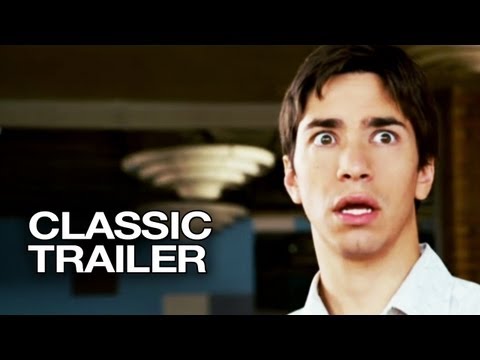 Can't get into college? Make your own! That's the premise behind Steve Pink's Justin Long-starring comedy, and it's just as difficult as it sounds. Robin Lord Taylor (you might know him as Penguin now), Blake Lively, and Lewis Black round out the cast. But it's a very young Jonah Hill who offers one of the more unforgettable -- and definitely loudest -- highlights.
Where to watch it: Rent on Amazon or iTunes 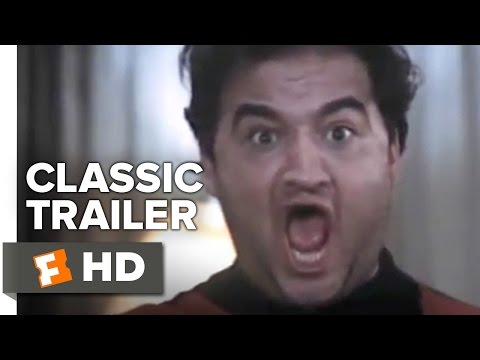 Food fight! John Belushi's iconic "Bluto" Blutarsky is commemorated on posters and T-shirts at universities far and wide, and with good reason: his merry band of misfits flip the made-up Faber College's classic fraternity ideal on its ass. The measures their Delta House takes to save their charter are, to paraphrase Otter (Tim Matheson), futile, stupid, and pee-in-your-pants funny. Watching them topple their clean-cut Omega rivals through toga parties and horse abductions will crack up even the meanest dean.
Where to watch it: Rent on Amazon or iTunes

The "underdog college football movie" is a vital subgenre of "inspirational sports movie." Rudy is one of most masterful of the bunch (more on that below). Balls Out is the polar opposite, a depraved, sophomoric pantsing of athleticism on film. One of the classier parodies of recent years, the movie stars Jake Lacy (Girls) as a not-quite-ready-to-graduate senior who reassembles his old intramural football team to reinvigorate his spirit. Saturday Night Live's Beck Bennett, Kate McKinnon, and now-departed Jay Pharoah all co-star in the movie, which maintains a sketch-comedy vibe for its entire 100-yard sprint.
Where to watch it: Hulu; rent on Amazon, iTunes, or YouTube 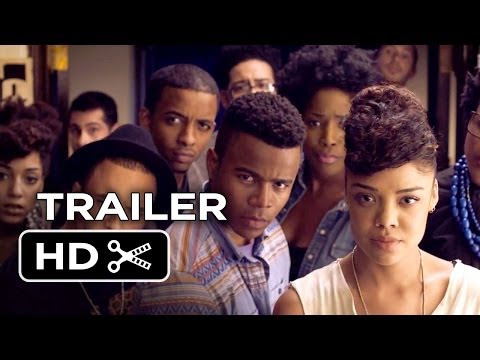 Though the movie's title addresses a different group, Dear White People's most impressive quality is the way it examines a wide range of black characters with varying backgrounds, points of view, and ambitions. Like many conflicts that occur in college, the actual story of the movie can feel a little low-stakes -- the plot centers around the randomizing of student housing -- but that insularity is a virtue, allowing director Justin Simien to burrow deep into the difficulty and absurdity of being a minority student at a predominantly white university. The humor comes from the specifics. Instead of a lecture, it feels like a conversation.
Where to watch it: Hulu 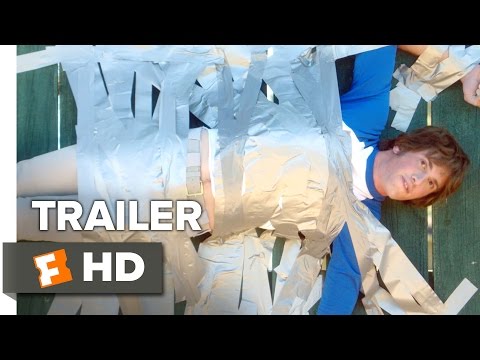 What Dazed and Confused did for the hazy, hedonistic high school years, Everybody Wants Some!! does for the horndog college experience. On the first weekend of school, an early '80s the bro-pack of incoming freshmen roll through disco joints, punk clubs, and house parties blasting Van Halen, exploring every vice along the way. Snappy dialogue, coming-of-age observations, and the perfect cast keep the movie light on its feet. It's the perfect kick-back-and-chill movie -- and our favorite of the year so far -- a combo of fastball jokes and unexpected wisdom backed by a 1980s jukebox.
Where to watch it: Rent on Amazon or iTunes 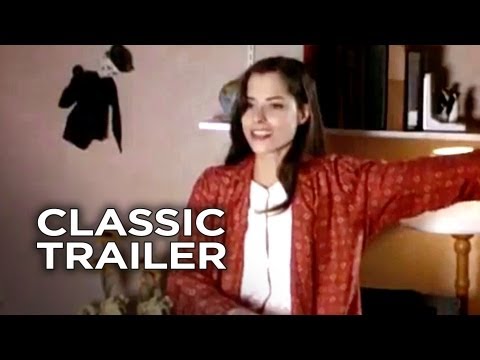 Director Noah Baumbach's debut feature is a college movie about the struggle to leave college. Where movies like The Graduate and Adventureland examine post-college anxiety by placing recent graduates in the real world, Kicking and Screaming asks: what if you never left the campus cafeteria? The answer: more anxiety! Luckily, Baumbach's clever script keeps the wry zingers coming, and '90s favorites Eric Stoltz, Chris Eigeman, and Parker Posey ground the film with moments of genuine emotion to balance out the witty banter.
Where to watch it: Amazon Prime, Hulu 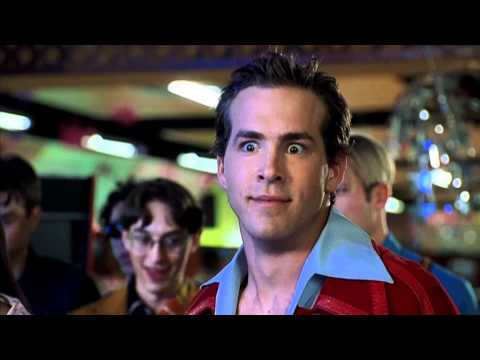 What if Deadpool and Jim Carrey had a party-loving baby, it went to college, and it never graduated? That's what this movie is about! Baby-faced Ryan Reynolds will inspire you, make you laugh, and gross you out as the titular man-child gunning to fix his life and steal Tara Reid's heart. Shout out to the aptly named Colossus. (If you enjoy this, also check out Van Wilder: The Rise of Taj, in which Kal Penn's character takes a more front-seat role.)
Where to watch it: Rent on Amazon or iTunes 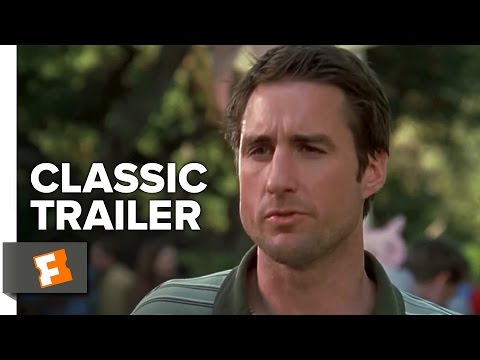 Will Ferrell is a force of nature. Back in 2003, the SNL star had already stolen scenes in comedies like Dick, The Ladies Man, and Zoolander, while also keeping A Night at the Roxbury afloat, but mainstream audiences hadn't really seen what he could do. In Old School, Frank "The Tank" showed them everything he was capable of. By streaking, shooting himself with a tranquilizer gun, and singing "Dust in the Wind," Ferrell chugged his way into the hearts of party-loving, frat-pledging, movie-quoting college students across the nation. Even if the words "You're my boy, Blue," make you groan, Ferrell's performance here still holds up.
Where to watch it: Rent on Amazon or iTunes 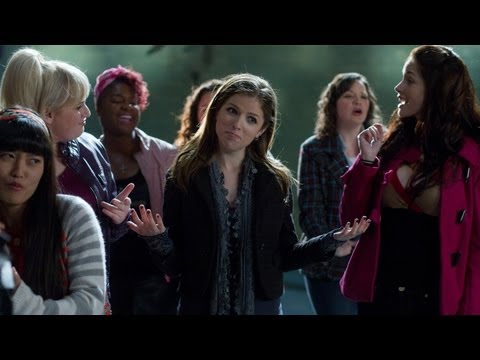 If you want to know why the world can't get enough of Anna Kendrick, Jason Moore's music-injected comedy will help you figure it out. The actress (and author!) stars alongside Rebel Wilson and Adam DeVine here as a moody college freshman turned fierce a cappella force. Kay Cannon's script rules, the jokes are legit, and the songs will pitch-slap you, earworming their ways into the deepest nooks of your memory. Don't believe us? One word: cups.
Where to watch it: Rent on Amazon or iTunes

Val Kilmer made physics lab work cool again (er, for the first time?) in this rambling retort to Revenge of the Nerds. In the movie, a group of gifted tech students secretly work on the latest CIA laser weapon. They eventually use it to blow up a shitload of popcorn. They do it with classic college-movie hijinks.
Where to watch it: Rent on Amazon, iTunes, or YouTube 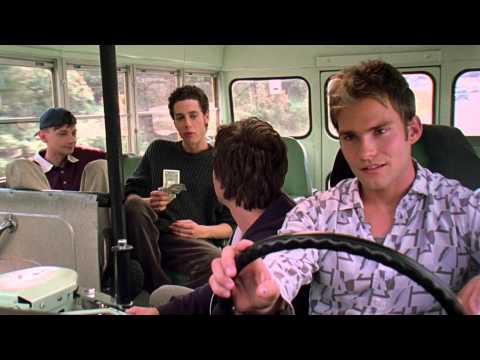 Before Todd Phillips defined collegiate party antics in Old School, he turned his writer-director talents to the time-honored tradition of the bro-ad trip. A Peak 2000 crew of dorm buddies (Breckin Meyer, Seann William Scott, DJ Qualls, and Paulo Costanzo) chart a course to recover one bro's sex tape, which he mistakenly sent to his long-distance girlfriend, who does not co-star in the racy VHS in question. They encounter a Hangover-style obstacle course along the way, which includes but is not limited to explosions, bodily fluids, and devirginization. If that's not enough for you, Tom Green narrates the whole ordeal in characteristic gross-out fashion. Yeah, like we said, Peak 2000.
Where to watch it: Netflix 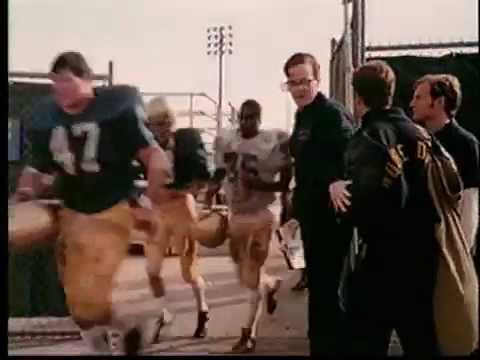 Inspirational as hell, David Anspaugh's biopic tells the true story of Daniel "Rudy" Ruettiger. Sean Astin stars as the titular dreamer whose hard work and persistence, both on and off the field, lead to a spot on Notre Dame's football team and a rare feat in the university's history (watch and find out, you ding-dong!). If you're not chanting "Rudy! Rudy! Rudy!" by movie's end, get your soul checked.
Where to watch it: Rent on Amazon or iTunes

Yes, it's technically the story of grads' last big party scheme before shipping off to the promised land of loose coeds, but Superbad should be required viewing for incoming freshmen. The uproarious comedy that kicked off Seth Rogen and Evan Goldberg's writing partnership crams more crude sex jokes than anyone ever thought possible into the heartwarming story of inseparable best friends (Michael Cera and Jonah Hill) on the verge of changing course. Plus, McLovin's (Christopher Mintz-Plasse) beer-buying swagger puts every older frat bro's attempts to shame.
Stream it on: Amazon, iTunes