11 Podcasts That’ll Have You Laughing Your Ass Off

Podcasts are a great way to learn new things, whether it's the science of body language, the history of the First World War, or the best ways to improve your sex life. That said, it's totally possible to burn yourself out on knowledge -- sometimes you just want to sit back and listen to people make jokes.

Fortunately, there are some truly excellent comedic podcasts out there, providing the perfect counterbalance to the auditory academics so often piped into your ears. And it's not all leisure time, either: If they're done right, comedy podcasts can expand your sense of humor and even improve your comic timing, making you a little bit funnier just by listening to them. Here are some of the best ones to start listening to,

How Did This Get Made?

There's a proud tradition of mercilessly dissecting bad movies, dating all the way back to the heady days of Mystery Science Theater 3000, and How Did This Get Made? carries on that tradition with gusto. Hosted by Paul Scheer, Jason Mantzoukas, and June Diane Raphael, two-thirds of whom you might recognize from The League, each episode of the show brings on a different guest to deconstruct and ridicule movies from the recent (and not-so-recent) past. Expect to hear about classic cinematic bombs like Stealth, Kazaam, and Ernest Goes to Jail, all thoroughly eviscerated by the hosts and their guests (including folks like John Mulaney, Amy Schumer, and Wyatt Cenac).

Whether you know him from Broad City, The Eric Andre Show, or his actual stand-up career, Hannibal Buress has long been one of the funniest guys not to have a podcast -- until he finally started a podcast, that is. The show's still in its infancy compared to the rest of this list, but listening to Buress ramble (get it?!) about relationships, sports, and pop culture doesn't seem like it'll ever get old. 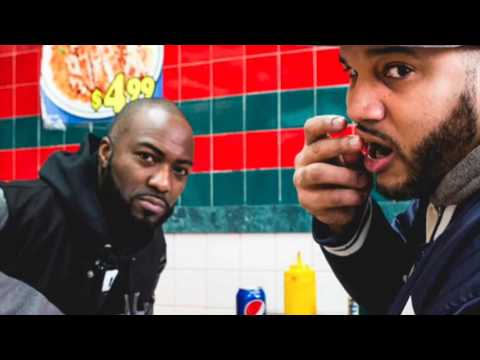 Desus Nice and The Kid Mero first hit the podcast scene with their wildly popular show Desus vs. Mero, and while that only lasted from 2013-2014, the formula of "two dudes from the Bronx talking shit about popular culture" struck a chord. Fortunately for all of us, they returned the following year with Bodega Boys: a new show very much in the same vein as the old one (albeit without the low-tech green-screen video feed). And guess what? The formula still works.

Nerdiness has been thoroughly embraced by popular culture over the past 10 years, and comedian/TV host Chris Hardwick's been at the epicenter of that geek renaissance from the beginning. This podcast sees Hardwick, along with co-hosts Jonah Ray and Matt Mira, interview an array of pop-culture figures ranging from Ozzy Osbourne, Patrick Stewart, and J.J. Abrams to Willem Dafoe, Aaron Paul, and the guys from Epic Meal Time. Each episode manages to be truly funny while simultaneously serving as a legitimate interview, providing a window into the lives of our favorite celebrities (with a heaping helping of nerdy references thrown in). 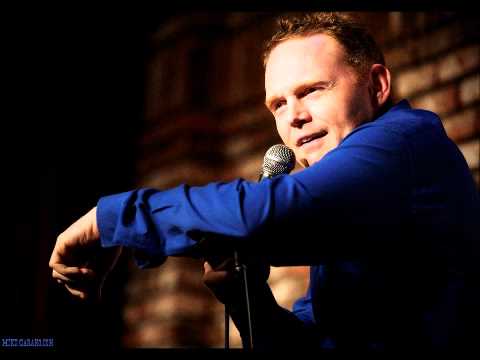 Comedy podcasts generally rely on conversation to generate their funny, which usually means having more than one person on the mic... unless you're Bill Burr, in which case filling an hour and a half by yourself is par for the course. While Burr does occasionally have proper guests on his show (and his wife Nia will sometimes hop on the mic), most episodes of his Monday Morning Podcast are delivered solo, stream-of-consciousness style, touching on everything from political correctness to the mice that live in the walls of his house. He also responds to listener emails, which can range from marital advice to personal insults.

If you're unfamiliar with Burr's stand-up career -- maybe you only know him from Breaking Bad -- you might have doubts about the man's ability to hold an audience with rants alone. If that's the case, please refer to his legendary thrashing of a Philadelphia comedy show audience filled with rowdy hecklers back in 2006.

The elevator pitch here is pretty simple: Two guys (Mike Mitchell and Nick Wiger) and a guest revisit a different chain restaurant each episode to earnestly review its offerings. In reality, though, the restaurant criticism often takes a backseat to freeform discussion and riffing that touches on current events, the guest's body of work, or the hosts' playful-yet-combative relationship.

Ultimately, the conversation does return to the chain in question -- be it Wendy's, Shake Shack, or Dave & Buster's -- and it's oddly fascinating to hear people discuss the merits (and nostalgia) of chains we're all familiar with.

Hosted by comedian/actor/martial artist/UFC commentator Joe Rogan, this popular show's got more than 800 episodes under its belt. As such, he's had guests ranging from neuroscientists and adventurers to documentarians and MMA fighters -- but as you'd expect, the episodes with comedians are where the real laughs are. Rogan's stable of stand-up friends bring their own unique style to the show, which essentially turns into a laid-back hangout where pretty much everything's fair game (joke-wise). Guys like Greg Fitzsimmons, Duncan Trussell, and Ari Shaffir drop in frequently, but the undisputed master of guest appearances has to be Joey "Coco" Diaz.

The Church of What's Happening Now

If you heard Joey Diaz on Joe Rogan's podcast and thought to yourself, Man, everything this dude says is dynamite, I wish he had his own show, A) you're absolutely right, and B) he does. Mild-mannered co-host Lee Syatt pairs remarkably well with Diaz's bombastic cadence, and while the show does feature great guests (like fellow comedians Iliza Shlesinger and Ralphie May), it's ultimately the chemistry between the two -- and Diaz's natural gift for storytelling -- that brings people back each week.

Longtime collaborators Kevin Smith and Scott Mosier lend their talents (and the first letters of their last names) to this show, which started in 2007. Since then, it's spawned numerous sister podcasts (on Smith's SModcast Network), a "SModcastle" venue where live podcasts were recorded, and a book containing transcripts of SModcast episodes -- and while most of those are now long gone, SModcast itself is still going strong.

Given the abysmal failure of Smith's recent cinematic ventures, including 2014's Tusk (based on an idea germinated in a SModcast episode), this podcast is arguably the filmmaker's best contribution to pop culture in the last decade.

Each week, actress Lauren Lapkus (Orange Is the New Black) hands the reins of her show over to one or two funny people who come up with characters and fill the hour-long with whatever kind of odd, podcast spoof they please. Maybe it's podcast vet Matt Gourley hosting a made-up talk show, "Stockholm Syndrome with Dennis Palp" or Chris Gethard bringing his therapy-like Anonymous Stories From Beautiful People to a new home. Whatever the case, each show's "guest" is Lapkus, deranged and incognito, digging her way deeper and deeper into the persona's she's devising on the fly. Improv comedy is a risky game, especially when you can't see the performers, but Lapkus and her podcast are always worth betting on.

We started with a bad movies podcast and we'll round the list out with a bad movies podcast -- when the riffing's done right, we can't get enough. Hosted by Daily Show writer Dan McCoy, MST3K: The Return (and former Daily Show) head writer Elliot Kalan, and Brooklyn bar owner Stuart Wellington -- essential, even without the comedy cred -- The Flop House devotes each episode to summarizing the un-summarizable events of truly awful movies, ranging from blockbusters to the occasional no-budget discovery. With occasional theme months (you'll want to catch up on annual "Shocktober" and Nic Cage-themed "Cage-mas"  celebrations), this is an indispensable show that happily flies off the rails to avoid enduring one more second of Hollywood's worst creations -- and you'll be happy to join it.