The Weirdest Employee Training Videos That Have Leaked on YouTube

In 2015, Esquire's Dave Holmes unearthed a stunning '90s promo reel that Sizzler produced for its franchisees. The nearly five-minute video was never meant to be seen by the masses, but thanks to Holmes and the angel who uploaded it to YouTube, more than 2 million Americans have now experienced that impressively sincere and patriotic anthem. It's a chief example of the joy to be had mining for old corporate videos that are so bad they're good.

Many similar gems exist in the ether -- this Ernst & Young attempt at team-building, for example, is almost too good to be true -- but the best breed of corporate video is the old corporate "enter-trainment" video, which some companies create to show new employees the ropes using visuals and lingo that quickly become dated. Just start at Wendy's in the mid-'80s? The Duke of the Grill was there to guide you. Unsure of how to spot a shoplifter? Dick Deal had your back. Below, a look at more top training picks, some of which are, admittedly, more accidentally enter-training than others. 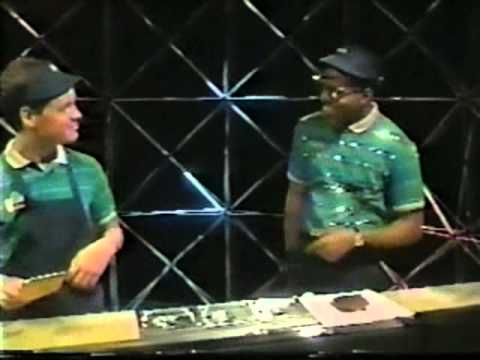 A TV that eats people. Singing meats. A burger rap that rhymes "lay it down" with "not scattered all around." Air-guitar spatula solos. Dave Thomas, founder of Wendy's, demolishing conventional pronunciation. Miniature Rob Gronkowski.

Although those ingredients sound like they belong to a deleted Requiem for a Dream scene, they're actually all real things you'll find in this 1989 training-video-within-a-training-video (do-do-do-do-do-do-do, BUM, BUM), starring Bill, a boy who becomes a man when his Wendy's manager shifts him from fry duty to grill duty. The whole thing is beautiful, haunting, and damn-near perfect -- a lot like that stretch of time when Metta World Peace played for the Los Angeles Lakers. If you enjoy Bill's journey, you also need to see Wendy's musical takes on hot drinks, cold drinks, and chili.

For a change of pace, watch this one from circa 1985, hosted by a Joe Pera prototype. Seriously, if you have trouble sleeping, ditch the ocean sounds and play this bad boy in the background -- you'll cure your insomnia and learn how to spin chicken like a goddamn magician (a magicken, if you will). Other things this nearly 14-minute tutorial will teach you:

Things it won't help you with: 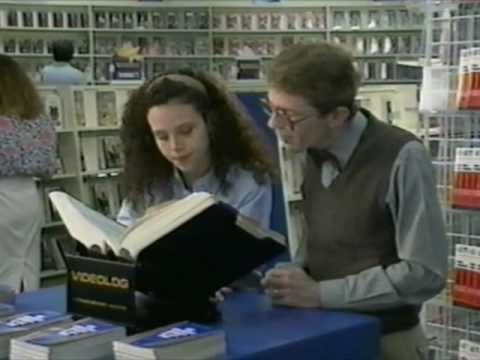 Fair warning: If you watch this Blockbuster University Productions clip from 1990, featuring a straight-up lunatic named Buster giving smirky pointers to a perky employee through the TV he seems to be trapped in, you might also go crazy. But at least you'll know what I mean when I say, "True happiness looks like Max Headroom and Buster Sales duking it out in a Celebrity Deathmatch." 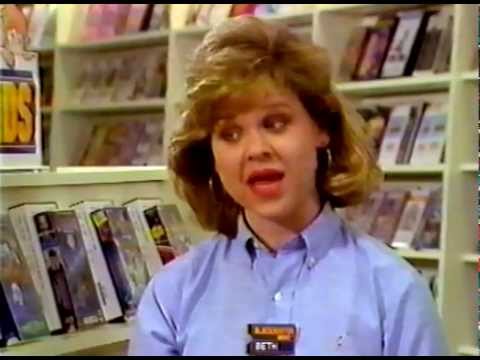 This two-part video from 1989, used in the days just before the arrival of Buster Sales, uses the movies and synth of the era to instruct new employees on Blockbuster's customer service policies. Part two trained a Blockbuster employee who resembled Candace Cameron how to shut down pretentious little brats:

Kid customer: Hey, I hated the ending of Casablanca. Do you have anything better?
Blockbuster employee: Yeah, how 'bout a knuckle sandwich?

OK, she doesn't really say that, but she does kind of throw a punch. Come for the punch, stay for Alfred. 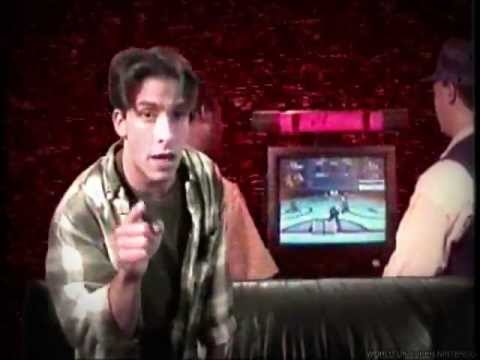 Even though I wouldn't trust the weeks-old loaf of bread in my fridge with Ben, I found it impossible to turn away from his Wayne's World-y 1993 holiday demo. (And honestly, compared to Nintendo's 1991 version, this thing needs an Oscar more than Amy Adams.) His seminar comes with a Nintendo history lesson, the phrases "Nintendo nutso" and "radical fun, man," and a reminder that your childhood would've been a little better if your mom had just relented and gotten you that Super Scope. 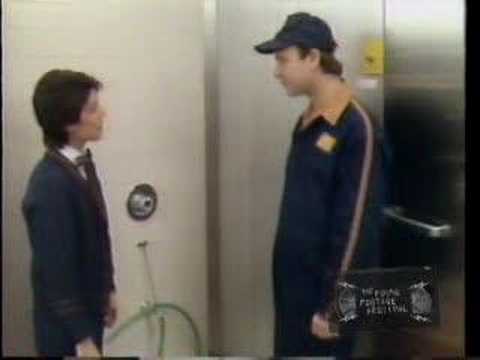 The McDonald's One About "McC"

In this taut psychological thriller, a wet-behind-the-ears Golden Arches custodian loses his marbles as he learns he's not working alone. 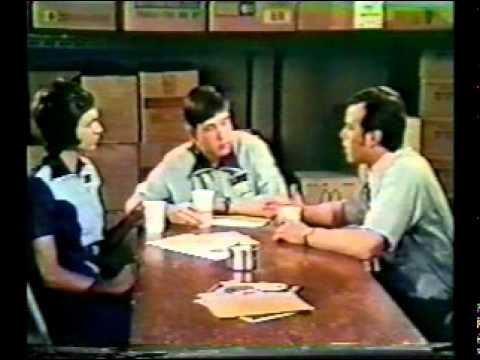 The McDonald's One About Smiling

One cashier's harrowing past with a car distributor scars him for life and nearly ruins this '70s-era Mickey D's for a solid five minutes. Flashbacks included. 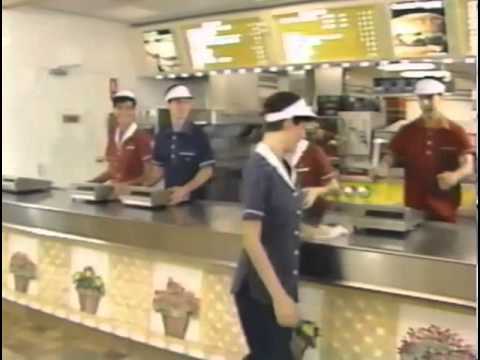 The McDonald's One With the Fake Michael Jackson

In 1984, Weird Al Yankovic released a parody of Michael Jackson's Thriller hit, "Beat It," called "Eat It." It won him a Grammy. Shortly thereafter, McDonald's followed suit by creating this instructional music vid, called "Clean It." It won our hearts. 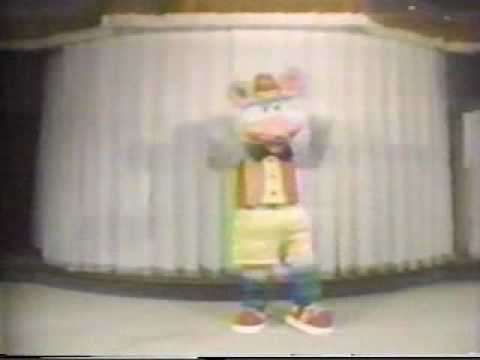 "Some kids are a little hesitant about letting Chuck E. touch them." No kidding. There's a good reason we now have Five Nights at Freddy's. 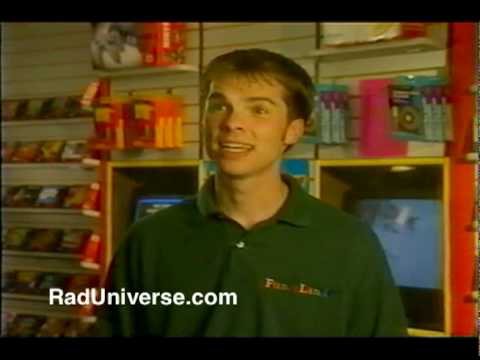 If you thought the Upside Down was a freaky alternate dimension, you ain't seen nothing yet.

Join former pro-shoplifter Dick Deal (real name, hopefully?) on a deadpan journey into the mind of a thief, and learn some choice Dick Dealisms along the way:

To watch this entire 18-minute clip is to learn the "Dick Deal dance," to enjoy the unpredictable commentary of the John Madden of stealing. 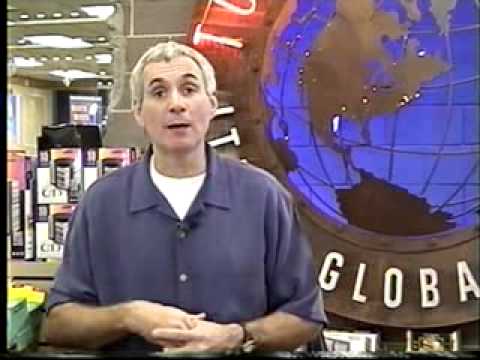 First, pour one out for Tower. Then, skip to the end of the tape, where a blooper reel featuring Michael Scott's dad and a brief musical awaits. 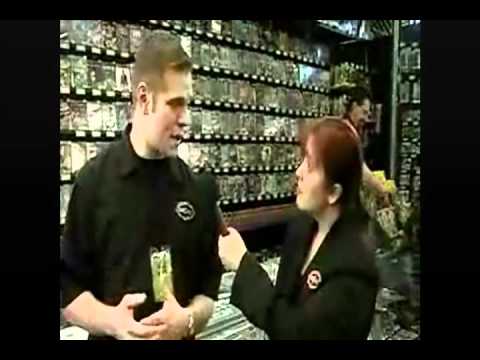 In the early 2000s, Game Crazy had the idea to stage one of its training videos like a big-league sporting event. Neat! It also had the idea to turn one of its employees into a sideline reporter whose vocab inexplicably included "hizzouse," "heezy," "boo-yah," "bomb diggity," and "crunk." Not neat. 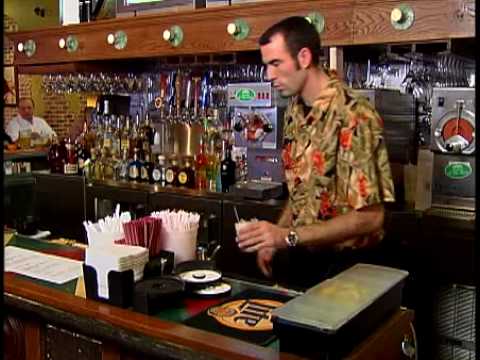 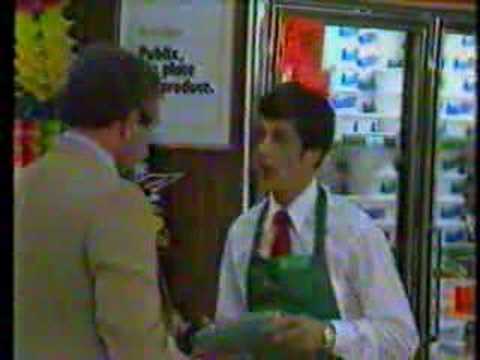 This man enjoys shopping as much as Mike Tyson enjoys hoverboards. 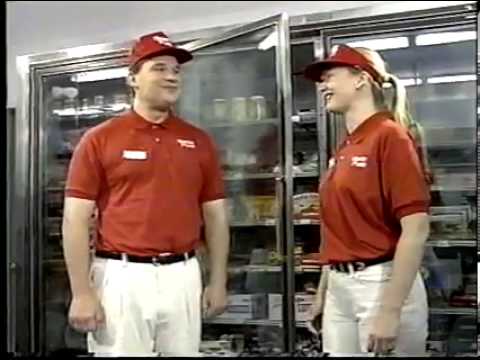 As a parting gift, here's a beautiful parody of the corporate training programs you have now hopefully come to love.

Sean Fitz-Gerald is a staff writer at Thrillist Entertainment and always wears shoes to work. Find him on Twitter @srkfitzgerald.