We know, we know. You have a life to live. You look forward. But as the wise George Santayana said: "Those who cannot remember the past are condemned to repeat it." Luckily, the world gave us iPhones, podcasts, and rambunctious historians willing to pick up a microphone. Below, you'll find eight educational podcasts that'll freshen up your trivia, renew your diploma, and even turn you on to higher historical learning. Listen up and take notes!

Since history podcasts are heavily researched and carefully scripted, a host's charisma is essential to cut through what might otherwise be a stock reading. Dan Carlin's subjects, varying from the Bronze Age to World War I and beyond, unfold through dramatic readings, during which he speculates on what might have happened in alternate timelines for as long as necessary (four hours!) to tell his story. But just because Carlin plays master of ceremonies on Hardcore History doesn't mean that the truth suffers. Carlin is a showman, and his performance elevates dry lecture to entertainment. Though he always provides recent episodes for free, the majority of his catalog hides behind a paywall. It's worth the investment.

Whether finding a love story in a 19th-century traveling circus or detailing the escape of a runaway slave, host Nate DiMeo knows that extraordinary people and moments help listeners make strong connections to history. Despite its short runtime, The Memory Palace leaves you fully engrossed, expanding snippets of the past into fully realized narratives. What further distinguishes this podcast is its understated sound design and elegant narration. You won't leave an episode with material for your thesis, like denser podcasts in this category, but you will leave affected by the mystical tales DiMeo plucks from obscurity.

Each episode of Biography centers around a significant historical figure, though a guilty-pleasure series this is not. Even Biography's music sets a serious tone. If you are a fan of any of its subjects, such as Darwin or Catherine the Great, you'll savor host Matt Smith's rigorous pace and intellectual conversations. This relatively new Aussie series is a great choice for the most historically inclined listeners, but perhaps even a less invested layperson might let Biography lull them to sleep while raising their IQ.

You Must Remember This

You Must Remember This makes history sexy. Host Karina Longworth condenses massive amounts of research into tight narratives with engaging soundscapes and voice-overs. Her show recalls early podcast mania, when the idea of reacting to any subject in real time without a major budget or advertisers was nothing more than a pipe dream. But given Longworth's film and journalism skills and her substantial investment of time, her passion project came to life, blowing past other new shows that lacked the pedigree and passion. The show hits its stride with the "Charles Manson's Hollywood" series, and keeps us coming back for more lessons in Longworth's latest, "The Blacklist."

Before you assume this show is just a bunch of banter about the Dewey Decimal System, have a look at the lineup: meditate with Russell Simmons and Rick Rubin before they talk about Zen Buddhism, or listen to Ta-Nehisi Coates directly address history as a subject. The show acts as a living record of live talks from the NYPL, with subject-matter experts and authors. It's both a historical artifact and an in-depth discussion (though sometimes it's just gawking at celebrity). The New York Public Library Podcast gets pretty meta pretty fast, but it's the quickest cure for FOMO for people who can't attend the live events.

The History of Rome

When a society lasts for over a millennium and its language, culture, and technology touch nearly everyone on the planet, there's plenty to discuss. Host Mike Duncan tackles the Roman empire in 179 episodes and compresses its history for obsessives who don't have the patience to read The History of the Decline and Fall of the Roman Empire. Like many podcast historians, Duncan struggles with production and script-reading early in his run, but stick with him as he settles into the form. Block off plenty of time to listen to all the dirty details, including copious amounts of violence, sex, revenge, politics, and the sacking of ancient cities. 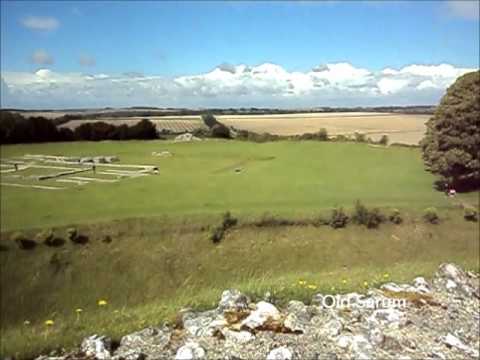 The History of England

Now that every last one of us is a Game of Thrones addict, it's time to publicly embrace our love of the British monarchy. Before the modern era, England was not a place we'd want to live -- unless you were this dandy -- but listening to the country's history from the safety of your earbuds with host David Crowther makes centuries of conquest and imperialism a bit less dangerous. There's even an episode on 14th-century fashion. From the Anglo-Saxon invasion up to the end of the medieval period, The History of England thoroughly examines the country whose language has become the lingua franca of the world.


My History Can Beat Up Your Politics

This one owns the diamond-studded championship belt for best name in the history-podcast category, hands down. Host Bruce Carlson offers a brilliant take on America, sharing history within the context of present-day politics and looking at our backstory as a series of political moments that need to be untangled from partisanship. If that sounds straightforward, play a mental exercise: try explaining the 2016 presidential primaries to your family without revealing your political biases or starting a shouting match. For a good primer on the podcast and what might happen at the Republican National Convention this year, check out his episode on brokered conventions. After listening to My History Can Beat Up Your Politics, you'll not only be convinced that history repeats itself, but that we're stuck in an infinite loop.

Eric McQuade, Laura Standley, and Devon Taylor run The Timbre, a site dedicated to the emerging art of podcasts. Follow the site on Twitter: @timbretweet.