They're stars on the court and on the screen. 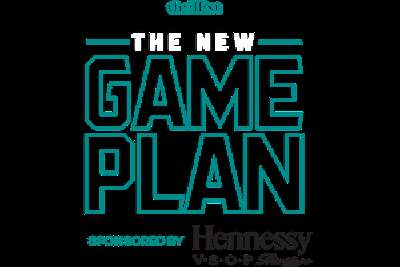 The films and TV shows showcasing the acting skills of NBA players truly run the gamut. Not even counting the many largely interchangeable cameo appearances by NBA stars as themselves over the years—such as Allen Iverson expressing bafflement in Like Mike and then-current stars like Charles Barkley arguing with Billy Crystal's referee in Forget Paris—the genres covered include weepies, spoofs, thrillers, sci-fi, fantasy, and whatever the Dennis Rodman opuses Double Team and Simon Sez were.

While NBA players who take on heftier roles often find themselves cast as thinly veiled fictional athletes (such as Julius Erving's lead role in the 1979 basketball comedy The Fish That Saved Pittsburgh), the performances that excite us the most have nothing to do with basketball. We wholeheartedly endorse the following weird, wild, and/or legitimately wonderful acting attempts by NBA players past and present.

ALSO RECOMMENDED: These Basketball Movies Will Help You Survive the NBA Offseason

Kareem has a film and TV resume as long and diverse as anyone's, with acting parts as a martial artist fighting Bruce Lee in The Game of Death, a gold-mining literal giant on the quickly canceled sci-fi TV curiosity The Man from Atlantis, Arnold's teacher on Diff'rent Strokes, and Monster Shouter in The Stand miniseries. (He was also a staff writer on the recent revival season of Veronica Mars). But his role as co-pilot Roger Murdock in the 1980 Zucker, Abrahams, and Zucker comedy Airplane! remains as unbeatable as one of his heyday skyhooks. "Tell your old man to drag Walton and Lanier up and down the court for 48 minutes" is a perfect line in a movie full of perfect lines, and Kareem delivers it with perfect exasperation.

Ray Allen in He Got Game

The gold standard for basketball players on the big screen, Ray Allen's Jesus Shuttlesworth, the protagonist of this 1998 Spike Lee movie, faces pressure from every direction as the nation's top high-school star and undecided college recruit. As Shuttlesworth navigates fame, family, and his own future, he's also forced to make sense of the unexpected re-appearance of his incarcerated father (Denzel Washington) and the added wrinkle it adds to his college decision. Allen, who had just finished his first season in the NBA at the time of filming after a stand-out run at the University of Connecticut, has legit acting chops, and, naturally, the basketball scenes feel alive and authentic.

Wilt Chamberlain in Conan the Destroyer

While Wilt Chamberlain, by then a retired NBA player, stays quiet for much of this 1984 heist fantasy sequel as a duplicitous henchman opposite Arnold Schwarzenegger's muscle-bound barbarian, he keeps plenty busy riding horses, doing sword stuff, and getting deservedly slain by Conan. In a movie where action scenes are plentiful and the dialogue mostly exists to move things along from one scene to the next, Wilt acquits himself nicely and makes you wonder why he didn't pad out his otherwise thin on-screen résumé in later years.

Kevin Garnett portrays a fictionized 2012 version of Kevin Garnett, who becomes one of the many people caught up in the interconnected web of chaos spun by New York City jeweler Howard Ratner (Adam Sandler). KG manages to stay above it all and keep his hands clean even while an increasingly desperate Ratner exploits the man's love of shiny gems, notably the black opal that Garnett decides will bring him good luck. But Garnett, in his first intensive acting performance (he'd played Wilt Chamberlain in the 1996 HBO dramatization Rebound: The Legend of Earl 'The Goat' Manigault), does a fantastic job at expressing frustration as his on-screen persona discerns that something is amiss and has to block out the madness with his season, and Ratner’s money, on the line.

The plot of this 2015 Judd Apatow–directed Amy Schumer vehicle, in which she plays a hard-partying, ethically challeged magazine writer who sleeps with Bill Hader's sports surgeon while on assignment to profile him, could have easily devolved into an Arli$$-style parade of pro athlete cameos. Instead, it wisely keeps those appearances to a minimum, and mostly gives the featured athletes meaningful roles. Tony Romo, Chris Evert and Amar'e Stoudemire are funny in their scenes, but LeBron James, as a dorky, overly earnest, cheapskate version of himself, steals the whole movie.

You may have heard that there's a new movie called Space Jam out in theaters and on HBO Max right now. Maybe you've even seen it. Either way, you probably know that the 1996 original is the only one that allows you to watch Michael Jordan dunk on aliens, a phenomenon that's always going to be more outrageous than seeing LeBron James do the same thing 25 years later. The O.G. Space Jam has some memorably goofy performances from the many other 1990s NBA players who turn up but, with apologies to Lola Bunny, this is all about His Airness appearing in a major motion picture at the height of his fame. MJ isn't the most natural actor—he's better suited for commercial work—but his role alongside the Looney Tunes remains as iconic as any on this list, and Space Jam sits squarely in the pantheon of mid-'90s kids-sports movies.

Hell, yes, Kazaam made this list. Shaq has an IMDb page a mile long at this point, much of it for appearances as himself in movies and TV shows over the years, and none of it for acting performances as iconically bad as his in this 1996 comedy directed by Paul Michael Glaser. And make no mistake: Shaq is absolutely, perfectly terrible here, somehow even more awful than he was as a weapons designer in the 1997 superhero movie Steel. That said, he's endearingly bad as the goofy rapping genie. (Just that phrase alone is a gift: goofy rapping genie.) Plus, he really commits to the role, no matter how foolish it all is, and there’s something refreshing about an image-conscious pro athlete just going for it in such a silly movie, one that later factored into the erroneous "Mandela effect" belief that the comedian Sinbad had starred in a movie called Shazaam.

Detlef Schrempf in Parks and Recreation

With all due respect to Roy Hibbert and Larry Bird’s Aunt Tilda, Schrempf is Parks and Recreation's NBA MVP. In the first of his three episodes, the retired Indiana Pacers star turned up as a special guest hired to appear at a telethon. But it was when Tom Haverford and Jean-Ralphio Saperstein pay him merely to hang out at the offices of the free-spending Entertainment 720 and play basketball all day that the hulking German-born center earned his place in this absurd, big-hearted fictional Indiana universe, and on this list.

Joe DeLessio is a contributor to Thrillist.