Billy Eichner's 10 Best Bits from 'Billy on the Street,' Which Is Now on Netflix

Billy on the Street has had a surprising and, to a certain extent, confusing number of homes since it began. While it's existed in some capacity for 15 years, it began its TV run on the Fuse network in 2011 before leaping to truTV in 2015, eventually moving to Funny or Die in 2018 as a shortform web series. But, as of last week, the entire Billy on the Street catalogue lives on Netflix. Through all of the series' changes, Eichner's madcap dashes around the streets of Manhattan have remained wonderfully consistent. His star has grown -- he's now Timon, after all -- but when he's quizzing random people with a celebrity in tow about pop culture ephemera, he remains as passionate and unhinged as ever. See, for instance, the latest offering in which Eichner drags around Chris Evans, promoting his new film Knives Out, to celebrate the series' Netflix launch, scream about his distaste for Marvel movies, and explain, "Ladies, I know the Kominsky method and I'm not sharing it!" Before you dive into the wealth of Billy that's on Netflix, here are 10 essential moments from the series. 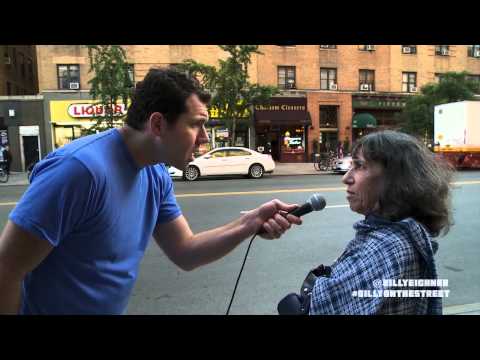 Quizzed in the Face with Elena

If there's one defining Billy on the Street clip, it's this interaction with Elena, the small, sardonic woman who would turn out to be his most faithful foil. Elena is the perfect match for Billy. She's annoyed but unflustered by his whole deal, and she commits to her dry, deadpan delivery as he gets more and more worked up. She's also surprisingly good at pop culture trivia. Billy would eventually bring Elena back as his sidekick and introduce her to her hero, Michelle Obama. 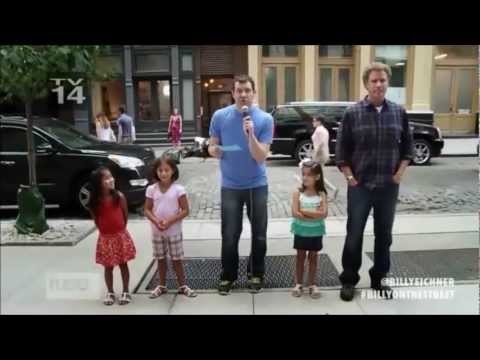 Scream for an American Girl Doll

Sit back, relax, and enjoy Will Ferrell taking this game of screaming for an American Girl Doll very seriously. Pitted opposite three little girls, all of whom want an American Girl Doll because they "have none," he puts his all into shriek in the streets of SoHo. He loses, rightfully, but he gave it his all. 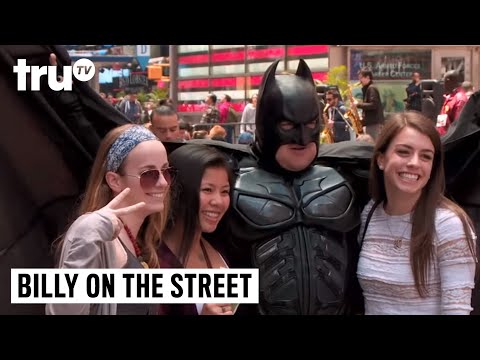 I'm sorry, but if you've never seen Julianne Moore scream her Magnolia "I'm sick" monologue in the middle of Times Square, you have not truly lived. Arguably one of Eichner's more high profile gambits, he drags the Academy Award winner around one of New York's busiest plazas to perform speeches from some of her movies. Moore does not hold back. She ramps up the emotion from The Kids are All Right and even conjures tears at one point. A true legend. 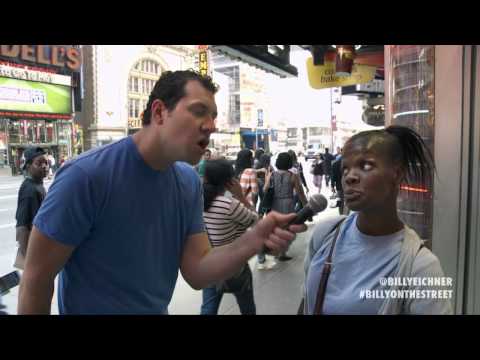 Billy's Phantom of the Opera Fight

Billy gets into a nonsensical argument with a woman who swears -- SWEARS -- that she saw Denzel Washington play the Phantom of the Opera on Broadway. It gets heated. (And, no, Washington never did Phantom, though, to be honest, I would love to see that.) 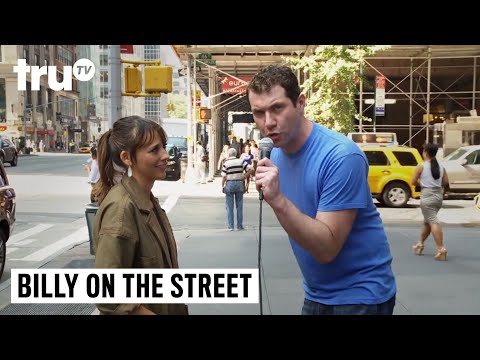 Whistle-Blow That Jew! with Rashida Jones

Look, I understand how the title and concept of this game might raise some eyebrows, but it's exactly the kind of niche, off-color in-joke that makes Billy on the Street great. Billy has Rashida Jones -- a fellow Jew, it should be noted -- determine whether celebrities like Natalie Portman, née Hershlag, are "full of shame" and have changed their names. Yes, Jon Stewart was Jon Leibowitz. No, Paula Abdul was not Rachel Ben-Hanukkah. 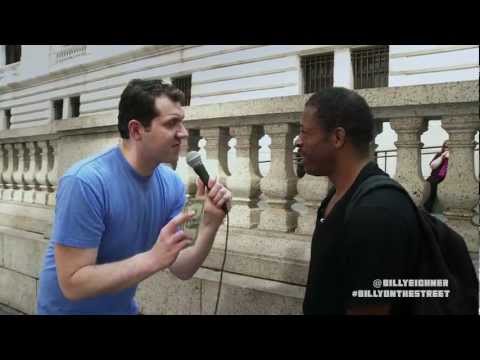 Lightning Round (Name a Woman!)

The panic on this yoga-mat-toting woman's face when she cannot come up with a single woman to name for a dollar is high comedy. She tries to hide, and eventually just runs away out of both fear of Billy and deep shame. 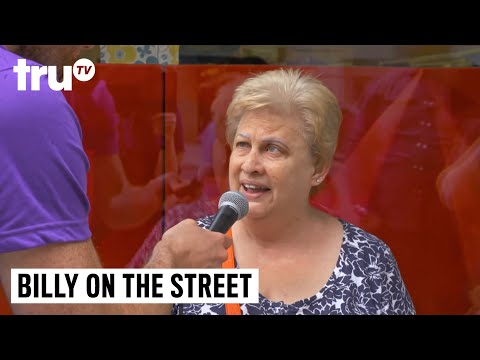 A Farewell to Bones

Billy walks around, holding a bone, asking people to say goodbye to the long-running Fox procedural Bones. The joke of the sketch, largely, is that the word "bones" is very funny. The crowning moment is when Billy finds a guy who hasn't heard of Bones, but has watched 28 seasons of Survivor. 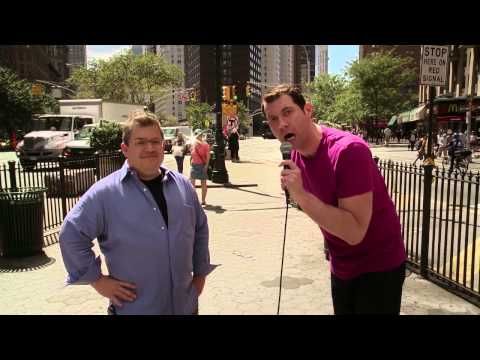 Turns out, Billy has strong feelings about the animated movie Ratatouille, namely that it doesn't get the credit it deserves in the Pixar canon. (Hey, Billy, it's our favorite, at least.) Opposite Patton Oswalt, the voice of Remy the cooking rat, Billy goes off on his love for the movie. "I love America, but Americans wouldn't know genuine enchantment if it fucked them in the ass," he yells. 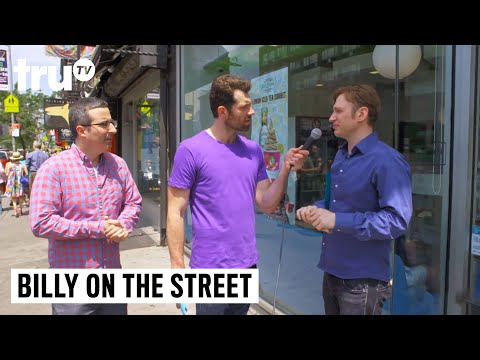 Apparently... not really. Billy polls people wandering the streets of NYC's Chelsea neighborhood to see if gay people care more about Wendy Williams than the late-night HBO host. (Largely, at least in this sample, they do.) Watch Oliver endure humiliation after humiliation. 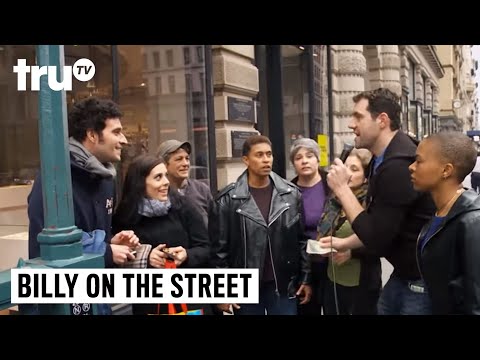