The popularity of podcasts is (still) on the rise. Shows like Serial and Pod Save America have inspired legion imitators, meaning that we don't have to worry about the quantity of shows at our fingertips.

Fortunately, one of the genres where quality has matched the quantity is horror. With more than a century of horror movies searing petrifying images into our brains, it seems quaint to turn to an audio-only format to get scared, but the recent boom in podcasting has delivered a wave of fantastic horror podcasts to keep us wide awake in the dead of night. Here are some of the best.

Total run:30 chapters plus extras
For those who already know the joyful strangeness of Welcome to Nightvale, Alice Isn't Dead is the organic evolution of that series into purer mystery fiction. It features a truck driver roaming across a largely empty United States looking for a wife she'd thought was dead. There's a lonesome air about it, and the oddities and side roads she encounters inject the best creative elements of Nightvale into a more traditional structure that can fill your heart and hollow it out.

Total run: 117 episodes
The beauty of Sharkchild's storytelling lies in its seductive simplicity. Billed as a "universe of occult, metaphysical, and fantastical horror stories," the stories almost always hit the mark by giving you something dark to think about long after the initial shock jolts you out of your seat. The Witness Protection Program-style vocal filter he uses also gives each tale a hint of otherworldly taboo -- like a twisted confessional meant for your ears only.

Ghost in the Burbs

Total run: 49 episodes
A children’s librarian sits down with her neighbors in Wellesley, Massachusetts to hear stories that definitely aren't for children. Stripped down and personal, Liz Sower's one-woman show focuses on ghosts haunting the suburbs, but the real fear comes from the banal. She’s a strong, intense narrator delivering tales with the one-two punch of middle-class social anxiety and supernatural monsters. Each episode stands on its own, but you should start at the beginning for the full experience of the dark horrors lurking in the sunshine of Liz’s Wellesley.

Total run:51 episodes
This series from Soren Narnia uses the limitations of audio as a strength. Like the spooky offspring of H.G. Wells and Are You Afraid of the Dark?, Knifepoint offers campfire tales for the iPhone era. The show is perhaps the most stripped down of all horror podcasts, purposely relying on one speaker's voice (instead of sudden violin strings and mood music) to present an off-putting story that's realistic enough (most of the time) to make you wonder whether you're next.

Total run:10 episodes
If you’re after a descent into madness brought on by grief and sci-fi social media, this gorgeously crafted series about an FBI employee struggling to get his life together eight months after his wife's death should shoot to the top of your list. Pristinely produced with acting that reaches through your headphones to grip your heart, it's Her as a campfire ghost story.

Total run:11 episodes plus extras
Part Lost, part Serial, this startling show with superb production value features the fictional host of the fictional American Public Radio trying to solve the mystery of several hundred people vanishing from a town in Tennessee a decade ago. It's a story that host Lia Haddock has a personal connection to, which makes her obsessive journey that much more intense. The raw genius of the storytelling in Limetown is that, no matter how many times you're reminded that it's fiction, you'll still find yourself wondering if it's real. Maybe presenting it as a sci-fi story is part of the cover-up? How far down does this rabbit hole go? Are they listening to my thoughts right now? 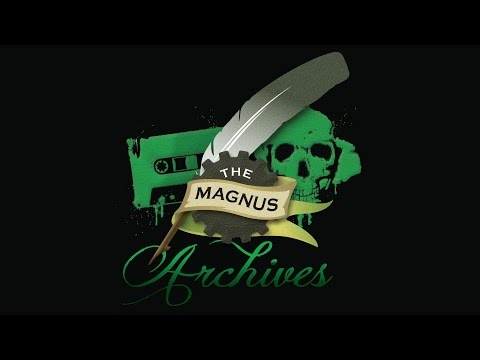 Total run:158 episodes
This anthology out of the UK has a classic sensibility to it while delivering a wide range of shiver-inducing stories. Magnus is fearless in its subject matter, utilizing everything from an astronaut undergoing an isolation experiment to creepy taxidermy to curious pest control in order to launch tales presented as deeply disturbing personal testimonies.

Total run:60 episodes
The sound design alone, including a prestige-TV-ready theme song, is enough to land this show from Vanessa Lowe and Kent Sparling near the top of any list. It's gorgeous and robust, matching the personal essays and interviews which seek to celebrate and explore how familiar things change after the sun goes down. It's unique in that it moves beyond horror fiction into a nonfiction, existential consideration that ends up pouring liquid nitrogen into your soul. It's surprising, but there's something terrifying about one person considering his own fear (say, while strolling through the woods at night) and openly contemplating what makes us all afraid.

Total run:318 episodes
The perennial champion of aural terror, born from the subreddit of the same name, the quality of stories on NoSleep is astonishing. Every episode has about five stories, which means that the podcast is nearing its 1,000th dark tale of things going wrong and things that shouldn't be. These stories run the gamut of subgenres, with a general rule that everything must be told as a first-person experience that at least winks at plausibility. The mix of lurid styles and substance means there's something for everyone, but the show also sets teeth chattering with horrifying consistency.

Total run:180 episodes
This collection of horror, thriller, and almost-always-as-scary sci-fi shares a lot of the same features as other shows on this list: immersive production value, top-notch storytelling, and inventive plots that find fresh ways to torment. The Other Stories' main strength is it's ability to terrify you in a very short amount of time. Almost all the stories are under 20 minutes, and many clock in under 10, but the truncated timeframe does nothing to diminish each episode's power. If anything, it amplifies it, tightening and squeezing the tension into a compressed package that will leave you sweating and obsessively looking over your shoulder before your commute's even over. Plus, it’s organized by thematic volumes ("Alt-History," "Abandoned Places") so you can pick a mood and run with it.

Total run:670 episodes
A gold standard for horror audio, Pseudopod’s formula is devilishly simple: Get the best narrators to read the best horror short stories from the best authors. It’s a skin-crawling buffet featuring every subgenre and every style you can imagine. You want a tale about a shy British boy who builds tiny coffins? Or a hyper-smiley theme park surrounded by war-torn apocalyptic waste? Feral toddlers? Noisy ghosts? Pseudopod has every flavor you could possibly desire.

Total run:12 episodes
Everything about Mount Absalom, Ohio is unnervingly hospitable. Like Twin Peaks if Shirley Jackson were the mayor, Unwell lovingly melts all the small-town niceties into dark disorientation and malice. It also has the highest quality sound production going, and it’s unencumbered by the found audio constraint. Front and center in this modern Gothic tale is Lily Harper, who returns home to Mount Absalom to look after her irascible mother, Dot, who's living at a quirky boarding house. Listen along and get excited for the Celery Festival.

Total run:10 episodes
In the grand tradition of 8mm and Cigarette Burns and The Ring, this Shudder original podcast launches when VHS hound Mark Cambria watches a strange white tape and starts talking in his sleep in a non-existent language. He and his girlfriend Tamra investigate and fall full body into a tangle of occult mystery and an unspeakable video store. It’s the rare podcast that 100% lives up to its creepy premise, deepening its impact by inserting real-world horror writers, bloggers, and filmmakers into the (fictional?) story.

Scott Beggs has written about pop culture for over a decade. His work appears at Vanity Fair, mental_floss, /film, and more. Ask him for other ways to keep you up at night @scottmbeggs.