The Best Science Podcasts That'll Help You Comprehend the Universe

Even though most of us walk around with tiny supercomputers in our pockets, and possess the collective knowledge of all humanity at our fingertips, let's be real for a second: our scientific literacy levels are severely lacking. Just ask the goofballs who got tricked into campaigning against water.

Of course, not everyone can spare the time to take night classes at The Learning Annex, so we've got the next best thing: the best damn science podcasts around, ripe and ready to download. Best of all, unlike your 10th-grade chemistry teacher, these lessons won't put you to sleep.

If you're OK cranking the Britishness level up to 11, Infinite Monkey Cage is your jam/Marmite. The show's hosted by Robin Ince (a comedian) and Brian Cox (a physicist), and generally features three guests (two scientists and a comedian) who take part in a roundtable-style discussion on a particular topic, ranging from mysticism and the science of sound to parallel universes and climate change. The result is simultaneously funny and thought-provoking, with non-scientist guests often spinning topics into directions they otherwise might not have gone. Originally broadcast on BBC's Radio 4, the podcast version of the show is generally a bit longer and features coarser language -- both good things.

In an age when talking heads regularly blur opinion and fact, having someone to sift through the "woo woo" is more important than ever. Enter Science VS, a relatively new show that takes on contentious topics -- like organic food, e-cigarettes, and the mysterious female g-spot -- in an attempt to separate the fads from the facts. Listeners will confront some uncomfortable truths, but host Wendy Zukerman's light-hearted Aussie narration helps prevent Science VS from feeling overly confrontational. Think of it as a sort of audio version of Penn & Teller: Bullshit!, but with less f-bombs/magic tricks.

We singled out Radiolab's "The Rhino Hunter" show one of the best podcast episodes of 2015, but truth be told, all of the series' fascinating scientific deep dives are well worth your attention. In addition to its thorough examination of topics ranging from single-celled organisms to the Periodic Table of Elements, Radiolab's claim to fame is its immersive production style, which incorporates thematic music and sound effects to establish tone throughout each episode. This signature style can be somewhat polarizing, in that you'll either love it or it'll drive you crazy. If you're in the latter camp, don't worry: there are plenty more shows on this list.

Despite the sexy title, this show has less to do with scantily clad brainiacs than the stripping down of complex scientific topics for the non-PhD candidates among us. Whether they're answering outside-the-box questions from listeners (Do fish fart? How old is the average atom?) or interviewing guest scientists on the nature of medicine, the rotating Naked Scientists hosts do a bang-up job of teasing out the interestingness of the world around us. There's also a recurring "Kitchen Science" segment that features experiments listeners can do at home (like building a desktop trebuchet), as well as ones that might be a bit trickier (like testing how much fat it'd take to stop a bullet).

Stuff to Blow Your Mind

Whether it's GMO mosquito factories, the mysteries of Saturn's rings, or the ancient Chinese practice of ghost marriage, Stuff to Blow Your Mind regularly turns out lengthy podcasts on heady topics you'd never think to research. Hosts Robert Lamb, Joe McCormick, and/or Christian Sager (the latter two switch off sometimes) get the ball rolling slowly, and then before you know it, you've paused three times in 10 minutes just to Google the madness they're spouting. It's all true, of course -- or at least factually accurate -- and if your mind hasn't been blown at least once by the time the episode's over, you clearly weren't paying attention. 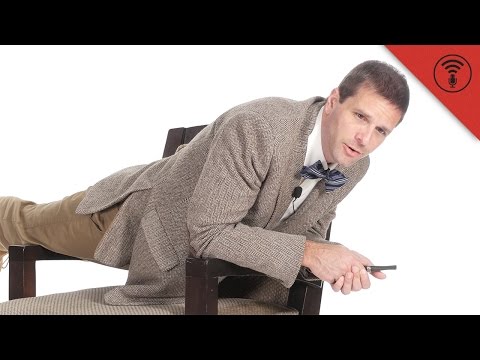 Stuff You Should Know - HowStuffWorks/Youtube

Stuff You Should Know

While not quite as science-dominant as the aforementioned Stuff to Blow Your Mind, SYSK's broad mission statement frequently takes the show in investigative territory, covering topics like night terrors, chaos theory, radiation sickness, steadicams, and body language. The easy chemistry between hosts Josh Clark and Charles W. "Chuck" (aka “Chuckers”) Bryant, coupled with the thorough research done on each topic, makes this show feel less like a lecture than sitting in on a conversation between old friends -- friends who happen to have thoroughly researched a topic.

Hosted by renowned science communicator, astrophysicist, and all-around nerd hero Neil deGrasse Tyson, StarTalk stands at the intersection of science and pop culture, with particular attention paid to the world beyond planet Earth. Most shows see Tyson and his co-host Chuck Nice either addressing "Cosmic Queries" from listeners or discussing a topic in between clips of an interview between Tyson and a special guest (ranging from rockstars of the science community to crossover stars like Al Gore). If you've ever heard Tyson speak before, you know what you're in for here: deep scientific revelations, delivered in a resonant voice that could make Uranus blush.

What began in 1991 as a radio show has grown into a multi-armed science education platform, including digital videos, web articles, and of course, a super-informative podcast. Hosted by Ira Flatow, the SciFri show tackles a handful of topics each week, including a brief "this week in science" news segment followed by several more in-depth segments on topics like canine communication, the relationship between neuroscience and abstract art, and the ways a wine's color can affect your perception of it.

Note: Although podcasts are usually downloaded and consumed on the go, the Science Friday website actually offers a superior experience to mobile listening. Each SciFri episode is broken down into its component segments, which include brief blurbs and full transcripts, allowing you to pick and choose the bits that interest you most.

The Skeptics' Guide to the Universe

With nearly 600 episodes, spanning all the way back to the heady days of 2005, SGU is one of the more prolific series on this list. Each week, Dr. Steven Novella hosts a new 80-minute episode featuring the show's regular panel (including Novella's two brothers and neuroscientist Cara Santa Maria) plus a special guest, exploring recent scientific developments and interviewing notable figures in the science/skeptic community. Don't let the backlog deter you: the best way to start is to dive in headfirst.

Of course, this being a skeptics podcast, there's a fair bit of time devoted to deconstructing pseudoscience, conspiracy theories, and the paranormal. Squatchers need not apply!

If you heard Cara Santa Maria on the Skeptics' Guide and thought "Man, I wish she had her own podcast," then you're in luck -- she totally does. Each episode, Santa Maria sits down for an hour-long discussion with people from a wide variety of fields and disciplines -- from NASA astrophysicists and artists to philosophers and YouTubers -- for an in-depth discussion into their chosen field. The conversation can (and often does) spiral outward into unrelated topics, but through it all, one theme remains constant: the importance of down-to-earth, well-informed science communication. 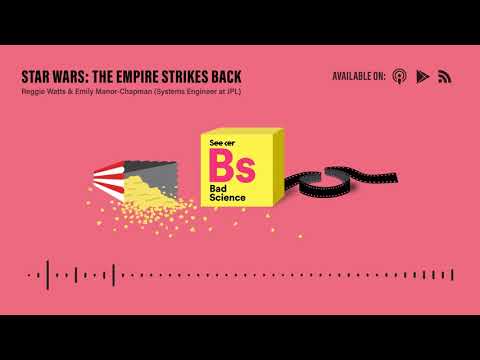 Seeker’s new podcast is putting movies under the microscope. Infinitely curious host Ethan Edenburg sits down with a comedian and a scientist to break down the inaccuracies of a particular film. In episode one you’ll hear Reggie Watts and a Nasa Systems Engineer dive into Star Wars, and episode two features Doug Benson analyzing Back to the Future with two physicists.

Bad Science keeps things fresh by involving fun games like “Carl Say-Again”, in which experts explain scenes that are filled with scientific jargon. If you love comedy, movies, or science, this show is for you.

Gianni Jaccoma is an editor at Thrillist, and spends 99% of his free time listening to podcasts. Follow him on Twitter @gjaccoma