Ahead of the premiere, we spoke to Kroll about some of Big Mouth's craziest jokes, his favorite toons, and what the hell Gil Faizon and George St. Geegland have been doing with their free time. 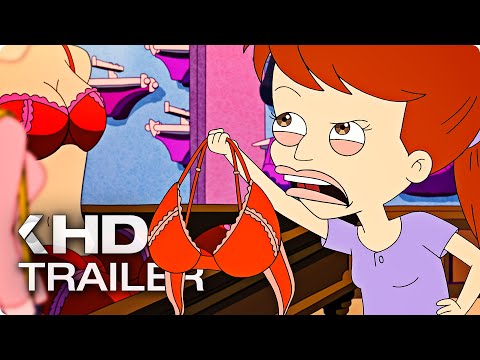 Thrillist: Big Mouth often goes from being wild and surreal to grounded and educational. What were those tone conversations like in the writers' room?
Nick Kroll: We navigate a bunch of different tones because something like puberty and adolescence is not a simple thing. I don't think people connect that so much of what's happening to your body is also happening to your emotions. That means there are going to be really funny moments, really angry moments, really sad moments. There are a lot of confusing things, like going to a sleepover at a kid's house, where there are older brothers around and crazy stuff's happening, peer pressure from girls, figuring out of if you're gay or straight, trying to control how much you masturbate, having access to pornography, issues of consent. We were always trying to honor how tricky and nuanced that time of life is.

Why was animation the best format for that?
Kroll: In the first episode of the show, Nick's character sees Andrew's character's penis. There's not a world where you'd see a live-action show of a boy seeing another 13-year-old boy's penis.

Animation lets us talk about and do things you can't do in live action. It's the reason we've seen animated movies continue to do well, while other movies struggle. It's a world where you can tell great stories and have people connect with those characters but also not see them directly -- it immediately gives you a point to leap off from and allow you to create some version of, "OK, they're telling stories here and they're based on real things and real people and real emotions, but it's an animated show so we can suspend our judgment."

It does seem like you get away with a lot, though. The Garrison Keillor jokes in Episode 7 are insane!
Kroll: Yeah [laughs].

Who came up with the idea to cut his head off and have sex with it?
Kroll: Before we even got to what happens to Garrison Keillor, I think we were pitching on, "What is the kind of thing that would make you not have a boner?" Like, here's a picture of your grandma. Or, think about sports. That kind of stuff. Our goal is always, "OK, what's the obvious joke here? Or, What's the joke we've seen before? And then, How do we then take that idea and find a weirdly specific reference or version?"

I don't remember exactly how Garrison Keillor came up, but first we built in that [anti-boner] joke, and then we knew we were writing this bizarre nightmare, so everything got heightened. At the end, it felt like, if you're having an extreme nightmare, the worst thing we could do would be to do what we did. The beauty of the show is that we then get to be meta and talk about how crazy, weird, and disturbing it is what we did to Garrison Keillor -- who I'm a fan of! I used to listen to A Prairie Home Companion.

Did you guys have a test for jokes like that?
Kroll: There's a lot of stuff that we just put in there because it makes us laugh. The beauty of animation is that at every stage you get to see how stuff is working. For example, we'll see how a Joe Walsh [from the Eagles] joke does at a table read. If it works at the table read, we'll make an animatic. If it's still working there, we'll see what happens when it comes back from color four or five months later. And if you're like, "OK, this is still making all of us laugh, even though not everyone knows who he is," we're keeping it.

The Garrison Keillor thing is like [laughs], "OK! This joke seems funny and weird." And Jon Daly does a very funny Garrison Keillor, so we'll keep it! But then it's like, "We need to be above the frame when the Hormone Monster does what he does because that's too much." Animation provides so many opportunities that are stopping points or moments to push further.

Were there any jokes that went so far they had to be cut?
Kroll: Not a lot. After that weird wet-dream sequence [in Episode 7], there's a moment where Coach's Hormone Monster gets horny, and someone says to "suck his sick little dick." There was a moment where it just got even more graphic, where someone was pulling a thermometer out of his sick little penis. It was disgusting! And Netflix was like, "Guys, we think maybe this is the line." And we were like, "Oh, we could not agree more!" But in almost every stage we decided to push whatever it was as far as we could, whether it was a crazy Garrison Keillor joke or a truly emotional moment -- like when Jessi's parents have an affair and start to go through a divorce. It's incredibly real and emotional, in a way I don't think a lot of TV animation goes for.

What other animated shows do you like right now?
Kroll: [Co-creator Andrew Goldberg] worked at Family Guy for many years, and had a lot of experience from there. We both grew up watching The Simpsons. I've really enjoyed seeing what BoJack Horseman and F Is for Family have done and shown what you can do on a service like Netflix. Rick and Morty is incredibly funny and innovative right now. Archer and Bob's Burgers -- Loren Bouchard, who created Bob's Burgers, was actually really kind and generous with us about his process. All those shows were either influences or helped us understand how to do this kind of stuff.

How did you determine the order and structure of the episodes?
Kroll: You have 10 episodes to make a show, you try to fill 'em and make every episode interesting. We definitely thought we had really strong stories going from episode to episode, but also having been friends with Aziz [Ansari] and seen the way he did Master of None, we got some bigger theme ideas.

At the end of the pornscape episode we see Jessi and Jay hit the road together. What does a Season 2 look like if you get one?
Kroll: Netflix knows how their shows work. They said there are worse things in the world than giving people a cliffhanger to play with, so that people will want to come back and see what happens to these characters. There's still a lot of story to tell around puberty and adolescence, but also we've created these worlds for these families and kids and there's a lot of stuff for them to discover and explore. The thing with adolescence is one thing sparks and leads to another. It's the first time the kids can begin to make decisions for themselves -- sometimes they're good, sometimes they're bad. There are also feelings that we're going to hopefully continue to explore, a lot of stuff that it feels like we've just scratched the surface of.

You also just had Oh, Hello hit Netflix recently. Will we ever get to see George and Gil again?
Kroll: Yeah, those guys like being in the limelight too much to ever go away for good. They call us every day with new pitches for ideas; they're all pretty terrible and involve bikini models. John and I would love to do more with them -- obviously we've been making this show, and John's been on the road doing stand-up. But George and Gil haven't gone away. They're furiously working on new stuff that they keep sending via snail mail because they don't have email and they don't believe in fax machines. They've just been sending us reams of paper. It's largely nonsense, and some of it seems like more of a manifesto, but once we have time to cull through and edit down what they've sent us we'll do something again.