Unlike other documentaries on The Notorious B.I.G., 'Biggie: I Got a Story to Tell' focuses mostly on his life before fame.

Die-hard rap fans have known since The Notorious B.I.G.’s second and final studio album Life After Death that the legendary Brooklyn rapper had a story to tell, but Netflix’s new original documentary about the hip-hop icon reveals how so much of his story has actually gone overlooked for decades. Thanks to rare footage captured by Biggie’s childhood friend Damion “D-Roc” Butler—who was vlogging decades before it was cool—and archived in-depth interviews, Biggie: I Got a Story to Tell offers an expansive look at Christopher Wallace’s meteoric rise as a rapper, his evolving psyche, and his unrealized ambitions.

“They say a picture will say a thousand words. I was like, ‘Well, fuck, what would a video do?’” D-Roc states in the documentary’s opening moments, and shortly after, viewers see glimpses of Biggie’s personality that they’ve likely never seen before, from him goofing off and singing Jodeci to him trying to stay positive while enduring a scorching ride on his tour bus with his entourage.

In contrast to the solemn and menacing demeanor that’s regularly seen in iconic photos of the rapper, Biggie: I Got a Story to Tell shows his vast array of emotions and tendencies. Scenes reveal that while Biggie was relentless in the booth, he was compassionate towards his friends and family, and that even when he started taking music seriously, Wallace was having the time of his life.

One of the best creative decisions that Netflix’s latest hip-hop documentary makes is grounding much of Biggie’s story in Brooklyn. By doing so, viewers learn about the legendary rapper’s background, from his Jamaican roots to how he first navigated Brooklyn as the child of an immigrant. Biggie: I Got a Story to Tell holds off Wallace’s commercial breakthrough with 1994’s classic rap album Ready to Die for as long as possible in order to thoroughly explore his upbringing. 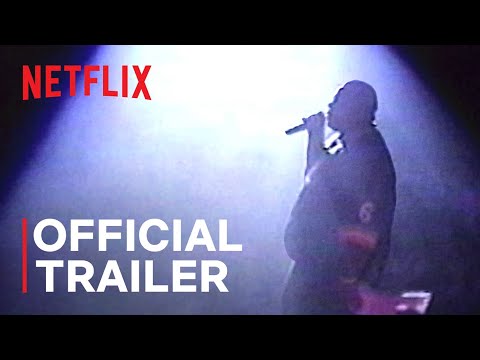 Those who knew Wallace best—from his mother and childhood friends to his disparate neighborhood mentors, jazz saxophonist Donald Harrison, and former drug dealer Michael “Chico Del Vec” Abrahams—offer their voices to contextualize Biggie's early life in Brooklyn's Bedford-Stuyvesant neighborhood. Their contributions to the documentary provide incredible insight to Wallace’s demeanor growing up, as well as detailed accounts regarding his early forays into both music and hustling on the street, both of which are crucial to his life story.

Interviews with celebrities such as Diddy, Mark Pitts, Lil Cease, and Faith Evans also help annotate Biggie’s transition from the streets to becoming one of hip-hop’s most popular (and enduring) acts. The film’s footage and interviews combine for a compelling account of Wallace’s origin story, and once it finally reaches the successful release of his debut album, the celebratory footage feels all the more glorious.

Of course, Biggie’s career and life changed forever leading into his sophomore album Life After Death, and the documentary handles his infamous feud with Tupac in a profoundly interesting manner. After quickly touching the origins of their beef and Tupac’s death, it was revealed that Biggie—despite the fans and media’s ongoing obsession with the East Coast v. West Coast beef—had moved past that, with dreams of expanding his empire beyond music and, more importantly, a voracious desire to live.

Documentaries and exposés typically opt to paint the time period leading up to Biggie’s death as chaotic, depressing, and shrouded in enigma, but Netflix’s new effort provides a clearer representation of his psyche at the time that insists on celebrating his joys and greater ambitions. From Faith Evans attesting that Wallace cried upon hearing the news of Tupac’s death to Diddy confirming that Biggie was more motivated and inspired than ever before, the documentary reveals that Wallace was dedicated to using his music to mend the wounds of the East Coast-West Coast beef and shift everything in a more positive direction moving forward.

Rather than giving viewers yet another documentary focused on the lead-up to Wallace’s still unsolved murder, Biggie: I Got A Story to Tell simply celebrates his life and adds a bit of light to the dark cloud surrounding his untimely death on March 9, 1997. The rapper was so much more than a tragedy in the sensationalized beef between the East and West Coasts in the 90s; Christopher Wallace was the magnetic, inimitable, and ambitious artist known as The Notorious B.I.G. That sentiment is what makes Netflix’s Biggie: I Got a Story to Tell such a pressing and meaningful addition to the lore of one Hip-Hop’s all-time greats.